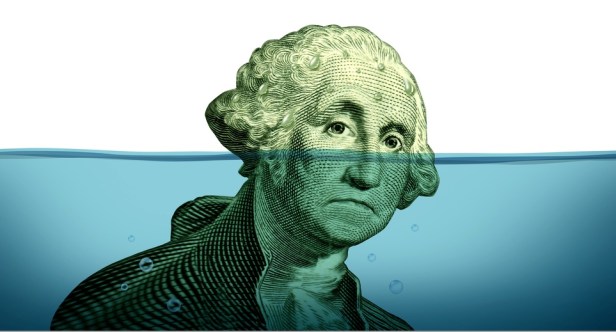 This post is written by Jeremy Liew of Lightspeed Venture Partners.

When we think about a company getting acquired, we tend to remember the biggest successes: YouTube, Instagram, and other $1 billion dollar plus exits. But startups are hard. Even with a great product and a great team, sometimes the market fit or the timing just isn’t right. Recent research at Harvard Business School found that as many as three-quarters of venture-backed startups fail. There are plenty of companies that get acquired in smaller deals. So if you are a founder that has realized the time is right for you to sell, how do you estimate what a realistic price might be?

First, realize that startups are bought, not sold. It is very hard to initiate a sales process. When it becomes clear that selling your company is the best course of action, it’s important to do everything you can to raise the profile of your startup amongst potential acquirers. You don’t want to be waiting by the phone on prom night; you’ve got to do everything you can to get asked well in advance. Raising your profile among prospective buyers is one of the best reasons for having proactive PR and Business Development. One of the key drivers of valuation is simply the number of bids you get. The more, the merrier.

Now, assume you’ve been able to gather more than one interested party to your company. The range in valuation you might reasonably expect is largely a function of the type of acquisition that you’re looking at. Here are some of main drivers behind acquisitions:

SOFT LANDINGS AND ACQUIHIRES: If the product isn’t getting traction and the company is running out of cash, a founder may look for a soft landing for the team and some recovery for investors. Low, single-digit millions or below is likely, based on number of people in the team (multiply each by a few hundred thousand dollars). One anchor point for valuation might be the amount of preferred stock, but you are unlikely to get more than your last round of valuation. In many cases, more “soft landings” than acquihires, founders and investors may get nothing at all, because the primary objective is simply to secure jobs for the majority of the team. You typically don’t hear about these acquisitions because the company is not well known and the acquiring company will not issue a press release about the news. David Lee from SV Angel recently wrote about these acquisitions and notes some advice for how to pull them off.

ROCK STAR ACQUIHIRES: In the last few years we’ve seen some well known and incredibly talented repeat entrepreneurs start companies. Due to the quality of the team, these companies seldom fail completely. But although the product may be growing and getting some lift, it may not be growing exponentially. The company may have runway to go a while, but it may not be clear if it will be a massive hit. And often there are larger companies who covet the talent and leadership. Deals around these “Rock star” acquihires can be in the $20-50M range, based on the founders’ reputations, the number of people on the team and how awesome they are (product people, designers, and engineers are generally the most valuable employees to an acquirer). Anchor points might be up to 2-5x the last round of valuation. Examples of Rock star acquihires would include Friendfeed and Spool, both acquired by Facebook.

TACTICAL ACQUISITIONS: Let’s move to clear successes. Suppose a company is working, meaning that it has found product-market fit and is growing nicely. An acquirer might look at the startup and conclude that by owning it, the acquirer could do something that they are already doing, but do it better, faster, cheaper, or in a new geography or vertical. This ends up being a build vs. buy decision, and valuation could be in the $100-300M range. Valuation is determined by the value attributed to the acceleration of improvement that the target brings to the acquirer and can be a single digit multiple of revenue. Examples might include Flixster’s acquisition by Warner Brothers, OMGPOP’s acquisition by Zynga, or TicketMonster’s acquisition by LivingSocial (disclosure: Fixster and LivingSocial are both backed by my firm Lightspeed).

STRATEGIC: In this case, the company isn’t just working, it’s kicking ass. Buying the company allows the acquirer to do something that they can’t do on their own. Not better-faster-cheaper, but a Brave New world. This may be due to breakthrough technology, or due to a massive audience, or something else. It could be ownership of “beach front property” that is highly desirable due to scarcity, e.g. a top 20 Internet site. But it is something either that threatens the core business of the acquirer, or threatens the core business of a major competitor to the acquirer. Valuation is not based on any metrics but on scarcity and competition among acquirers and the strategic value at stake. It can be well into the 9 or even 10 figures. The top end of valuation is only determined by the market cap of the acquirer – likely sub 10-20%. Examples might include Playdom’s acquisition by Disney, Doubleclick’s acquisition by Google, Nicira’s acquisition by VMware, and Instagram’s acquisition by Facebook (disclosure: Playdom and Nicira were backed by Lightspeed).

FINANCIAL: When does a startup stop being a startup? When a company finds product market fit, hits fast growth, but has started to find the top of its S curve. The company may even have reached profitability, but growth has slowed to low-mid double digit percentages. In these cases, the company is often valued by an acquirer as a multiple of EBITDA, perhaps in the 20-50x range. If the company is big enough, a clear path to IPO can put a floor on valuation, if it isn’t public already. Examples might include Right Now’s acquisition by Oracle and Nextag’s sale of a majority stake to Providence Equity Partners.

There is high variability in all of these ranges, and there will be outliers in each case. But hopefully these ranges will help give founders some guidance about how their companies might be valued.

Jeremy Liew is a managing director at Lightspeed Venture Partners where he invests primarily in the Internet and mobile sectors with a particular interest in massive-scale social media, commerce, gaming, financial services, and methods for increasing monetization. Jeremy’s current investments include LivingSocial, Bonobos, Kixeye, PetFlow, Slice, ShoeDazzle, The Honest Company, and Zest Finance. He was also responsible for several Lightspeed investments which have had successful exits including Playdom (acquired by Disney), Flixster (acquired by Warner Brothers), Kongregate (acquired by GameStop) and Serious Business (acquired by Zynga). If you found this post useful, you can follow Jeremy and Lightspeed on @lightspeedvp or check out the Lightspeed blog at http://lsvp.com/blog/.