As Barbara Belvisi and Alexis Houssou were working with hardware startups about three years ago, the pair of venture capitalists noticed again and again that the companies faced the same set of problems.

How to find a manufacturing partner? How to raise money? How to get on store shelves? How to get a product on Amazon? How to hire the right employees? How to manage customer feedback?

For all the buzz about a new age of hardware startups, it seemed they were in danger of hitting a wall.

So two years ago, the pair launched the Paris-based Hardware Club as a way to rethink the models for incubators and how to get venture capital to companies building physical products. The idea was to first build a networked community of hardware startups that could help each other, and then to create a venture fund to back the best of the bunch.

The results so far have been impressive. Since the official January 2015 launch, Hardware Club has selected 241 applicants to join its community, out of 3,000 applications. The company has established a seed fund and is getting ready to announce a Series A fund. It’s written 10 seed funding checks for $100,000. And as part of its growing ambitions to help its startups, Hardware Club has plans to start opening physical retail stores in 2017.

“We looked at what was going on with hardware and [the Internet of Things],” said Belvisi. “When we dug a little bit more and looked at hardware startups, we thought this revolution was not going to happen, because everyone was reinventing the wheel and not cooperating. This is not going to happen if this ecosystem remains closed and everyone is fighting against each other.” 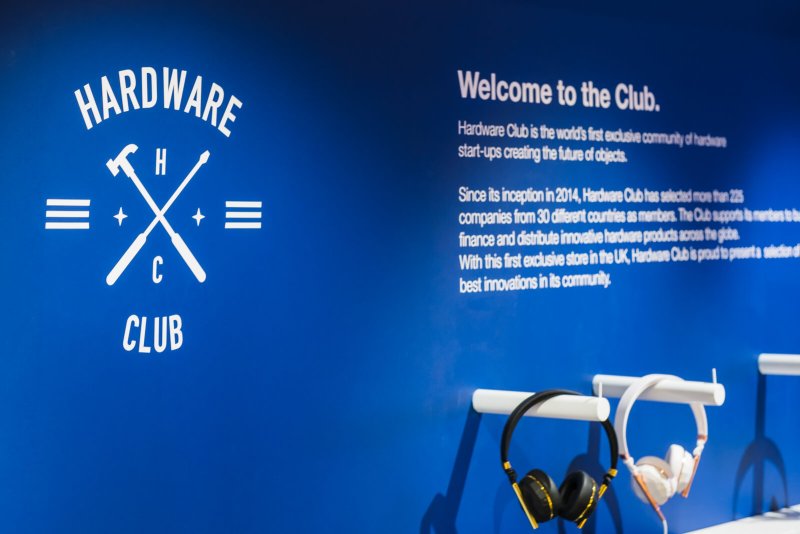 Belvisi and Houssou first met while attending business school in Lyon, France about a decade ago.

She is a self-described geek and has been a fan of robots, science, and design since childhood. He has a strong interest in finance and entrepreneurship. After business school, Belvisi worked in corporate venture capital for several years. Houssou cofounded a digital advertising company before going to work as a financial advisor at one of France’s largest banks, BNP Paribus.

In 2012, they formed Elephants & Ventures, which backed hardware and software companies. It was here that they saw the new wave of hardware startups, driven by crowdfunding, 3D printing, access to outsourced manufacturing, and the declining costs of building connected gadgets.

Yet they felt strongly that the traditional venture model didn’t really fit this new dynamic. Their search for a solution began modestly enough with a series of informal dinners with hardware entrepreneurs around the world, where they discussed issues they faced and solutions they had found. These meetings continued to draw more members, until the pair formally announced the creation of the Hardware Club in January 2015.

“Transforming a company supported by early adopters into an industrial machine designed for mass-production is incredibly hard and still requires an unparalleled level of skill,” they wrote on Medium. “While the emergence of accelerators, fab labs, and hardware-related meetups has made things simpler in the early stages, startups rarely have someone to turn to when they need to push the scaling button…The Hardware Club wants to change this. We want to be the catalyst of the Hardware Revolution and grow the Apple(s) of tomorrow.”

Hardware Club is first and foremost a digital platform that connects selected entrepreneurs. It is not a physical hacker space or incubator. There are no batches or classes. Instead, entrepreneurs apply and are vetted by Hardware Club’s network of advisors, and the best are invited to join. There is no cost to join, and companies give up no equity at this point. And they are not expected to finish or “graduate” within a certain timeframe.

Many of these startups have already done a crowdfunding campaign but need to follow through on developing the product and eventually producing it. Members of the club so far include Misfit, Click&Grow, Hyperloop Transportation Technologies, and Lima.

Once selected, they are plugged into Hardware Club’s platform, which gives them direct access to every other member and includes staff, product development, and data on specialties, experience, and location. It’s an instant place to seek advice, troubleshoot, and learn. The companies are scattered across 30 countries, though the largest concentration is in Silicon Valley (60). There is a Slack group for members that is so active and detailed that Belvisi and Houssou say that they have a hard time following all the simultaneous conversations.

Next, Hardware Club itself has signed on 120 large corporate partners. These include manufacturers like Foxconn and distributors like Amazon and Target. They also have transaction processing partnerships. The idea is that as each startup moves down the road, and Hardware Club is confident they are ready, the firm makes an official introduction to the company or service that can help the startup continue to develop.

“We think of it as a qualified LinkedIn introduction for startups,” Belvisi said.

As Hardware Club has grown, it has continued to examine what things are needed to allow its startups to scale. One of those pieces: a better retail experience. Even when these companies got their products on store shelves, there was no guarantee that the people in the stores would know how to display them well or how to demonstrate and explain them.

So recently, Hardware Club struck a partnership with Harrods department store in London to place a small pop-up store inside. The idea was that Hardware Club would design it, create the experience, and train the Harrods’ employees who would work in the space. 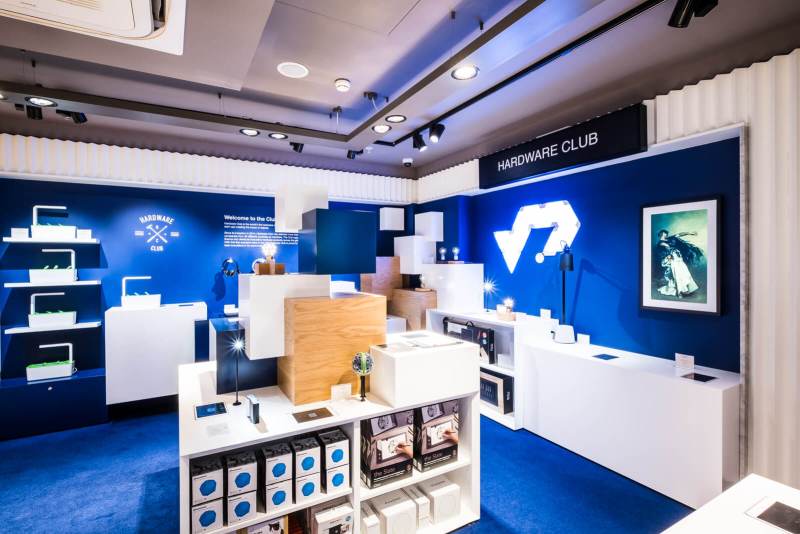 Above: The Hardware Club at Harrods.

Hardware Club brought in 25 startups to sell their products. Houssou said the space allowed customers to try the products and get detailed information from trained employees. From Harrods side, the company wanted to work with more startups but found it challenging to connect with the best ones and vet all the new gadgets.

The trial was a success, and Hardware Club will be expanding the concept to four new cities next year.

“We look at the startups and see what’s going on and find a solution,” Bilvisi said. “Startups were asking, ‘Can you do something?’ So we decided to build it ourself. It’s all about looking at what’s wrong and what needs to be fixed.”

Another gap was funding. Hardware Club already has what it calls a “pre-seed fund.” Now it’s planning to announce a Seed/Series A fund early next year to help the best companies continue to move forward and scale.

Hardware Club itself is also growing. It currently has offices in Paris, London, and San Francisco. And they’re planning to open a Tokyo office next year.

Of course, they are aware of the skepticism that exists around the hardware space, as people wonder about all the new gadget makers drawn to CES each year, and as high-profile flops like smartwatch trailblazer Pebble land in the ditch.

But Belvisi and Houssou are more convinced than ever that hardware entrepreneurship has a promising future. They look ahead and see not just solid entrepreneurs entering the space, but the opportunity for strong returns, like those enjoyed by Fitbit’s investors.

“There are good hardware companies out there that have good returns,” Houssou said. “A lot of VCs don’t understand how building a hardware company is different. It is different, and it’s difficult, but there are also a lot of advantages. If you look at the numbers on the VC side, there’s a very good case for investing in hardware startups.” 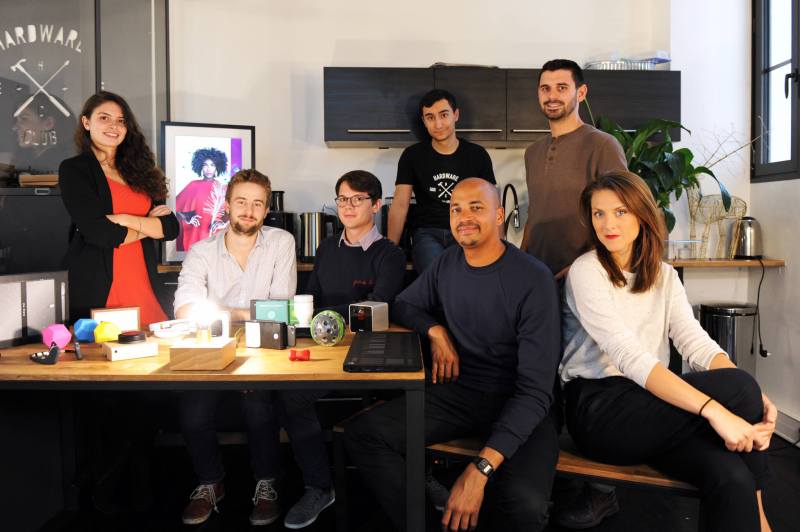