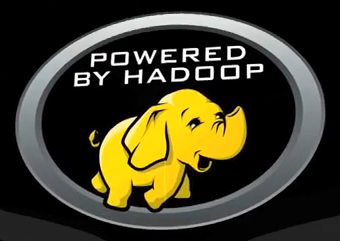 Enterprise software provider MapR announced a $20 million second round of funding today, with the goal of making Hadoop easier for companies to use.

Hadoop is open source software that allows companies to store data on clusters of cheaper servers and run software very quickly on top of those clusters. It organizes and prioritizes data, so often-used data is pushed to the top of the stack for easy access. Along with the organization, Hadoop uses a graphical user interface and heat maps to help data managers monitor usage and locate problems. The software also offers analytics for companies that want to watch their data to spot emerging trends.

“It’ll take a cheap commodity hardware which has storage and CPU power and it will allow you to store data and run operations in parallel,” explained vice president of marketing Jack Norris, in an interview with VentureBeat.

Hadoop is part of the Apache Software Foundation, which focuses on the development of open source software that allows anyone to run or change however they please.

Hadoop is currently used by Yahoo, Google and Facebook, but it’s complicated enough that companies with fewer technical resources than these giants might have difficulty implementing it. That’s where MapR hopes to help.

MapR is a distribution of Hadoop: It’s an edition of the software tweaked by MapR for ease of use. 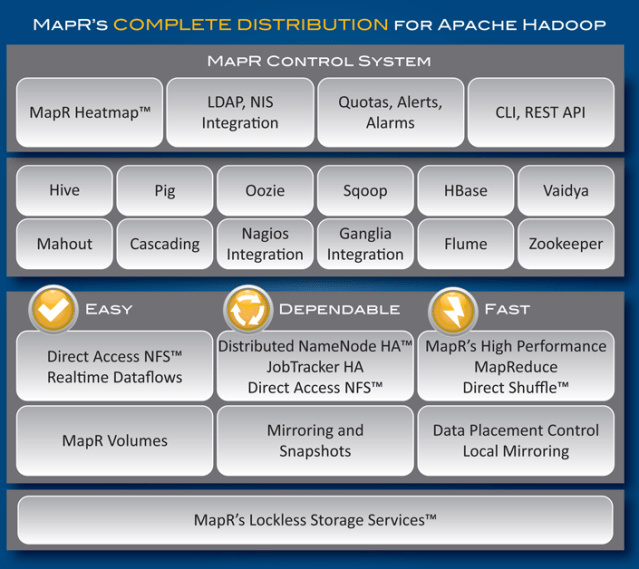 MapR’s software takes Hadoop and makes it safer and more efficient for enterprises to use. It does this providing support for Linux HA, support for random read/write storage (or the ability to overwrite data) and a native network framework system. The NFS was created by running Hadoop on top of MapR’s storage system, as opposed to Linux.

In addition to its storage system, MapR protects the data by providing snapshots of your data center operations to help with troubleshooting. It also mirror-saves all data, so that if one server goes down, your information is recoverable.

MapR plans to use its funding to scale its operations after seeing recent growth. The round was led by Redpoint Ventures along with existing investors Lightspeed Venture Partners and New Enterprise Associates.

The company was founded in 2009 and has since collected a total of $29 million in funding from the same investors. MapR is located in San Jose, Calif. and has 40 employees.