Facebook chief Mark Zuckerberg just released new stats on the early success of Internet.org and its plan to connect 5 billion people to the web.

So far, Zuckerberg claims his project helped bring Internet access to 3 million new people in the Philippines and Paraguay.

Zuckerberg stated in a blog post that Facebook plans to continue these efforts and will do so under the name of a new initiative: the Connectivity Lab. Zuckerberg says the project “will require inventing new technology” centering around “drones, satellites, and lasers.” 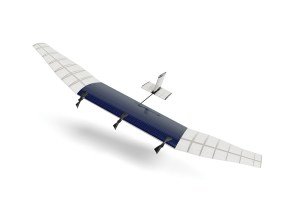 To enable such inventions, Facebook has hired away “key members” of Ascenta, a company “whose founders created early versions of Zephyr,” Zuckerberg states. Speaking with VentureBeat by phone, a Facebook spokesperson called the deal a “talent acquisition.”

According to Facebook’s Yael Maguire [below], the company’s methods of providing Internet access are extremely varied, depending on the target region.

Maguire claims that satellites are effective in low-density areas, but in suburban environments the organization is experimenting with solar powered planes, which fly 20 kilometers above the earth for months at a time.

Facebookers will develop such drones for the purpose of connecting millions more people around the world. That should benefit Facebook in its quest to acquire more users. But over time, the resulting technology could become available for other companies to explore, just as Facebook has shared its designs for data center infrastructure like servers in the past.

And now, with Facebook’s backing, the technology could be coming soon and iterated at typical Facebook speed, too.