I grew up in the kind of American small town that wraps its kids in kindness and surrounds the grownups in neighborly congeniality, a town where everyone knew everybody and everybody’s business. Mine was a town built on coke, the coal by-product used in the blast furnaces of the steel mills down the river.

At 18, I could not get out of there fast enough. So much was happening in the world, and it wasn’t happening in Scottdale, Pennsylvania. I went off to college, moved to Boston, then ultimately to San Francisco. That was more than 30 years ago, and like so many folks on the coasts, I began to see the space between San Francisco and Boston as “The Heartland,” or worse, “The Flyover States.”

In recent years, as civic debate has grown increasingly contentious, I realized I’d lost touch with the part of the country I used to call home. I wanted to change that. So I packed the car and hit the road. Over two summers, I drove 25,000 miles, most of them off the beaten path, looking to understand the layers of “disruption” technology has visited upon the small towns between here and there.

Ours is an amazingly beautiful country, and it is rapidly changing from an industrial powerhouse into a digital giant. When you get off the beaten path, you begin to see the impact of that change. Whole communities shuttered. Industries lost. Scrappy businesses doing the best they can to get by. You’ll also find amazing, resilient people in charming, if struggling, communities. Each one of them has a story.

What follows are two of those stories. 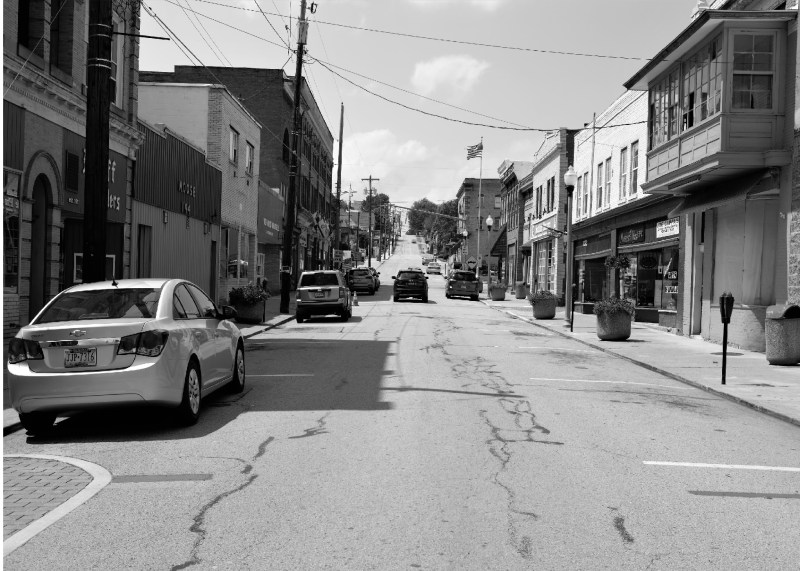 On a particularly warm Saturday afternoon in early August of last year, I stood in the middle of Pittsburgh Street taking photos of buildings that decades earlier were the beating heart of downtown Scottdale. It used to be you couldn’t find a place to park on a Saturday. There was enough business to support two drug stores, two hardware stories, a five-and-dime, a dress shop, barber shop, and a couple of grocery stories.

The town was built on coke money, but when I was a kid, it was Volkswagen that paid the best salaries. After VW stopped production of the Gulf and closed its plant, Sony got the tax incentives to move in. Everything was great. Until it wasn’t. Sony closed, and in an instant, the community lost much of its economic base.

Jaydene Nelson owns the pizza shop in town. (I’m not sure why, but struggling towns have an abundance of pizza.) She was on the school board when the Sony plant was shuttered. The school district took a $1 million hit to its budget, a devastating blow that forced consolidation and closures of the neighborhood school buildings. 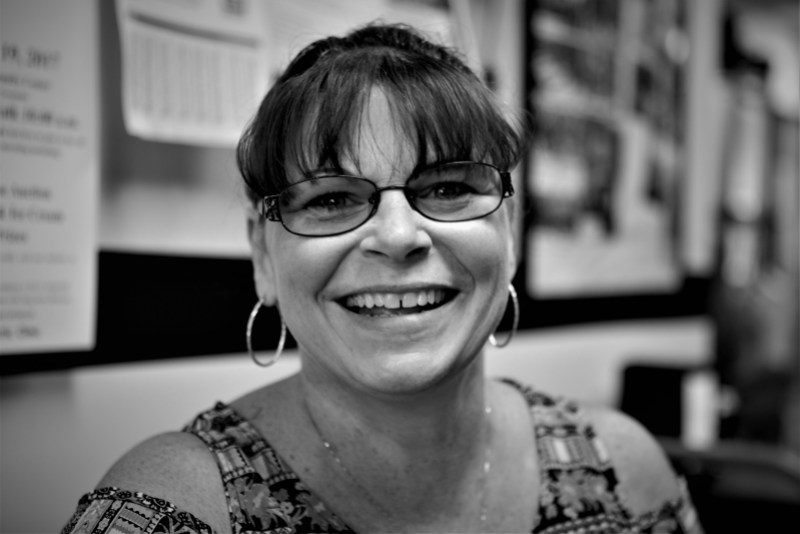 Above: A small business owner and one-time school board member, Jaydene Nelson has felt the gut punch of a major employer leaving the region.

Debbie Anthony worked in the school system for many years and has seen first-hand the transformation of this community. We were neighbors once. Her ancestors founded the town. Her family owned one of those hardware stores until it just couldn’t compete with the big box stores that sprang up on the outskirts of town. “Scottdale isn’t what it used to be,” she told me, “but it’s home.”

Scottdale isn’t so different from hundreds of other towns that have lived beyond their heyday. A slow leak of talent, jobs, and commerce has devastated these communities. Yet the roller coaster of boom-bust cycles has left people like Jaydene and Debbie skeptical of politicians and outsiders who come to town with big plans and little commitment to the community. “We need people who will come here, get to know us, and work with us on new ideas,” Debbie said. “It won’t work if outsiders think they know better than us.”

A long day’s drive south from Scottdale takes you to Badin, North Carolina. It’s a company town that lost its company.

Quite literally built by Alcoa in 1917, the company operated a smelting operation in the center of town for 90 years. To accommodate workers, Alcoa built houses, schools, a hospital, even a country club on the east side of town; housing and a school in the “Negro Village” on the west side. 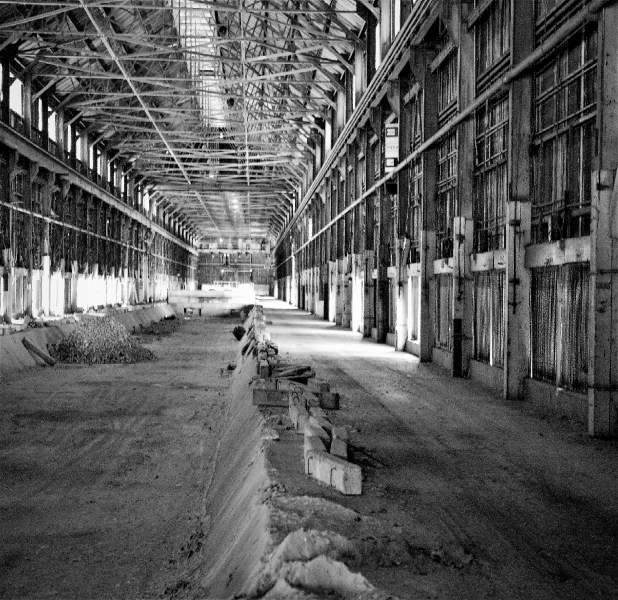 Ernest Peoples worked in the factory and – he suspects – through affirmative action was promoted to maintenance supervisor. He’s a town councilman now, and when I asked him what the town needed, he was pretty clear: opportunity. But opportunity that serves West Badin as fully as it does the east side.

Badin is now a town of 1,700 people, 600 of whom live in the state prison at the edge of town. “We are happy to count them,” says the town’s mayor Anne Harwood. Subsidies for prisoners help Badin “breathe through the straw” after the town lost half its tax base when the Alcoa plant shut. 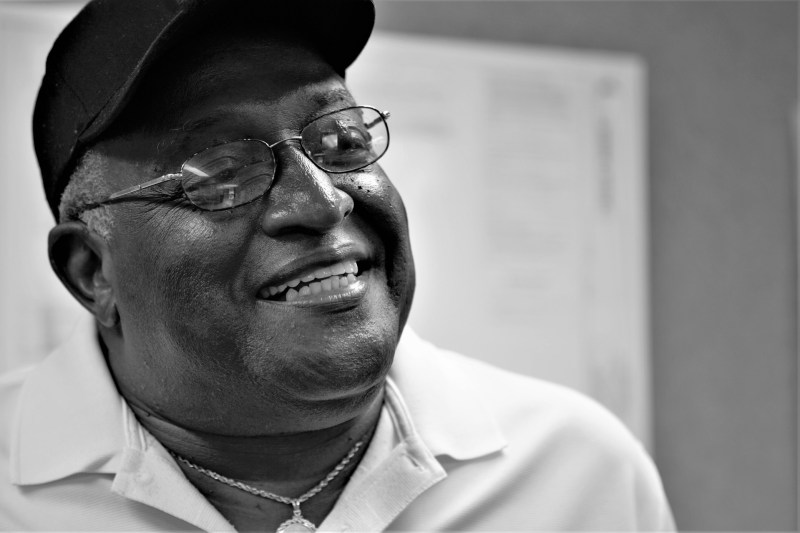 Above: Ernest Peoples once worked as a maintenance supervisor at Alcoa. Today, he’s a city councilman looking for “opportunity” for his once-thriving town. 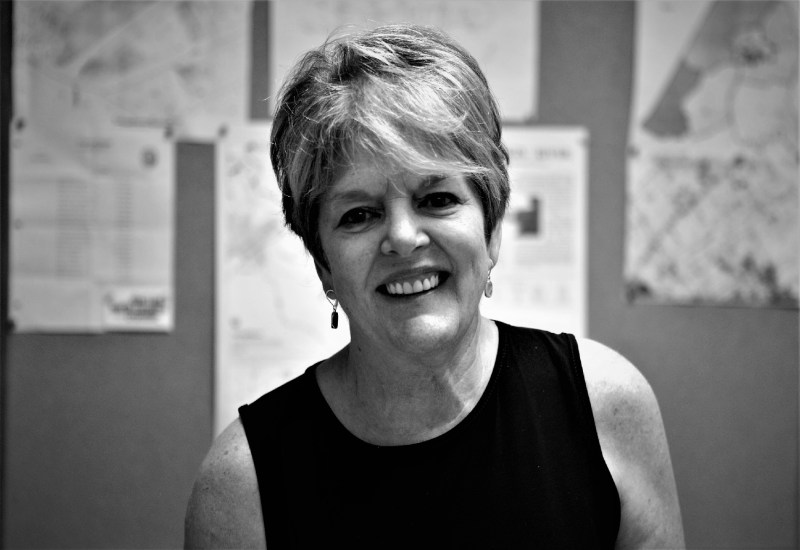 Above: Anne Harwood has cleared the obstacles and rolled out the welcome mat to new business. Now, Badin just needs entrepreneurs willing to take a run at business in this town of 1,700 people.

Where most people see a closed down factory, Mayor Harwood sees possibilities. But she needs help to realize them. As she gave me the tour of the town, we tossed around ideas: an entrepreneur-in-residence program (“Yes,” she said, “We need more entrepreneurs.”), an arts and music festival (“That would bring people to town?”), programs to attract new businesses (“We’ve removed all the obstacles to business creation.”) This mayor is one big “yes” to anyone who has a good idea.

Perhaps the biggest obstacle to business – and to the town’s future – was cleared in late February, when the Supreme Court refused to hear a long-adjudicated challenge to Alcoa’s right to generate and sell power. The town sits on a nearly 8.5-square mile lake formed when Alcoa dammed the Yadkin River to harness hydroelectric power to fuel the potlines in the plant. The State challenged Alcoa’s right to generate power for any other purpose than supplying its own factory.

With that hurdle cleared, Badin offers a low-cost source for renewable energy that could power all kinds of businesses – if entrepreneurs and growing businesses just thought to look there … or to dozens of other small towns like Badin where hydropower fueled the heavy industries last century. 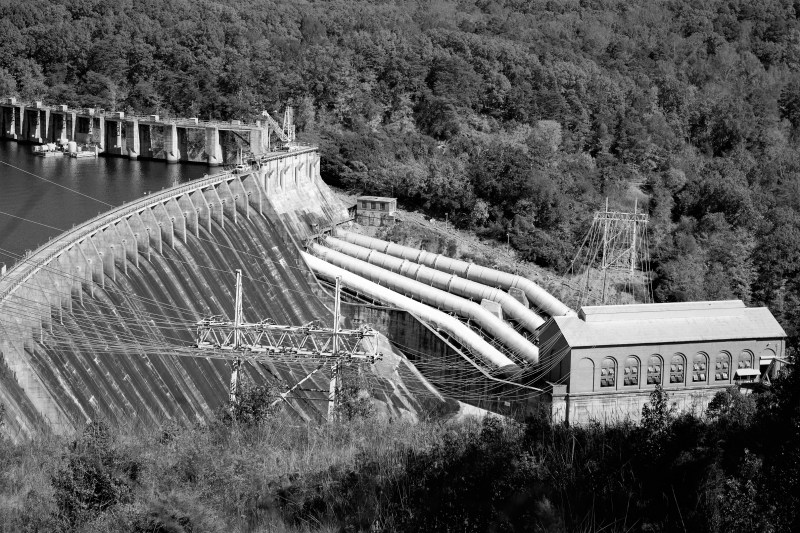 Above: One of three hydroelectric generating dams on the Yadkin and Pee Dee Rivers, the Narrows Dam provides affordable, renewable energy for businesses considering relocation to Stanly County, North Carolina.

From small town to Silicon Valley

As we think about a blueprint to revitalize most of America, we should look to the cities, of course. But we mustn’t forget the small towns. They are communities with an able and eager workforce, manufacturing experience, and physical plants ripe for conversion.

They were built by the steel barons of yesterday, and they are ripe partners for the digital industrialists of today. 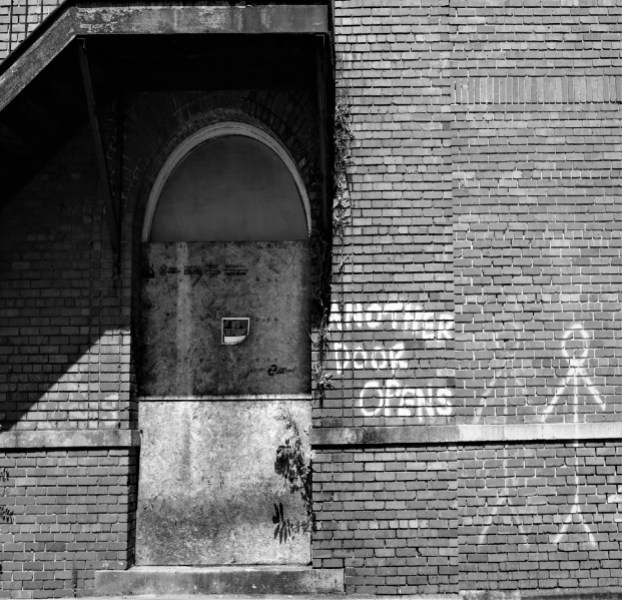 Above: Graffiti scrawled on the shuttered West Badin School captures the latent optimism of this small community. When one door closes, another door opens.

Image Credit: Chris Shipley
Chris Shipley is a writer, consultant, and innovation strategist. She cofounded two companies, including the startup media and consulting firm Guidewire Group. She previously served as executive producer of the DEMO conference from 1996 to 2009, helping more than 1,500 companies make their market debut. Prior to that, she was a writer and editor at Ziff-Davis. She is currently writing a book on the future of work and learning.