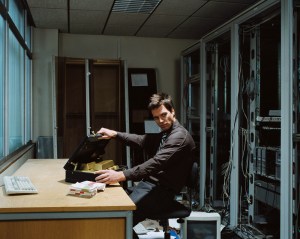 Meteor Development Group has pulled in $11.2 million in funding to make building client-side web apps super easy and super fast. This is the group’s first institutional funding round, and it’s a rather large one at that.

Meteor is open-sourced (under the MIT license) and JavaScript-centric. Meteor apps run in the browser rather than on a web server, and they grab data from cloud services as they run.

The Meteor team notes that some of the biggest names in web apps — Facebook, Google, Twitter, etc. — employ roughly the same technique. Meteor just scales it down for teams and apps that don’t have an army of high-genius developers at their disposal.

“We want to create the universal standard for writing this kind of application, and that will only happen through broad industry cooperation,” said Meteor co-author Matt DeBergalis in a statement.

“It’s clear to everyone that we need something new. Will it be Meteor? What we see today is that it is open source developers that drive the technology that is ultimately adopted everywhere else in the industry. So it depends on whether the open-source community chooses to rally around Meteor.”

The round was led by Andreessen Horowitz with participation from Matrix Partners and a few others. The question is, what the heck are a bunch of Silicon Valley fat cats doing throwing such a sizable sum at an open-source project?

“Eventually, we will sell additional tools targeted to larger enterprises that want to integrate Meteor with their existing on-prem and off-prem IT infrastructure,” reads a statement from Meteor.

“JavaScript is fast becoming the most popular programming language for web development and Meteor is front and center in the JavaScript community,” said Andreessen Horowitz general partner Peter Levine in a statement on the funding.

“By addressing simplicity and scalability, Meteor is a great platform for enterprise web development. We are delighted to be partnering with [the Meteor Development Group co-founders] as they build out the next generation web development tools.”

We love to see open-source diehards making good, both on delivering valuable tools and on making enough cash to be sustainable, so we’ll be keeping a close eye on Meteor.