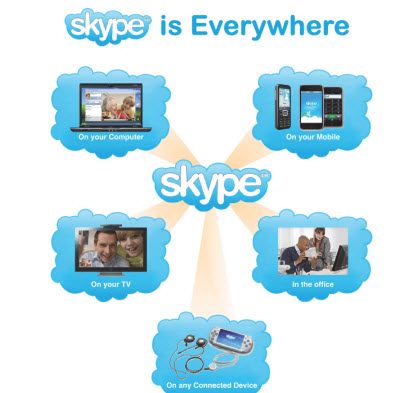 Microsoft this morning confirmed that it has acquired internet video chat company Skype for $8.5 billion in cash.

And just like that, Microsoft has become a key player in the world of video chat. The deal is also Microsoft’s biggest acquisition yet, which tells us the company is finally looking closely at the possibilities of video chat after seemingly ignoring the technology for years.

Early reports of the deal surfaced last night following on the heals of word that Skype has been in deal talks with Facebook and Google.

Microsoft says that Skype will support the Xbox 360 and Kinect; Windows Phone (which doesn’t support front-facing cameras yet) and other devices; as well as software like Outlook. The company will also continue support for Skype on other platforms like Mac and Linux.

Skype will be transformed into a new division in Microsoft, and Skype CEO Tony Bates will be president of that division.

While many are already calling this acquisition the end of Skype, there’s no doubt that the video chat company has a lot to gain from Microsoft. For one, it won’t have to worry much about its revenue problems anymore. Plus, Skype will finally be able to bring on more developers to polish its software — recent updates have added some cool features like group video chat, but the software has also gotten slower and more difficult to use in the process.

Of course, there is some reason for concern. Microsoft hasn’t yet proven it can deftly integrate an acquired company into its fold. And Skype already went through a failed acquisition by eBay in 2005, so the company must be worried about being mismanaged once again. But overall, it seems like both Microsoft and Skype may be able to benefit from this union.