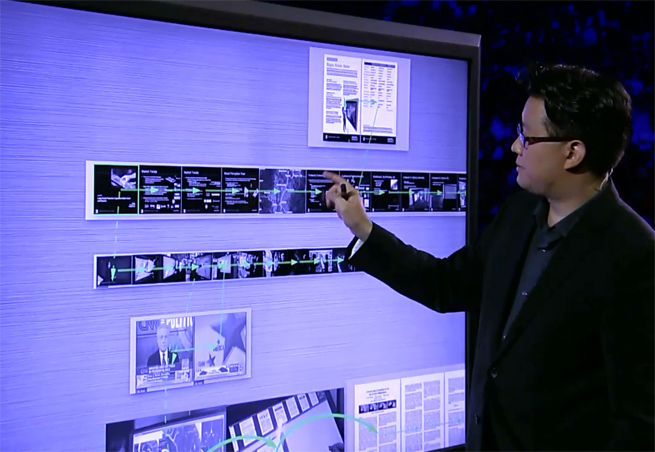 “The acquisition of PPI [Perceptive Pixel] allows us to draw on our complementary strengths, and we’re excited to accelerate this market evolution,” said Microsoft Office head Kurt DelBene, in a statement. “PPI’s large touch displays, when combined with hardware from our [manufacturing partners], will become powerful Windows 8-based PCs and open new possibilities for productivity and collaboration.”

The terms of the deal were not disclosed. Ideally, Perceptive Pixel can use its expertise to help Microsoft put giant multi-touch displays in conference rooms and classrooms around the world.

Perceptive Pixel might best be known as the company providing CNN and other news organizations with giant touch-screens that are used in election coverage. The company also provided the giant display that Microsoft CEO Steve Ballmer famously has in his office.

Jeff Han, Perceptive Pixel’s CEO, will join Microsoft’s team as well, and he’s a huge get for the company. Han has been a pioneer of multi-touch technology that became more pervasive when the iPhone, iPad, and Android devices started flooding the market. Time Magazine even named Han one of the top 100 most influential people in 2008.

Watch the video below to see Han (pictured above) showing us the company’s awesome technology about a year ago: