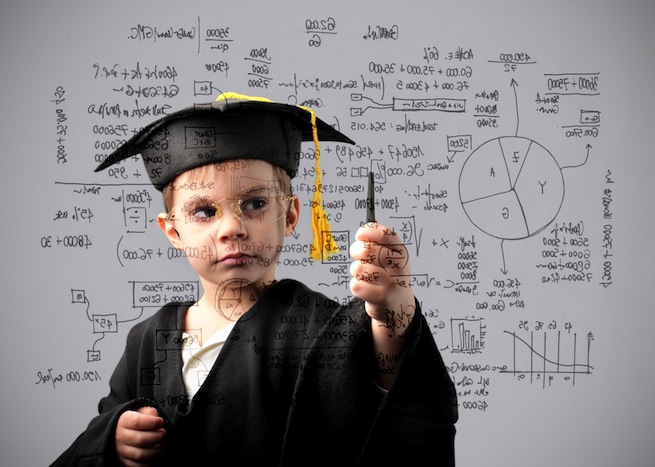 The Minerva Project, a new “elite university,” just announced it has raised $25 million dollars in seed funding from Benchmark Capital, the largest seed round the venture capital firm has ever invested.

“The demand for higher education has outstripped the supply. If you can identify the smartest kids in the whole world and reward them with great education, you can meet market demand and do good in the world,” said the Minerva Project’s chief executive Ben Nelson in an interview with VentureBeat.

The San Francisco-based company is out to reinvent American higher education with an intensely strong focus on academics and intelligence. The admissions process doesn’t consider your lineage, your citizenship, your ability to throw a football, or how much money your family can donate, and hopes to weed out the students whose athletic abilities or monetary status would otherwise help them get into college. In addition, the university plans to offer only “the most rigorous, analytical courses that synthesize such knowledge to prepare students to thrive in the real world,” which we can only assume means students won’t be taking random elective courses like “History of Rock and Roll,” that you may remember from your college days.

“We are in a world where knowledge is becoming more ubiquitous and free, so you’ll never seen a Spanish 101 or Economics 101 course at Minerva because it’s ridiculous for students to pay us money to learn stuff that they can go online and learn for free,” said Nelson.

Classes start in the fall of 2014 and you can bet the inaugural graduating class will be super-exclusive. The Minerva Project won’t have a physical campus; instead students will be based all over the world and connect via the Internet. Students will also be clustered together in metropolitan areas, living in private dorm-style apartments so they can get together for socializing and studying. Once a student graduates, The Minerva Project claims it will funnel resources into finding them a career, publicizing their talents, and will give students ongoing academic support.

The whole premise of the school does come off as a bit pretentious, but, it’s hard to disagree that the higher education system in America doesn’t always do the best job to prepare students for the real world. Having just graduated from college myself, I can attest that state-funded universities struggle to offer high quality courses to students, and that unless you have real-world skills you’ve obtained on your own, you’ll likely struggle to be relevant into today’s competitive job marketplace. A university such as The Minerva Project might produce better-prepared students than a typical university could.

Interestingly, while the school has an exclusive air about it, tuition is only $20,000 a year — lower than Ivy Leagues Yale and Harvard, which both charge about $38,000 per year.

The $25 million seed funding will be used to gain accreditation and hire faculty members. Of all things, Nelson is the former CEO of photo-sharing site Snapfish, but clearly Benchmark sees the value in his idea of an elite university, hence the substantial seed investment.