The company uses nanotechnology to get more oxygen to the right parts of organic material so it can speed up plant growth or improve the treatment of water. Used with corn, RainAg’s nanobubble-infused fertilizer can lift corn yields 16% and cotton yields 12%, the companies said.

In a world with a growing population and accelerating climate change, such improvements in agricultural productivity are welcome, Moleaer cofounder Warren Russell said in an interview with VentureBeat.

Nanobubbles are extremely tiny bubbles that are invisible to the naked eye. They are 2,500 times smaller than a single grain of table salt and remain suspended in water for long periods of time, acting like a battery that delivers oxygen continuously to the entire body of water. Moleaer’s nanobubble generators regulate and increase the oxygen levels in water supplies. As oxygen is consumed, the nanobubbles diffuse more oxygen into the solution, sustaining the level of dissolved oxygen. 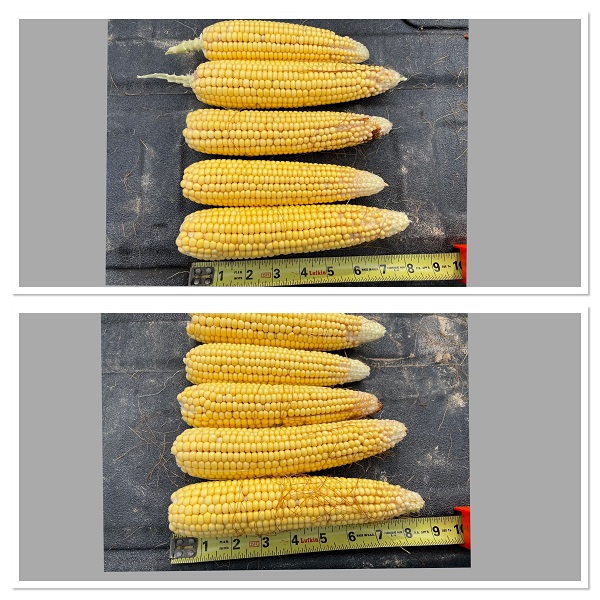 Moleaer creates the nanobubbles and uses machines to deliver them to the right source. It has partnered with RainAg to develop a nanobubble-infused fertilizer that enables farmers to reduce the amount of fertilizer used on crops, operational costs, risks from crop loss, and the environmental impacts to local water sources from increased phosphorus and nitrogen levels while achieving increased crop yields and profits.

This partnership highlights the positive impact nanobubbles have on commodity crops, including corn and cotton yields, Russell said.

He also said the capital expense of infusing nanobubbles into the fertilizer isn’t as high as might be expected. He acknowledged freight is one of the costs and said the company will have to set up a more efficient system to cover the far reaches of the U.S. Still, the tech has a pretty big business impact for RainAg, which has five employees and is based in Foley, Alabama. 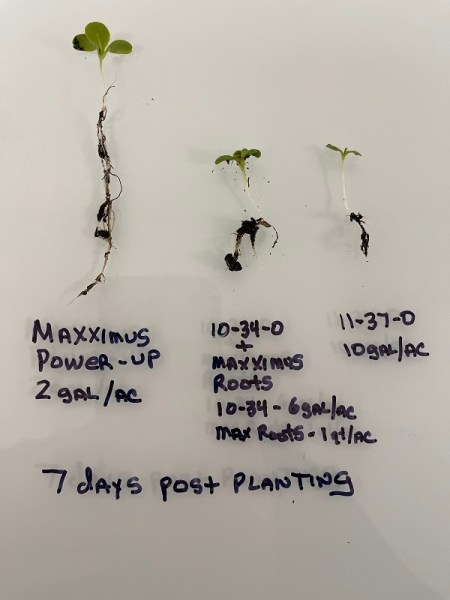 Above: Visible benefits of nanobubbles.

“When we treat our fertilizer with the nanobubbles, we’re able to see a significant increase in yield,” Ford said. “We’re seeing some pretty significant yield bumps on all crops.”

The benefits are also widespread. With pine trees, there was a significant reduction in mortality, and the tree were bigger.

“We tested it on a lot of crops, and we have many more tests this year in more states,” Ford said. “We’ve gone out into the Deep South and into the far West. In the soil, plants need air — oxygen being one of those components — to be able to metabolize the different nutrients. And so when we supply the air with the fertilizer … we’re enhancing the fertilizer efficiency, but we’re also maximizing the efficiency of the fertilizer.”

The results do show some variations.

“The soil conditions may be different, and the different reactions from one project to another and one location to another is fairly normal,” Russell said. “One of the key applications with RainAg is an application where they’re using the gas like oxygen to help keep nutrients like polyphosphates in suspension, rather than precipitating out and aggregating at the bottom of the tank. So if you look at, to be able to keep those nutrients evenly homogenized and suspended in solution, you can get better nutrient uniformity.”

In agriculture, Moleaer’s nanobubbles have independently been proven to improve irrigation water quality, resulting in a 50% reduction of crop loss by disease, increased crop resilience in high heat temperatures up to 110 degrees Fahrenheit, and reduction of Pythium levels of up to 94%, the companies said. 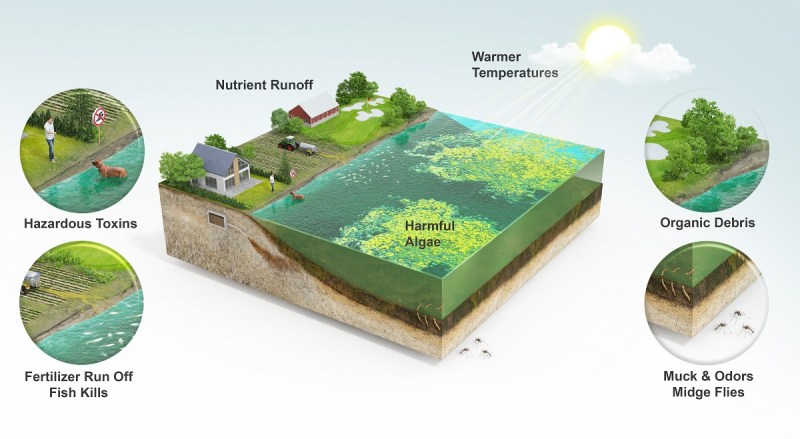 Ford said the Moleaer tech can increase oxygenation in the root areas of plants when compared with other methods. Moleaer’s patented nanobubble technology provides the highest proven oxygen transfer rate in the aeration and gas infusion industry — 85% compared to the typical 1% to 3% — according to UCLA professor Michael Stenstrom. The company says this high oxygen transfer rate enhances the productivity of industrial processes, from food production to water treatment to resource recovery.

The improved crop yields are the kind of thing Russell and cofounder Bruce Scholten envisioned back in 2016 when they started the company. The key is getting oxygen to the right places, whether it’s cleaning up murky water or keeping nutrients in the soil in contact with a plant.

“It’s been a rocket ship for sure,” Russell said. “There’s so much crossover between all these different industries. Even if you take water treatment, you’ve got biological components, you’ve got organic material, and you’ve got a way to support that biological process with air or oxygen. And there are some of the very same principles applied in horticulture.” 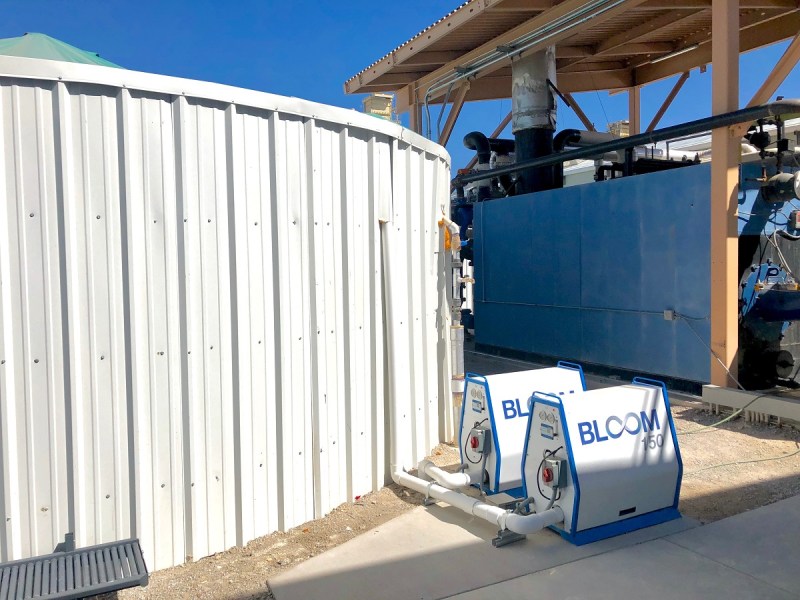 Through partnerships with universities, Moleaer has proven that nanobubbles are a chemical-free and cost-effective solution to increasing sustainable food production, restoring aquatic ecosystems, and improving natural resource recovery. Moleaer has deployed more than 1,000 nanobubble generators worldwide, and RainAg will be making more use of them in the future.

“We’re in full stride in the southeastern United States,” Ford said. “We have testing occurring right now in around nine other states across the country. We expect to see significant growth over the next three years.”

Added Russell, “They’re pretty close to a very big rollout with this.”