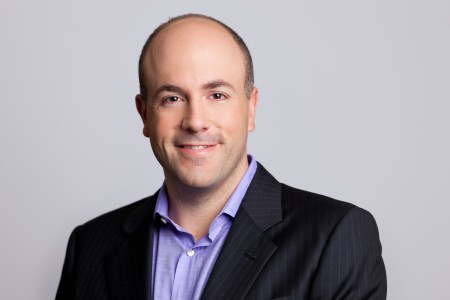 Former MySpace chief executive Mike Jones announced a new incubator he calls Science today, which he describes as a technology studio for startups looking to grow in Los Angeles. But is Jones giving past MySpace executives a first pass at the money?

“I think science speaks to the theory we’re going after,” said Jones (pictured right) in an interview with VentureBeat. “Scaling these businesses is much more a science than an art.”

Science is aiming to be the gateway for venture capitalists into the LA tech scene, by finding and producing great companies through a three step process. First, ideas and companies coming into Science will be incubated; second, they will be injected with strategic and operational advice; and third, exposed to late stage investments. Currently, the company has raised $10 million and is focused on funding the incubated companies themselves.

Jones doesn’t want Science to be like Silicon Valley accelerators such as 500 Startups or Y Combinator.

“A traditional incubator or accelerator is great for training entrepreneurs for three month class cycles, but at the end of the day when they walk out of the door with $50,000 in financing…that’s a tough place to be,” said Jones. “They’re still going to need structure around them.”

Science will be focused on smaller classes of potential companies, and is interested in verticals including e-commerce, mobile and social.

Jones was hush-hush on the companies currently in Science’s cycle, and perhaps for good reason. It appears that Jones may have filled out his first class roster with companies headed up by past MySpace executives, including Sean Percival, Tony Adam, and Mike Macadaan. According to sources, these executives’ companies have all recently received funding from Jones, and at least two of their startups fit into Science’s stated verticals of interest.

When asked, Science representatives declined to comment on whether the company has invested in the former MySpace executives. The company did say, however, that it finds startups through “various relationships they have with [their] investors, VCs, and fellow entrepreneurs.” Startups also introduce themselves to Science.

Jones is otherwise excited about the LA community and believes we’ll see a big, $1 billion initial public offering come out of the region soon. He recognizes the pitfalls LA has to work on, however, such as a lack of an angel investing community which keeps startups alive after traditional incubation. He sees Science making a difference in that community, and believes as Science grows, so too will the community of early stage investors.