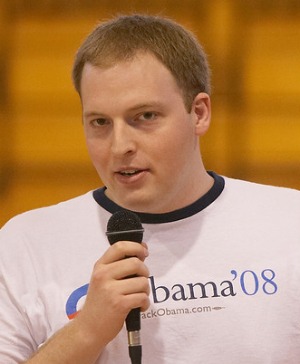 Optimizely, a website-testing startup, has raised $1.2 million in an all-angel funding round, the company told VentureBeat today, as marketers continue to search for new ways to track, measure and hold onto the “best” traffic their websites are getting.

A/B testing, Optimizely’s specialty, involves testing several different versions of a Web page with live users and then measuring the effect each version has on users’ actions.

Optimizely does this by measuring the number of visitors who saw each version, clicked through and then decided to purchase or take other actions. That gives marketers a more numbers-driven idea of which version will work best at attracting new customers, donations or whoever they are trying to draw into the site.

“On average, only 2 percent of website visitors actually turn into customers, and most companies aren’t doing anything to improve this because testing has always been too hard,” said cofounder Dan Siroker (pictured). “By focusing on usability, we’ve created a product anyone can use, not just techies.”

It offers monthly subscriptions starting at $19 a month and says it often is capable of boosting revenue and customer conversions by 10 percent or more. Optimizely currently tracks about 250 million “events” each month but has not yet released its numbers on unique visitors.

San Francisco-based Optimizely was launched in July and immediately caught the eye of some big name clients, including the Democratic National Committee, which is not surprising considering Siroker was formerly director of analytics for the Obama presidential campaign. The DNC then quickly put it to work on its “Commit to Vote” Facebook application during this fall’s mid-term elections.

Other marquee-name clients include Causes, Cloudera, Shopify, the Clinton Foundation, CafePress and TRUSTe. Optimizely also attracted attention early on from celebrity startup backer Ashton Kutcher, an actor and producer who is also a well-known angel for trendy tech startups, and who has been with the A/B testing company from the beginning. (He also contributed to this funding round.)

The real-world implications of fast, efficient A/B testing are clear, Marie Ewald, former director of online fundraising for the Clinton Foundation, said in a statement.

“With a disaster like the Haiti earthquake, every second counts when it comes to attracting donations — and it goes without saying that every dollar counts,” said Ewald. “In less than 48 hours, we tested eight versions of the donation page and, through this experiment, we were able to generate an additional $1,022,571 in online revenue.”