During the past few years, many have covered the remarkable and rapid road that Portugal, and particularly its capital, Lisbon, has travelled by reframing its financial and economic woes into an opportunity for the nation to reinvent itself as a global startup hub.

“The Portuguese scaleup ecosystem is growing twice as fast as the European average” reads the headline of the report released this week by the SEP Monitor, entitled “Portugal Rising.” Unsurprisingly, Lisbon has the highest concentration of activity, representing 40 percent of scaleups and raising 65 percent of the total money made available to Portuguese scaleups.

“It’s interesting to note international investors are playing a central role in the scale-up of the Portuguese ecosystem. 62 percent of capital made available to scaleups – 86 percent of later stage rounds – comes from abroad.” Ricardo Marvão, cofounder and Head of Global Projects at Beta-i, commented in the report’s highlights.

There couldn’t be stronger validation that the bustling startup ecosystem that was kindled just seven short years ago is thriving, and is well on its way to launching the kind of big ticket exits that seem to be inevitable at this pace.

The timing of the report accompanied the latest edition of the Lisbon Investment Summit that also ran this week, organized by Beta-i, notably one of the central pillars responsible for the current Portuguese startup renaissance. Beta-i codeveloped the report in partnership with Mind the Bridge, a foundation that promotes entrepreneurship around the world.

Lisbon’s recovery is very much owed to the likes of Beta-i’s founders, battle-tested executives that, unlike many of their peers, didn’t leave their country at the outset of the recession but instead chose to work alongside the grassroots community and an incredibly supportive government, turning the tide of their economy by leveraging a mix of favorable factors that Portugal is renowned for.

“I do believe even though the crisis was bad for Portugal, it gave an impressive boost to its entrepreneurial aspect and forced a new generation into creating their own jobs,” Marvão told me.

Those favorable factors include an English-speaking workforce, a wide pool of technical talent, and a low burn rate that together have been drawing in an increasing supply of startup founders that choose Lisbon as their base. The year-round sunny, warm, climate and exceptionally high quality of life may also have something to do with it.

“The Portuguese ecosystem has the right ingredients to prosper in the future. Of course, it still needs some companies to exit over $100 million and/or IPO to help inject the ecosystem with more capital, but progress is in the works,” Google Cloud’s Europe VC and Startup Manager, David Roldan, told me. He also pointed to English-language TV in the country as a big plus, since it has made for a large population of English speakers. (A government spokesperson told me that because Portugal hasn’t had the budget to dub foreign shows, they run instead with subtitles instead, so Portuguese children grow up hearing a lot of English.)

In fact, waves of all sorts of foreigners are splashing onto the shores of Lisbon. The resurgence has spread along parallel lines to produce a thriving art scene that draws in the creative types that reminds one of the kind of conditions that led to Berlin’s blooming startup scene.

But trying to tie down the evolution of Lisbon and Portugal by looking for some reference point, as if that could capture what’s happening here in the west coast of Europe, is somewhat of a futile exercise. 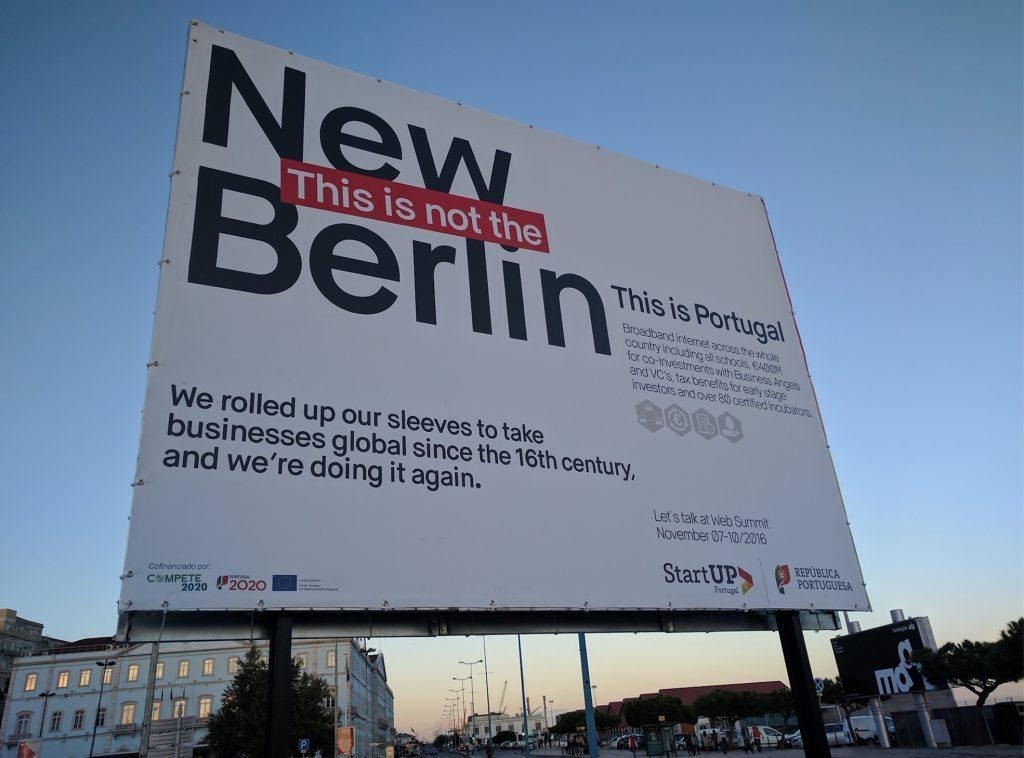 Above: One of the billboards across Portugal

“This is not the New Berlin” and “This is not the New Silicon Valley”, no, “This is Portugal” read the highway billboards that have been plastered around the country by StartupPortugal in order to set the record straight and curb the twirling associations that attempt to tell the story before it’s had a chance to unfold for itself.

A testament to the fact that the local community is only growing stronger and more resilient by the day is the Portuguese Startup Manifesto released by a group of Portuguese entrepreneurs last year, illustrating an ambition to succeed not just in the region but globally.

And it’s proving increasingly tricky to find someone in the startup industry who isn’t aware of Lisbon’s rising status when the Web Summit, the event that Forbes has declared the best technology conference on the planet, relocated to the city and held its first run last year. The flagship event attracted over 53,000 people from around the world, raked in over €175 million of revenue for the city, and is expected to scale to even greater proportions this coming November. 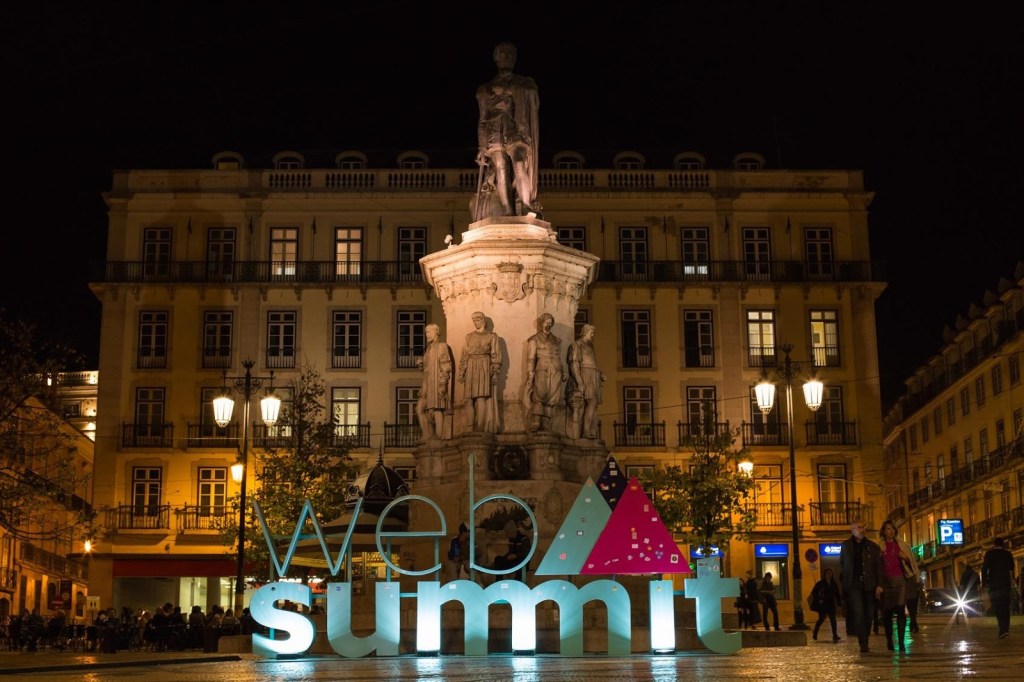 “We moved to Lisbon because it is an exciting tech hub with strong infrastructure, a world-class venue and a thriving startup community. … This year we’re expecting 60,000 + attendees from over 160+ countries,” Web Summit CEO Paddy Cosgrave told me in an email.

Over the past several years, dozens of incubators, accelerators, hubs, coworking spaces, and boot camps have appeared, and even the top universities, like the Instituto Superior Técnico, have pivoted their curriculum to prioritize entrepreneurship.

“A lot has changed in the last few years regarding the way entrepreneurship is seen by the Portuguese people, but we still have a lot of work to increase the numbers of those that decide to start new and innovative businesses,” explained Antonio Lucena de Faria, founder of Fábrica de Startups, a four-year-old accelerator that runs boot camps for aspiring startup founders, including applicants from Brazil, Macao, and other Portuguese-speaking lands.

João Vasconcelos, Secretary of State of Industry for the Portuguese Industry, told me that half of the new jobs being created in the country are coming from companies less than five years old. He said that this news, as well as news like Mercedes opening a digital hub in Lisbon with plans to hire over 300 people, is important to stopping the brain drain and attracting some of the best talent that left Portugal in the financial crisis back to the country. 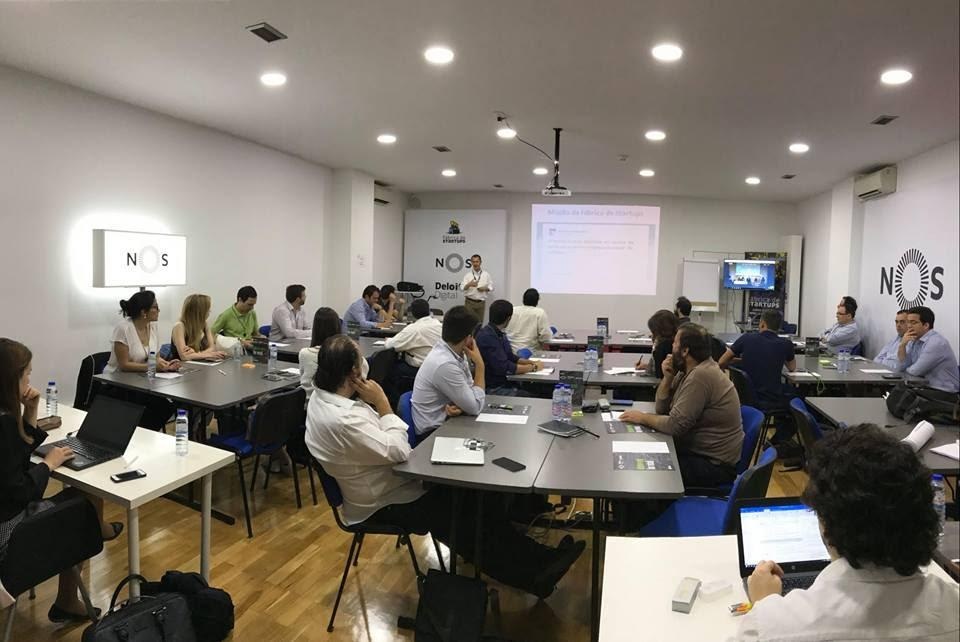 Above: Fábrica de Startups — Ideation Week for Retail, May 2017