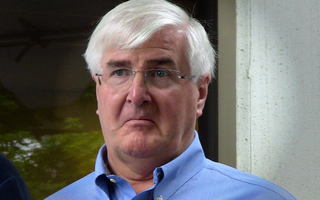 Someone close to SV Angel, the investment firm headed by Silicon Valley living legend Ron Conway, has leaked the firm’s entire list of investments to date.

Altogether, according to the SV Angel spreadsheet, the firm placed 75 bets on various startups during the first 10 months of 2011 and counts a total of 290 startups in its portfolio.

The leaked documents also include a list of liquidity events, numbering 71 to date. For you non-math nerds out there, that means Conway & Co. have so far had a success rate of around 24.5 percent.

Being no-life spreadsheet jockeys, we took an hour or two to scrub through the data in Excel, looking for interesting patterns and useful information that entrepreneurs and others might want to take into consideration when pitching Conway and his ilk. Here are some graphs we made summarizing what we found (the tl;dr version is “Move to the Valley, pitch in the spring and focus on social and commerce.”).

From what we can see in the spreadsheets, SV Angel’s activities were concentrated toward the beginning of the year, with activity peaking in March and dropping off dramatically over the summer and fall. Conventional wisdom suggests that very little fundraising occurs during the winter holidays, so SV Angel is unlikely to post very many new investments for the last two months of the year. 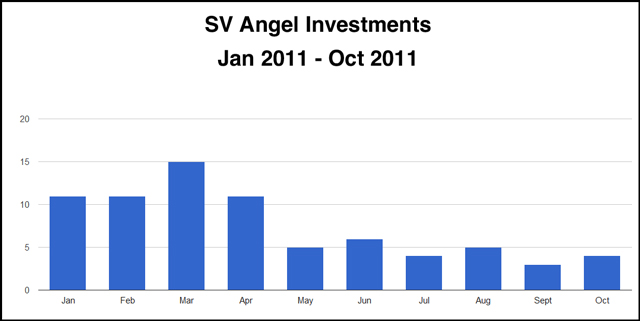 As far as verticals are concerned, the hottest verticals for SV Angel’s investments were in ecommerce (including shopping sites and payment platforms) and social media startups. Content platforms, enterprise software, local apps and location and mobile startups also saw their fair share of investments from the firm. Ad startups, gaming companies and video startups were less popular with Conway’s crew. 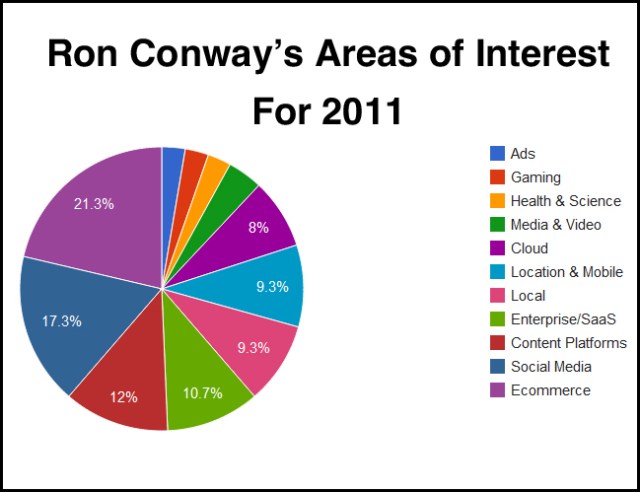 Geographically, investments were split up with a bit more diversity than you’d expect from a firm with “SV” in its moniker. All told, 42 investments were made in the San Francisco Bay Area, including Silivon Valley, while 26 deals were made with companies from other areas around the U.S. and the world. 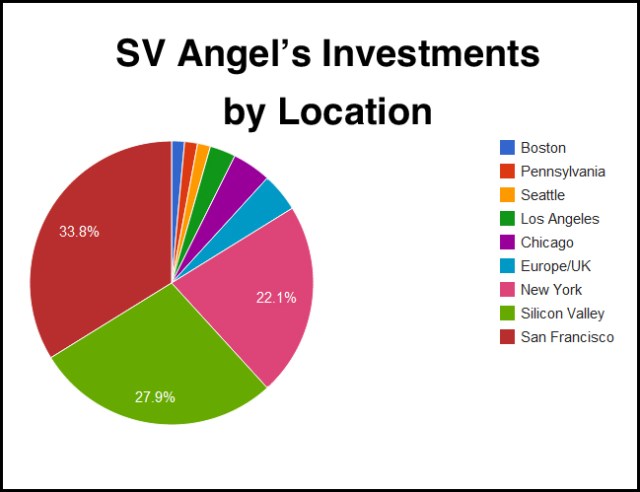 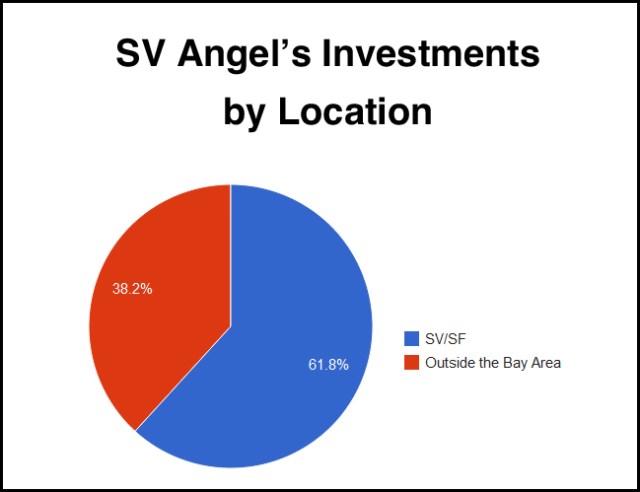 For those curious enough to pore over the rest of the data, including other firms that joined in those rounds and the specific startups that did deals with SV Angel, here are the spreadsheets for your perusing pleasure. We have the full text of current SV Angel investments to date, as well as the list of liquidity events.