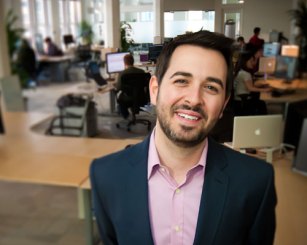 UPDATED: An earlier version of this story incorrectly stated that SEOmoz had secured a second round of funding. We regret the error.

But according to chief executive Rand Fishkin, the company did not actually raise the round of funding. Instead, the company is looking for a round that size, but has not yet found the right investors.

Fishkin told VentureBeat, “We haven’t closed anything. If we get good terms and a good deal and a good investor we’d love to [sign].”

Fishkin wrote about SEOmoz’s continued search for funding in a blog post here.

SEOmoz is a “software as a service” company that supplies businesses with a way to monitor and implement changes to their search engine optimization campaigns. Its software is called SEOmoz Pro and it is available in three versions: Pro for $99 a month, Pro Plus for $199 a month, and Pro Elite for $499 a month.

Fishkin confirmed that the company is profitable on its own and is expecting between of $11 and $12 million in revenue this year. SEOmoz has not received funding since a $1.1 million round from Ignition Partners in 2007.

Essentially, SEOmoz Pro is a unblinking set of eyes on your SEO campaign. It will monitor your site’s and competitor site’s page rank, crawl your site for performance impacting problems and suggest changes to improve rankings. Even more, the SEOmoz Pro software uses its scraper Open Site Explorer to report back with data about the competition’s SEO gold: inbound links. Inbound links are what give a website more credibility. If there are a lot of external websites linking to your site, it makes your content seem more worthwhile.

Open Site Explorer analyzes the data surrounding these inbound links, such as text used to describe the link and which links are stronger than others,  and allows you to compare your site to the competitor’s.

In January 2010, co-founder and chief executive Rand Fishkin wrote a detailed blog post about his experience trying to gain venture funding. The post explained his pitch, feedback and the inevitable denial of new capital.

Regardless of the lack of VC deals, the company seems to be enjoying itself. When VentureBeat originally contacted SEOmoz for comment, representatives were unavailable. According to the woman who answered the phone, the whole office had rented an ice cream truck and were satisfying sweet tooths in good start-up style.

SEOmoz currently has 45 employees and is headquartered in Seattle, Wash.