Tempow, a company that’s developing a new protocol to improve Bluetooth, announced it has raised $4 million in a series A round of funding led by Balderton Capital, with participation from C4 Ventures.

Founded out of Paris in 2016, Tempow is seeking to bring one of the key benefits of Wi-Fi-connected speakers to the Bluetooth world. While there are many popular Bluetooth speaker brands out there from the likes of Bose, one inherent limitation is that you typically can only connect to one speaker at a time — meaning you can’t create a network of Bluetooth speakers throughout your home. With the Tempow Audio Profile (TAP), however, the French startup effectively applies its own “layer” that allows any Bluetooth chip to stream audio to multiple Bluetooth audio speakers or headphones at the same time. 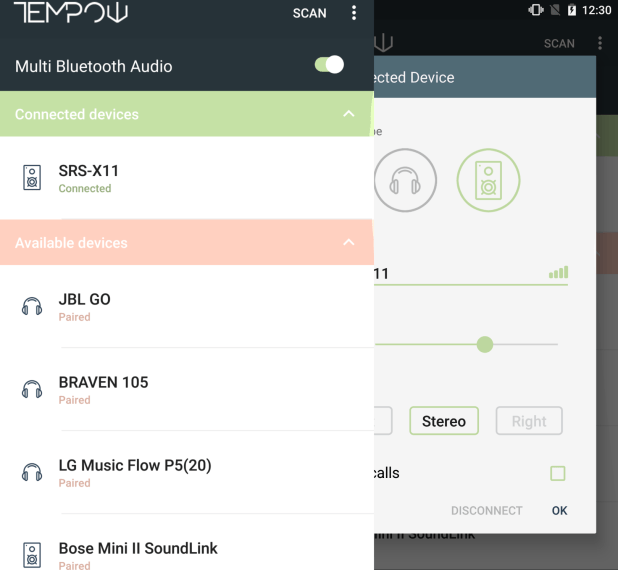 The technology adopts a software-only approach and can easily be adopted by other companies, including smartphone manufacturers. Tempow is already entering hardware partnerships — back in August it revealed a tie-up with Motorola to embed Tempow’s Bluetooth smarts in the operating system on the Moto X4 Android phone.

“Today, from a user experience standpoint, Bluetooth is ‘broken’ — with overly complex technology resulting in inconsistency and friction,” noted Tempow cofounder and CEO Vincent Nallatamby. “Many take Bluetooth for granted or underestimate what can be done with it, but we have barely scratched the surface of the technology’s potential.”

The company had raised a small undisclosed angel round before now, but with another $4 million in the bank it plans to ramp up its partnerships with hardware manufacturers, which will include phone manufacturers and chipmakers, and grow its existing team of 12 Bluetooth engineers.

“We will push the limits of Bluetooth far beyond its current deployment and define higher standards for every new piece of Bluetooth-enabled hardware,” added Nallatamby.