Gil Dibner is a venture capitalist at DFJ Esprit, part of the DFJ network

It’s a new year – and in the spirit of new year’s resolutions and efforts for self-improvement, I’ve decided to put down on paper the code of conduct by which I try to operate as a VC – in the hopes that others will add to it where it is lacking and, perhaps, adopt parts of it that they find helpful. 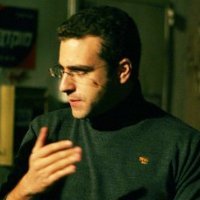 The venture business is a complex one – and the relationships between VCs and entrepreneurs are sometimes fraught with tension. Experienced VCs have seen thousands of companies and dozens of financing rounds. Most entrepreneurs are working on their first company, or perhaps their second or third. There is, often, an experiential advantage that VCs enjoy relative to entrepreneurs – when it comes to the VC-entrepreneur relationship, we VCs have simply been around the block many more times. Because of that, I think it’s important that VCs act decently at all times. But “decency” can mean many things, and I wanted to try to set down on paper what I think it means for a VC to be decent.

To be honest, this post has also been sparked by my travels around Europe. I have met too many founders in London, Edinburgh, Berlin, Belgrade, and beyond that have been (pardon my Americanism) screwed by unscrupulous or unprofessional VCs or angels. In far too many of these cases, the situation is basically unrecoverable: the cap table, legal terms, and investor base of the company have become so toxic that no new investor will be likely to go through the pain of rescuing the situation – and things typically just unravel from there.

So here it is: my crude attempt at a VC Code of Conduct. Like everything else in this business, it is a work in progress, it’s subject to change, and it needs the feedback and insight of the community to make it better. So please have a read through, and let me know what I’ve not included.

Gil Dibner is a venture capitalist at DFJ Esprit, part of the DFJ network. He was born in Boston, lived in Israel, and works in London, as you can tell from where this was first published: yankeesabralimey.tumblr.com.