There’s no question that the U.S. government has collected an incredible amount of data. Whether for things like the census, housing, agriculture, transportation, or health care, federal agencies have accumulated data from around the country. But how can the government innovate, if everything remains siloed?

In the past seven years, the White House has made efforts to leverage more technology at the federal level. It has tapped Aneesh Chopra and Todd Park, and, most recently, appointed former Googler Megan Smith to the post of U.S. chief technology officer, a position first created by President Obama. It has brought on board Twitter veteran Jason Goldman to assist the administration with digital outreach. And it has recruited renowned data scientist DJ Patil as the country’s inaugural chief data scientist.

“President Obama has been unique,” Patil told VentureBeat in an interview during his visit to the San Francisco Bay Area, where he still maintains a residence. “He’s recognized the sea change with data and made it a cornerstone of his administration. With a data-driven government, you take the data that we use in services like weather forecasting, data submitted by citizens like with the census….and use it to make better and faster decisions.”

In the role of chief data scientist, Patil has been tasked with looking at the policies, rules, and laws that our government has in place in order to evaluate whether they’re hindering or enabling U.S. innovation. Smith once wrote, “Across our great nation, we’ve begun to see an acceleration of the power of data to deliver value.”  On the one-year anniversary of Patil’s appointment, we spoke with him about how the Obama Administration views the tech industry and how it’s working to make our data more transparent as a way to spur innovation and move the country forward. 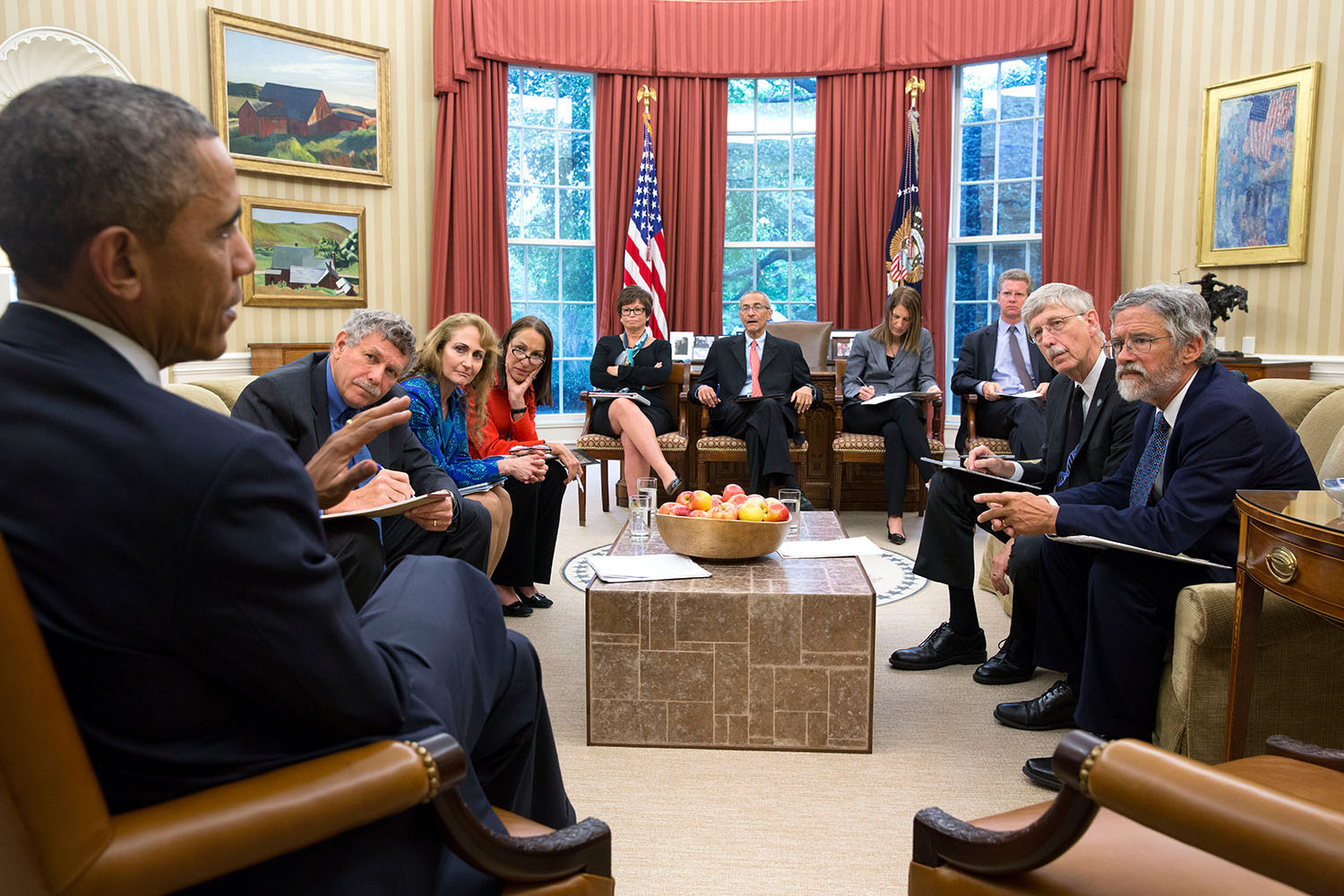 “How unique is it, as a professor of constitutional law, to grasp what it means to have data and understand how transformative data is in this day of age,” Patil remarked, referencing Obama’s comprehension of the enormous stockpile of information the government has.

As part of the effort to put that data to better use, the president has removed an obstacle that prevented the sharing of data not only between agencies, but also with the public. In 2013, Obama signed an executive order mandating that government information must now be “open and machine-readable.” For decades, that data was, by default, shared in a PDF, making it difficult to take action on the data.

“How do we ensure that we are staying at the forefront as a country riding this wave [of data]?” Patil asked. “This world is about to change and the government needs to change.”

He cited a study by Harvard professors Raj Chetty, Nathaniel Hendren, and Lawrence Katz, which used data from the Internal Revenue Service (IRS) to explore the effects on children in high-poverty areas. Among their findings is that when a child is moved to a low poverty area while young, that child sees a 40 percent lift in their median income over life.

Patil also referenced the work that his team is doing with the Precision Medicine initiative, a research effort to change how the country improves health and treats disease — separate from the Affordable Care Act. He thinks that the use of data and the human genome can be used to find cures for diseases like cancer, and he said that this White House program is “pushing the whole ecosystem” forward into the “genetic era.”

And for all the examples he provided during our conversation, his message was quite clear: The U.S. has data and needs the public’s and even Silicon Valley’s help.

While many know Patil as a member of Obama’s administration, he’s also an accomplished entrepreneur and an iconic data scientist within the technology industry. In fact, he and Jeff Hammerbacher coined the term “data scientist.” He led the data products and security teams at LinkedIn, was a data scientist in residence at Greylock, and served as vice president of product at RelateIQ, which was acquired by Salesforce in 2014 for $392 million.

But he believes there’s a myth that “Silicon Valley is coming to save [Washington] D.C.,” when, in fact, data scientists in the tech industry are coming from the federal government. In fact, Patil started out as an academic at the University of Maryland before working with the Department of Defense (DOD) doing threat anticipation and hunting down bio weapons. “I am forever grateful for that experience,” he said, “and when I had the opportunity to jump into Silicon Valley, those lessons were critical.”

And as the White House pushes to make data more transparent, Patil thinks that more entrepreneurs and tech companies should seize the opportunity to use this new-found data proliferation.

“What I would love to see is a model where people move back and forth more seamlessly, where people are able to do a tour of duty like we’re seeing here in Silicon Valley, spending a couple of years here, and then decide that they want to do something for the government, for your local city, for a community outside the industry,” he said, although Patil understands that the allure of Silicon Valley can be too much for entrepreneurs to pass up.

Patil believes that government work isn’t looked at as being sexy enough because the government hasn’t done a good enough job explaining its mission: “Over time, it’s gotten harder and harder for a technologist, product manager, designer to get into government.” This is one of the main reasons Obama created 18F, which is a digital services consultancy within the government that deploy tools companies can use to build products based on public data.

“These are the ways for people to come in and have the direct impact,” Patil explained.

Secretary of Defense Ashton Carter once told Patil that there was something special about waking up every morning and thinking that we’re part of something bigger. And this is what keeps the chief data scientist going, understanding that it’s not about creating the next photo-sharing app or luxury valet service or even an Uber for X, Y, and Z.

It’s about “what’s important for your kids and your kids’ kids,” he said. “There is a quest for happiness out there….And when you’re worked on solving those problems…and come to Silicon Valley, you’re hurting because it’s hard to find a company with a strong mission. We’re going to see a shift where there’s a notion that mission and happiness are more valuable.”

And while it’s easy to say that the government wants more transparency, it’s also understandable that there may be some skepticism, especially from the technology industry. One need only look at the revelations coming from Edward Snowden, at periodic transparency reports released by companies, and even at the recent legal battle between the FBI and Apple over access to the iPhone belonging to one of the San Bernardino terrorists.

Patil sees Silicon Valley as thinking about protecting the American public from a one-dimensional point of view. He agrees with something Carter once said: “Security is like air: You only realize it when you don’t have it. There are a lot of countries in the world that don’t have security.”

“There is a really important dialogue happening around encryption, security, and cyber,” Patil explained. “The place and the way to make the best progress on this is through that model where people are coming in and out of government more easily, making government more porous. That’s how we make the best decision. The ability for companies that are out here and how they think about cyber security is because we’re dealing with an adversary that’s beating us up, and we get to see that. The government also sees a different side of the adversary and the more that we share of that, the better we get and the smarter we become.”

As it relates to encryption, he said “the president is very much for strong encryption. The policy is for strong encryption because it’s the most important path forward for cyber security. What he has also called for is saying that we are living in a world where we have to work collectively together…Technologists offer a very unique way to have the conversation.” 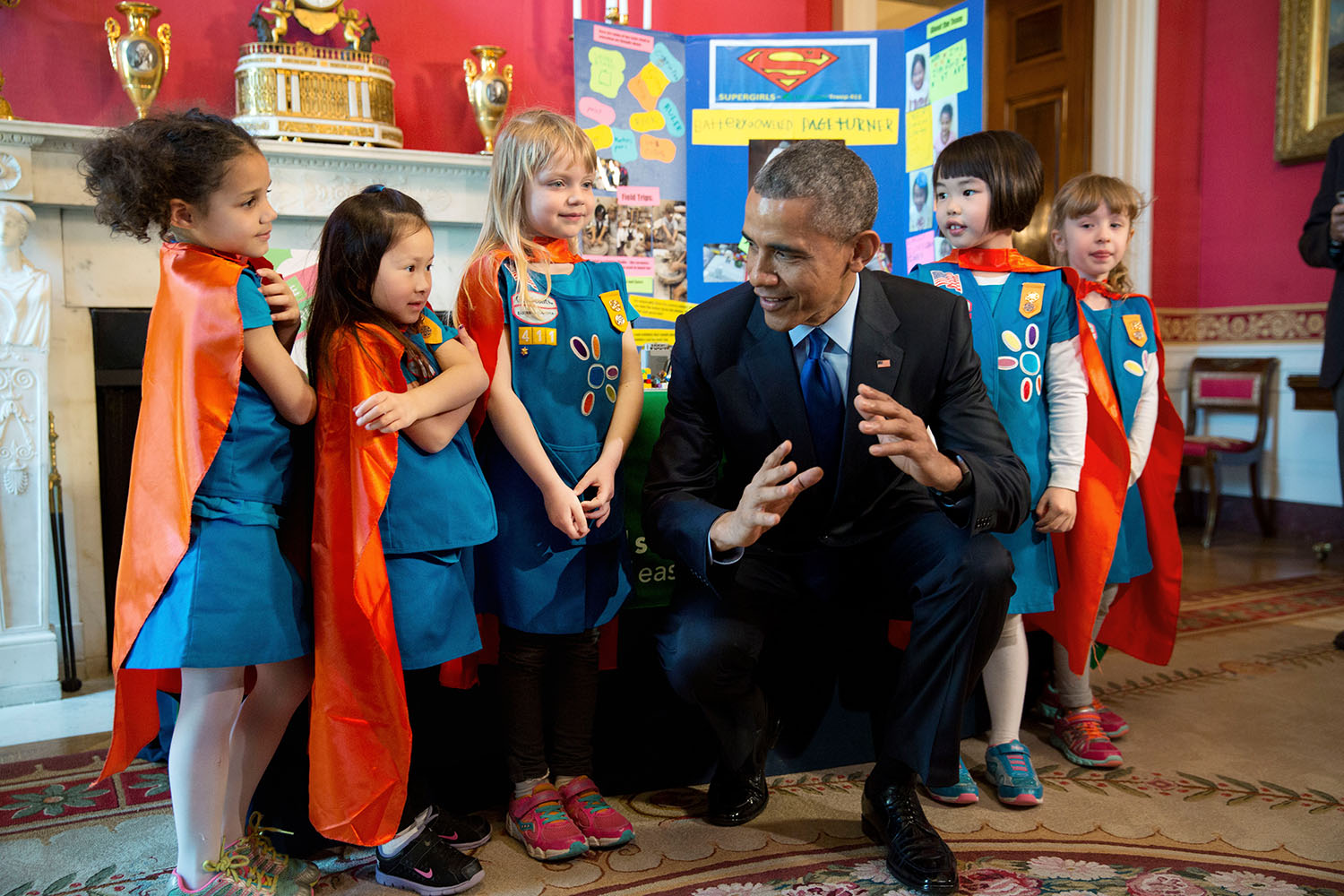 Patil said not to worry about the data policies being undone by the next administration because they have seeped into the DNA of agencies and can’t be quickly undone. “The long arc of the government has shifted as a result of this president. Because of this, it doesn’t change easily. That only happens with presidential powers of focus,” he said.

He hasn’t thought much about what he’s going to do after he leaves the White House. However, he remains fascinated by all that has been accomplished over the course of Obama’s presidency, citing the launch of the Opportunity project, which uses open data to improve economic mobility for Americans, the White House science fair, a hackathon where New Orleans police chief Michael Harrison worked with a student to write his first line of code so he could access data about his own police department, the creation of a working group around the benefits and risks of artificial intelligence, and more.

He’s convinced that a data-driven government will not only improve the services it offers, but can help keep the country’s competitive edge, enhance national security, and develop the next generation of technology. Because these policy shifts take time, we won’t see the effects immediately. But Patil believes that as the government moves forward, so too does the nation.