Although 2017 is deemed to have been one of the worst years for tech (think Uber, sexual harassment, and net neutrality), startups in Silicon Valley haven’t suffered from a shortage of capital. Quite the opposite, in fact.

According to a report released by PitchBook and the National Venture Capital Association (NVCA), 2017 saw the highest annual amount of capital deployed to the startup ecosystem since the early 2000s. 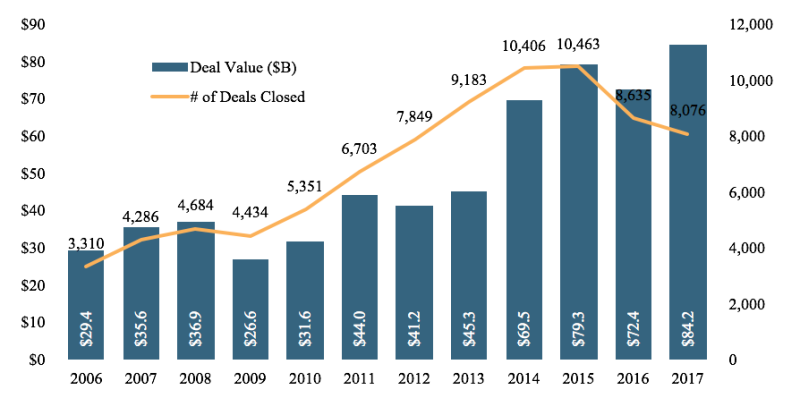 This can be explained in part by the fact that companies want to remain private longer (think Uber and Airbnb).

“You’re seeing this from the seed level all the way up to the unicorn level,” Nizar Tarhuni, an analyst with PitchBook, told VentureBeat in a phone interview. “Typically, companies in today’s market are older and a bit more mature, and with that comes a bigger fundraise.” 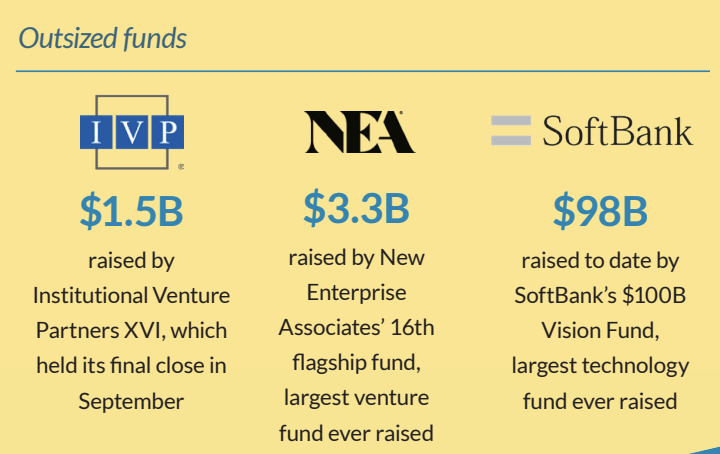 The national uptick in capital means that pretty much every region in the U.S. has seen a significant increase in invested capital since 2013, with those that have been traditional leaders in venture capital seeing the most significant increases. The West Coast, for example, which includes Alaska, California, Hawaii, Oregon, and Washington, has seen a nearly 96 percent increase in the amount of venture capital invested annually since 2013.

The Great Lakes region, which includes Minnesota, Wisconsin, Illinois, Ohio, Michigan, and Indiana, is one of the traditionally overlooked areas that is showing the most promise. The Great Lakes saw an approximately 70 percent increase in annual venture capital invested from 2013 to 2017. Tarhuni says much of that uptick can be attributed to Illinois, which has seen a 110 percent increase in capital invested since 2013.

The one region that’s not reaping the benefits of the national uptick is the South, which has seen nearly a 4 percent decline in capital invested from 2013 to 2017.

With capital flowing in Silicon Valley, startups don’t have as much of an incentive to exit, whether through an acquisition or an initial public offering (IPO). The number of VC-backed exits declined for the third consecutive year in 2017, reaching the lowest total since 2011, according to the report. There were 769 exits completed last year, down from 857 in 2016 and 1,003 in 2015.

Above: Capital exited and number of exits closed

But while exit counts have continued to decline, exit value has remained relatively flat, something that can be explained by the record number of unicorn exits in 2017 (13 in total). These include Snap, Stitch Fix, Roku, and Blue Apron.