At first blush, a review of venture capital dealmaking during the first quarter of 2016 suggests an industry gone mad.

VC firms raised the highest amount of capital raised in more than a decade, even as they made the lowest number of investments in three years. What gives? The Q1 2016 Venture Pulse Report issued today by CB Insights and KPMG provides some method to this madness.

On Monday, the National Venture Capital Association had reported that U.S VC firms raised $12 billion across 57 different funds to invest in startups, calling it the largest amount raised in 10 years. KPMG and CB Insights did not specify a figure for the amount raised by firms, but called the billions raised the most since the dot-com craziness of 2000. Regardless of the final amount, we’re talking about a vast amount of capital ready to be invested. For instance, Founders Fund raised $1.4 billion for a single fund, while Accel raised $2 billion across a pair of funds.

But with VC firms so focused on fundraising, they were apparently too busy to do much investing. In fact, U.S. deal activity slowed in Q1, with just $14.8 billion invested across 1,035 deals. (For all of North America, the numbers were only slightly better: $15.2 billion across 1,101 deals.)

Where did the money go? Forty percent of all investments in North America went to VC-backed Internet companies, 16 percent to mobile and telecommunications, 15 percent to health care, 4 percent to software (non-Internet/mobile), 4 percent to consumer products and services, and 13 percent to other.

Meanwhile, the biggest companies are likely to stay that way. The10 largest deals in North America totaled $3 billion and included several unicorns, those companies worth more than $1 billion. It’s likely that a significant portion of firms’ new capital will go to support unicorns, or to decacorns, those companies valued at more than $10 billion. Interestingly, these larger companies are seen as almost “too big to fail.” Even with their lofty valuations, they may remain attractive to late stage investors. “I think we’ll likely see more funding going to the decacorns in the near future on the basis that that’s where some of the risk is being de-leveraged,” wrote Francois Chadwick, national tax leader of KPMG’s Venture Capital Practice. 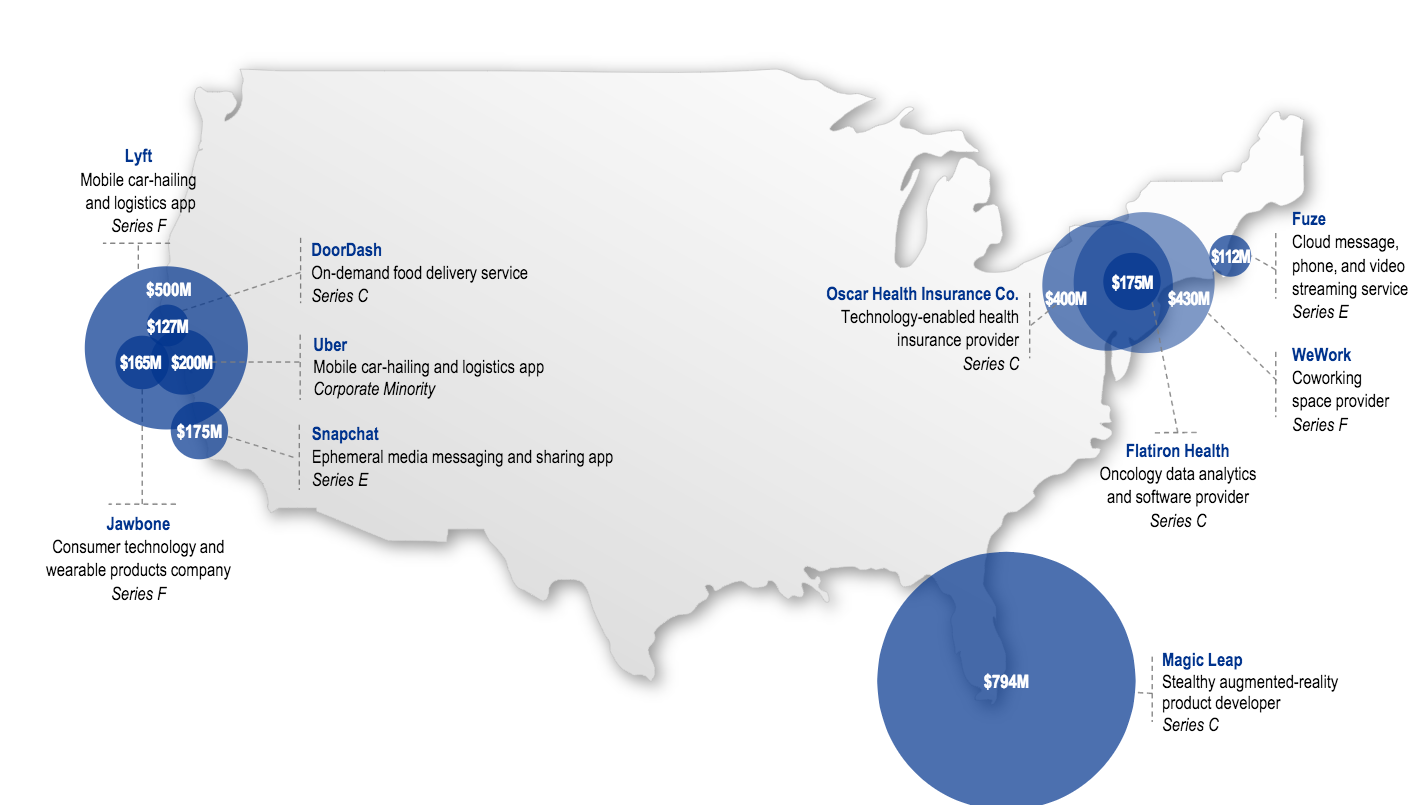 Put in context of larger forces like the volatility of U.S. public markets, an economic slowdown in China, the U.S. presidential campaign, and a general wariness of another tech bubble, the quarter’s low deal activity is not surprising. The report states, “While disconcerting to the VC community, the decline in VC activity is likely to be a short-term trend given the amount of liquidity in the market around the globe. In fact, in the US, Q1’16 was one of the highest quarters for raising VC capital since the dot-com boom of 2000. These funds will likely be deployed over the coming quarters as VC investors renew their focus on finding disruptive or innovative companies in which to invest.”