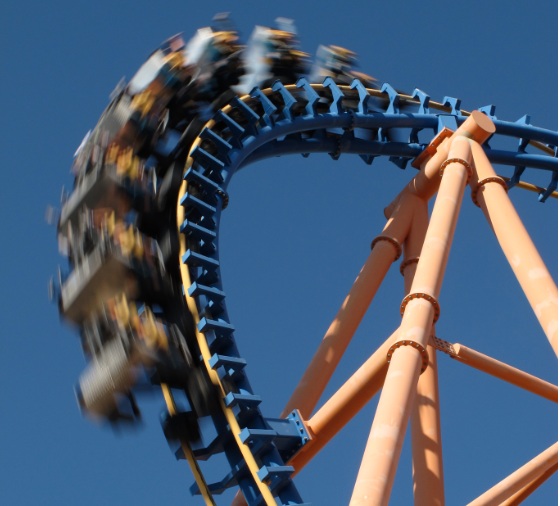 Accelerators seem to be the golden ticket for many startup founders. Especially the best-known ones get massive numbers of applicants. Y Combinator is again accepting admissions for its twice-a-year program and is likely to break records again, at least judging by the popularity of the Startup School it ran at Stanford recently.

But do startups really know what they’re in for when they join an accelerator?

Last month, I surveyed 151 accelerator applicants in order to answer that question for my just-released book Speed Up Your Startup. The folks I interviewed had applied to 22 different accelerator programs around the world, including Y Cominator, TechStars, 500 Startups, and Seedcamp. 108 of them had completed or were currently in an accelerator program; the others had not applied or had not yet been accepted to a program.

Four findings from the survey were especially interesting.

1. The experience can be tougher than you think

I didn’t ask this question directly, but in the unprompted comments, many startup founders I surveyed were shocked at how demanding the accelerator experience was. At least 15% of respondents to my online survey spontaneously alluded to this issue, and I heard it further emphasized in my follow-up interviews. The experience challenged not only their product and their business, but also their social lives and self-esteem. One founder wishing to remain anonymous experienced the team at a top-tier accelerator as manipulative and opportunistic and considered quitting the whole program because of this. In retrospect, the founder saw the value in their approach but was still prepared to advise others against joining the program.

Many also developed ways of dealing with this stress. “You’ll get tons of advice, and a key skill is filtering out what is important to you,” said one respondent, Oliver Mooney of GetBulb who participated in Startupbootcamp. This filtering has to be done with your time and resource constraints in mind. Another way to free time and resources for dealing with the requirements of an accelerator is have a team in place to keep the day-to-day work going on. The mentoring times and demo day preparations take a lot of the founder’s time. “That’s less time to code, less time to talk with customers,” said Kellee James, founder of Mercaris. “However, if the founders have a team in place, work can continue on the core business while this goes on.”

2. Finding a mentor with a personal connection is key

Mentorship is the great value driver of startup acceleration. Startups not yet in programs know to expect this, and startups that have been accelerated place much value on it. 95% of startups that completed an accelerator program rated the mentorship received as “very good” or “good.” Startups also expected this prior to joining the programs, with 97% of those not yet in a program reporting mentorship as “very valuable” or “valuable.”

The best mentorship is based on a personal relation. Accelerator programs with a heavy emphasis on mentorship, such as TechStars, tend to let the startups and mentors find each other. Across the board, founders indicated that “connecting with the mentor” or “finding the right person to support you and help you prioritize the mass of feedback you get,” attesting to the fact that a mutual discovery process is the best way to connect startups with their mentors. One founder’s experience was that finding the mentor who had been through a similar life situation – not just in business, but in their personal life – was the key to him getting value out of the accelerator experience. It is this personal connection that comes into play when the times are really tough, and that’s the time you need to be prepared for.

3. You’ll walk away with a lot of connections, but you could still be missing the most important ones

This emphasizes the need for accelerators to more closely meet the startup’s business needs and may mean more demand for accelerators that have a clear industry vertical focus. Mentorship, as mentioned above, is done very well. Investor contacts are highly desirable for startups that have not participated in an accelerator program, 93% reporting them as “very” or “somewhat” interesting. Accelerators do seem to deliver value on this front as well, although there is a small discrepancy between expectations and reality. While 56% of accelerator applicants place investor contacts in the highest category of importance, only 45% of accelerator veterans report the investor contacts offered as having been “very good,” while  35% rated them “good.”

One founder from a TechStars company said the social validation accelerators give startups is very real and very valuable. “TechStars provided me and my startup with social proof that investors, business partners, media, and customers respond to. Not all care, but with those that do, the brand association is helpful,” he summarized.

4. The money is relative

Often, accelerators are compared based on the money they invest in a startup. The hard numbers are easy to compare, after all, but the value founders get from the money invested is relative. The real valuation of a startup is a matter of future potential, real or perceived. Some business models require completely different orders of magnitude of capital outlays. And your mileage will vary: The same money can go much further with cheaper teams in cheaper locations.

How to know if an accelerator is any good?

Finally, a question that 70% of the startups who hadn’t yet joined an accelerator raised was how to gauge whether the programs they were considering would add any value. Twelve startups that had completed accelerator programs certainly indicated that’s a question worth asking: They added unprompted comments to the survey along the lines of “avoid the s****y programs” and “do it [join a program], but only if it’s top tier.”

An accelerator is only as good as the startups it produces. And as founders should know, it’s not a sprint but a marathon they are in. Results are not instantaneous, and success does not come overnight. Similarly, it takes time for accelerator programs to prove themselves. Today’s most highly regarded accelerators have also been around the longest. Their track record is, in great part, due to the fact that their portfolio has had the time to mature.

To this most-raised concern, I would like to offer the strongest recommendation that came out of my research and indeed from my personal experience as well: Choose an accelerator program that has the best fit for your startup. If there are vertical accelerators that specialize in your industry, look for those. I predict that as the market matures, we will see more specialized, vertical accelerators. If you can’t find one yet, look for programs where the core teams or investors have experience with the kind of product you are creating or the market you are trying to address. Who has the most relevant contacts for you? Apply there.

Finally, if you feel you can’t find an accelerator that meets your needs, or don’t want to join one, check out my book for compiled learnings from accelerators and accelerate yourself instead. 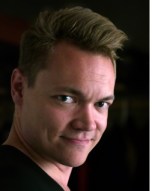 Mikko Järvenpää is the founder of Vuact.com and the author of Speed Up Your Startup. He has worked at HackFwd as Chief Marketing Geek and Google as Product Marketing Manager. He is on Twitter at @mhj. To find out more about his research and book, head to www.SpeedUpYourStarup.com or follow @SpeedUpStartup.