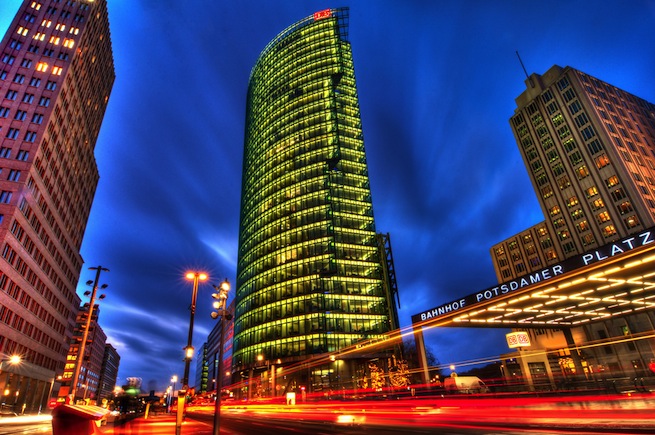 This is a guest post by lawyer Peter Buckland

I have heard a lot of hype about Berlin as a burgeoning startup hub, and how its cool culture and affordable rents have drawn talented, tech-savvy entrepreneurs from across Germany, the UK and Europe.

But urban cool doesn’t necessarily translate into a sustainable startup ecosystem. Infrastructure is critical. So what impressed me most during my recent trip to Berlin was just that. Everywhere I looked I saw signs that this capital city is evolving into a more mature, structured environment for start-ups.

I met with a number of organizations in Berlin that support the burgeoning startup community. During my trip, I presented at an event for a large number of founders and investors organized by a group called FoundersTable, a division of the Make a Startup Angel Fund. They are doing great work in Berlin and other parts of Europe to build a critical link between promising startups and capital funding.

Some big players like Google and Microsoft are also having a visible impact in Berlin. Both companies presented  FoundersTable event, and both have been involved in multiple acquisitions of Berlin-based startups. Their presence, including the specific programs they are making available for start-ups, provides another important resource for entrepreneurs to gain connections and momentum.

Tech incubators and accelerators in Berlin are also blossoming. Incubators have produced some of the best-known new companies in recent years, and are a key part of the established ecosystems of New York, Boston, and Silicon Valley.

Of course, capital is one of the most critical drivers of a growing, sustainable start-up tech sector. I met with a number of early-stage investors from Germany, France, and other parts of Europe during a series of meetings on my trip. Each expressed excitement about the opportunities in Berlin. Seed and angel funding appears to be readily available. Meanwhile, U.S investors are also increasingly recognizing the opportunities in Berlin, both in terms of investing locally and helping to bridge transitions to the U.S.

So what’s holding Berlin’s startup economy back? The level of institutional venture capital available in Berlin is still small. Part of this appears to be cultural — Germany’s large institutional investors tend to avoid this asset class. That said, a number of European venture capital firms have announced office openings, and professional investors are travelling to Berlin.

The energy in Berlin’s emerging tech sector feels very much like New York’s did five years ago, before its ecosystem was fully developed. With a little more time, Berlin could find itself in a similar situation, and serving as a model for sustainable startup ecosystems throughout Europe.

Peter Buckland is co-chair of WilmerHale’s Emerging Company and Venture Capital Practice Groups. He is based in Palo Alto, California. The firm maintains offices in Berlin and Frankfurt, which includes more than 35 corporate lawyers.