Over the weekend I learned how to introduce myself and hold a 10-second conversation in French. You may not think this is exciting, but if you want to get a general sense of my French skills, you can watch this or this.

My newfound knowledge came courtesy of a free half-hour trial on Verbling, a marketplace that allows its users to find a language teacher — from the comfort of their PJs at home — who can tailor a class to the student’s proficiency level and schedule. The Y Combinator graduate told VentureBeat that it raised $2.7 million in a series A round led by Bullpen Capital. Bullpen’s Duncan Davidson will join Verbling’s board, and the firm’s partner James Conlon will participate as an observer.

“The best way to learn a language is to be immersed as soon as possible,” said CEO and cofounder Jake Jolis in an interview.

Based in San Francisco, Verbling offers foreign language classes with experienced language teachers from all over the world at different prices. Users can select the teachers that best suit them, and take hour-long private lessons via video chat. When the student creates a profile, Verbling gives them a $6 credit, and most of the teachers offer a $6 half-hour trial. 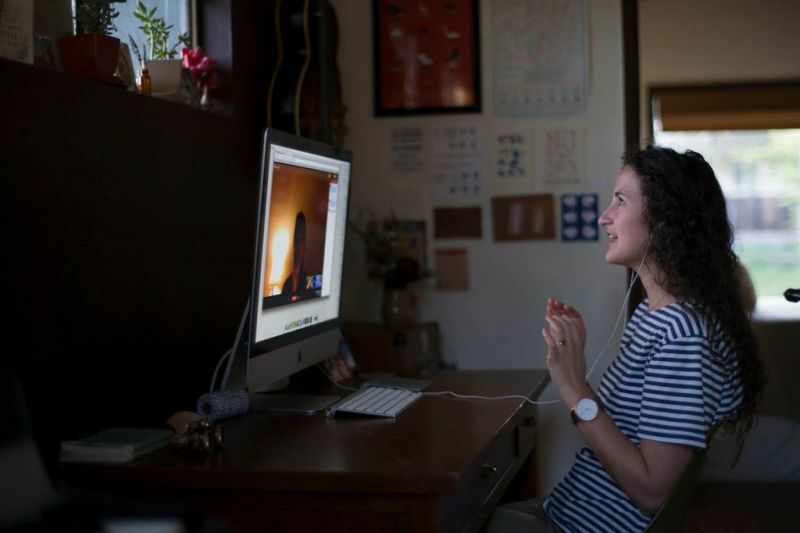 Jolis explained, “This is a market that has not been upended in tech.” And, although there are multiple language apps floating in the app stores like Duolingo, Verbling’s CEO said that 97 percent of the language market is still offline.

“Whatever other tech companies are doing, they are not even scratching the surface of language learning,” he concluded.

‘Humans are the way’

I asked Jolis how effective the learning experience would be without any prior knowledge of the language. “Software is not always the way,” he said. “Humans are the way when it comes to languages.”

So I decided to try it out. I signed up for a class with a French guy named Ben. He had only been teaching at Verbling since the beginning of the month, but he had five-star reviews from six students and could fit in my schedule.

It was difficult to know if Ben would be able to teach a beginner lesson; the site doesn’t specify the level that each person teaches. I was skeptical but I went for it. Shortly after I signed up, Ben sent me a message asking about my previous experience so he could prepare for our lesson. Later that night, he sent me a list of French words that I “already knew” because they were similar words in English, so I wouldn’t freak out.

The class started smoothly with a funny video to illustrate that I did, in fact, know a couple of words here and there — “croissant,” for example.

The half hour went faster than I expected, and I don’t know how much more I would’ve learned in a full hour. Also, I’m not sure if I can afford to pay $23 per session, no matter how much I want to learn French. Still, I really appreciated that he sent me a Spotify playlist to help me immerse myself better in the language. 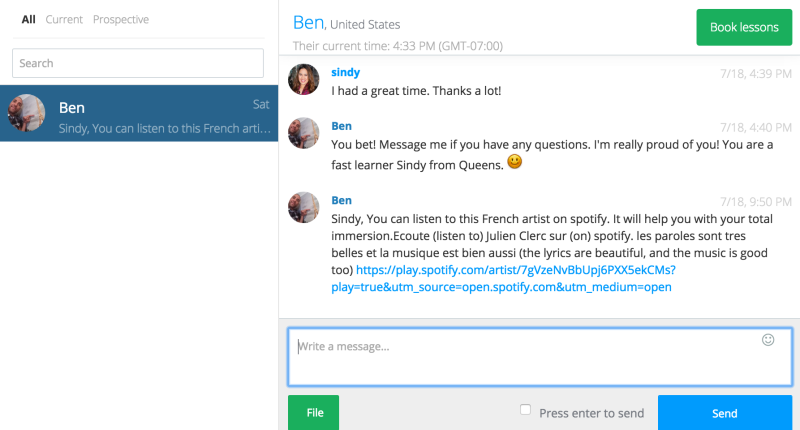 Other French tutors’ rates start at $16 per hour, and other languages like Spanish and Portuguese can go as low as $8 per hour. Each tutor sets their availability and rates. Verbling said its tutors go through very strict processes to guarantee they are “quality teachers.”

Verbling’s investments add up to $4.4 million, and Jolis said that the funds from the latest round will be used to find ways to optimize the marketplace into more platforms and devices. Other investors of this round include returning investors Y Combinator’s president Sam Altman, Draper Fisher Jurvetson, Ace & Company, and John Stockdale.

The CEO also said that Verbling is looking into how to “put the experience into more hands” by finding ways to fill teachers’ availability, so they can earn more and cut the costs of the classes.

To be fair, now I know how to say, “Bonjour, je m’appelle Sindy,” and “je suis Americaine.” And hey, that’s more than I could say before.