I just returned from a mega media tour together with the Yo team in San Francisco where we met up with reporters from many top tier publications and also had the pleasure of doing a fireside chat with Dylan Tweney at VentureBeat’s MobileBeat conference.

As many of you probably know, Yo’s introduction to the world was one of the most extensively covered tech stories in history and holds a record for user growth — 1 million users in just 4 days since it was first covered by press.

One of the questions that kept coming up with reporters was: “How did Yo go viral so quickly and how did you get all that media attention?” So I thought it was about time to give a detailed outline of the historical events which led to Yo’s grand success, especially because this knowledge could also be helpful to other entrepreneurs developing mobile apps.

It all started on May 18th when we brought the great Robert Scoble to the Mobli offices to meet up with Moshe Hogeg, Founder and CEO of Mobli. 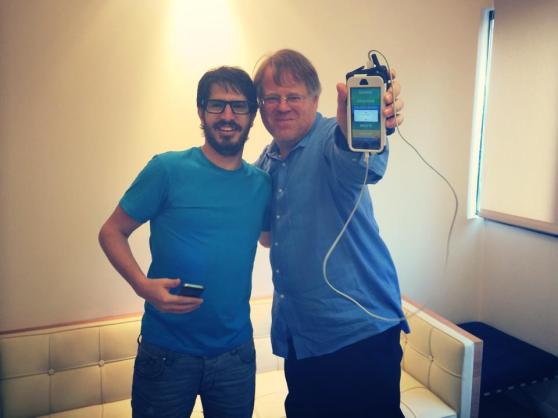 Above: Yo co-founder Moshe Hogeg and Robert Scoble.

In that meeting, we showed Scoble a new app called Yo. He installed it and said it was “the stupidest but most addicting app ever.” 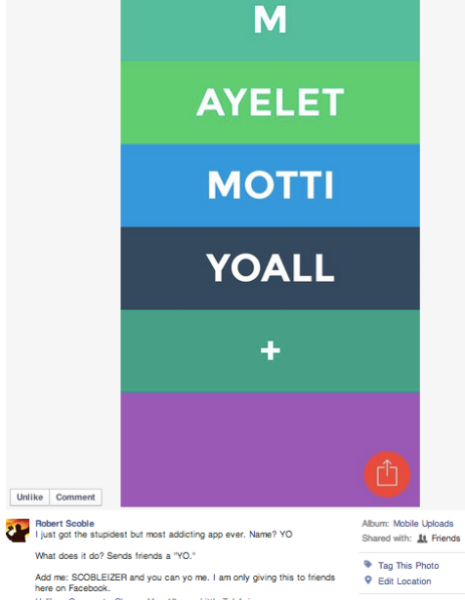 Now, those of you who are familiar with Scobleizer know that he can make or break companies. Yo is a real-life example of that. There are over 600,000 people following Scoble on Facebook. In a classic example of virality, one of Yo’s core strengths, some of the most important players in tech discovered Yo via Scoble’s post. 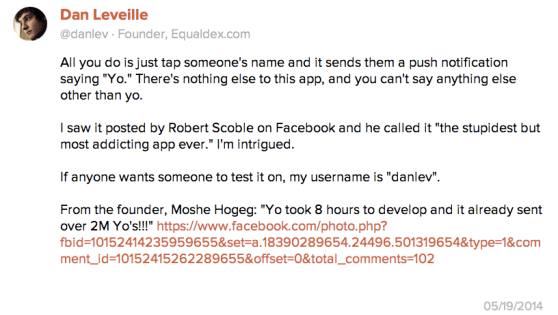 Tim Bradshaw, a reporter from the Financial Times, saw Yo on Product Hunt (as well as seeing Scoble’s Facebook post) and up-voted it: 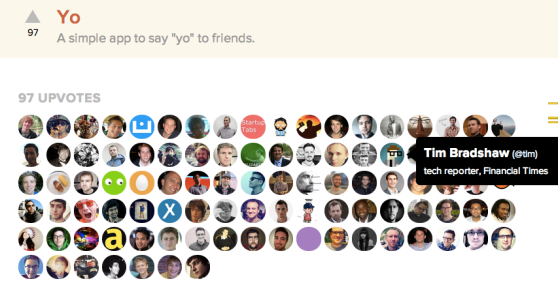 Tim then contacted Or Arbel, CEYO of Yo and in that conversation, Or told him that Yo had just recently secured $1M in funding. Tim published his article about the app in the early hours of June 18th.

Paul Sawers from The Next Web saw Tim tweet his article and also wrote his take on Yo, right before noon BST. According to Paul, “I saw Tim Bradshaw tweet something out about it and thought it sounded sufficiently nuts enough to do a quick post on it. Didn’t think for a second it would take off the way it did, though the very fact that the FT covered an app such as that, in hindsight, was indicative that there was something to it.”

Right after The Next Web post came out, we sent out our official press release to dozens of publications.

Now, June 18th wasn’t an “easy” day to get press, because Amazon’s phone announcement was happening the same day. Regardless of this fact, the Yo story ended up taking the world by storm that day. The fact that this app which only did one thing — send a “Yo” to your contacts — was able to raise $1M drove everyone nuts. One publication after the other covered Yo, from ThinkProgress to VentureBeat, TechCrunch, Time, MSNBC, NBC, USA Today, CNN, Bloomberg, WSJ, and many, many more. The title of most of these posts read something like: “The most useless viral app ever raises $1M”.

ThinkProgress’ post made it to Techmeme and led to many shares by powerhouses of the industry:

Twitter and Facebook feeds were filling up with tech journalists and early adopters talking about this zero-character communication app: 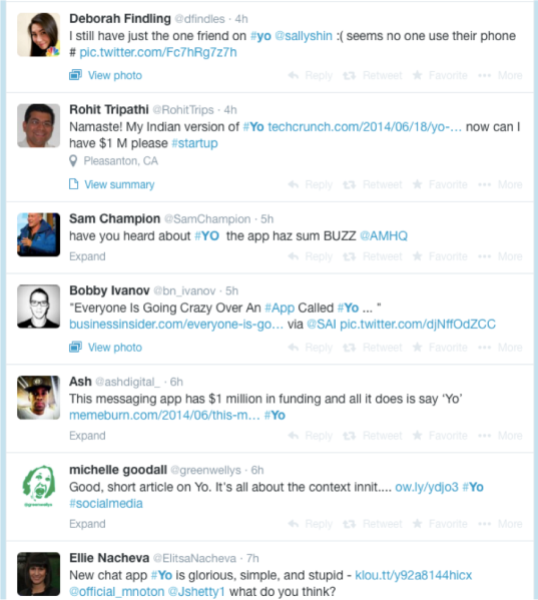 On June 19th even the Colbert Report did a hilarious segment on Yo. This was no longer a Silicon Valley insider thing. Yo had gone mainstream.

Yo hit the top spots in app stores across the world. People were creating Yo clones such as “Dude”, “Yo Hodor” and Yo video parodies. 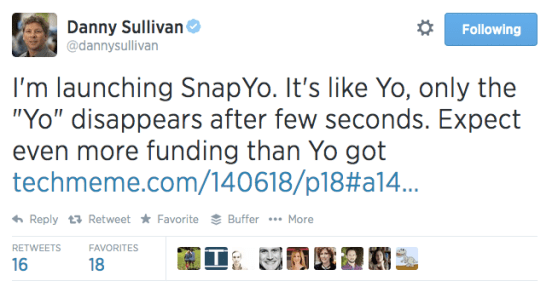 As Mark Sullivan from VentureBeat wrote: “Yo is possibly the most polarizing app in history. There are no in-betweens with Yo: You either love it or hate it.” Lovers and critics alike couldn’t stop themselves from covering the app.

In order not to lose momentum, we quickly followed the launch PR outreach with another update announcing one million users on June 23rd. This enabled us not only to get more coverage but also to strengthen our relationships with the reporters who were covering us.

We followed this announcement with more stories including:

In the duration of a month, we had more news to tell the world than the usual app has in a year. That sent a message to the world that Yo was not just a passing phase, but was here to stay.

Yo opening its API brought with it a great deal of opportunity to receive even more media attention. One of the most interesting recent uses of Yo’s API occurred when Israeli missile notification service, Red Alert, teamed up with Yo to warn Israeli citizens of incoming missile strikes. Yo users who follow “RedAlertIsrael” within the app receive an alert every time attacks are inbound.

This story went viral — over 70 publications covered it and this use case showed the world that Yo was not only funny and silly but could also be used for serious purposes: 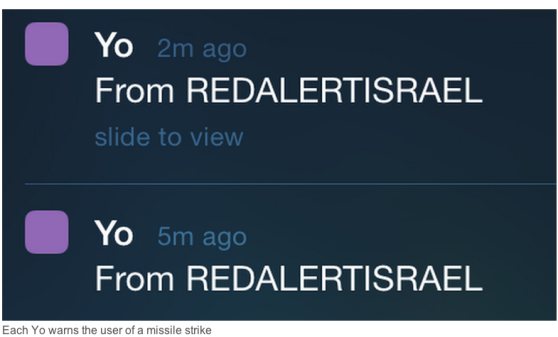 So here we are — back where I started this article. Last week we did an organized media tour to meet up with top tier reporters in San Francisco face-to-face to share Yo’s future vision for brands with them. Feedback from reporters and the tech community in general was extremely positive. It seems they understand that there’s more to Yo than just sending a Yo.

A month after launch, Yo is at 2 million users and going strong. Yo is not a passing fad: We are just at the beginning. Stay tuned for more news updates coming from the company very soon.

You’ll see that this app can achieve many things, even though it does only one.