The company found that social media continues to account for a large and growing portion of traffic, depending upon the content of the news story.

Parse.ly tracks and analyzes the site traffic of more than 400 publishers, including Business Insider, Reuters, The Atlantic, and New Republic. The results: 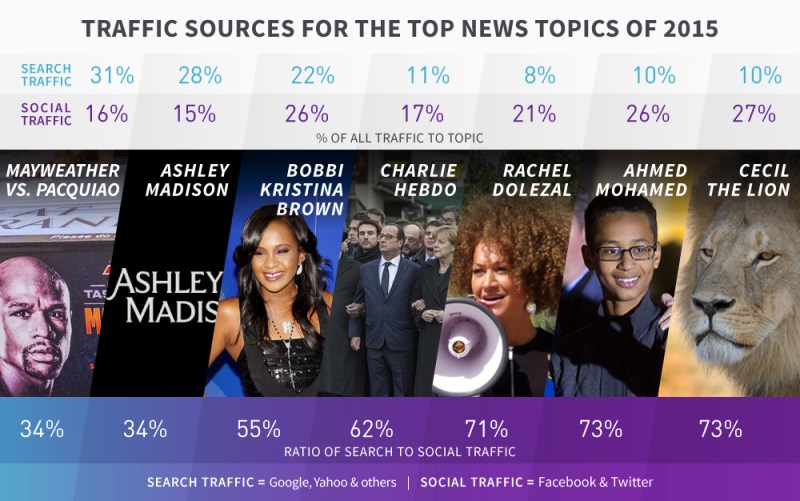 For the study, Parse.ly said it identified the top seven news events of the year based on the most-read stories in its network. “We only considered stories that had one ‘event’ at their core (sorry Donald Trump and the Kardashian clan!), then we normalized the data based on site size because we didn’t want our biggest sites to dictate the trends,” the company said in a blog post.

People searched to find the Mayweather vs. Pacquiao story more than they relied on social media, the study showed. Same thing for the Ashley Madison data breach story. But in all other stories studied, social media drove the larger number of referrals.

The balance between search and social is one of the key factors in brand advertisers’ decisions about ad spend and creative.

New York-based Parse.ly launched back in 2012.