A new study that takes in data from 1.6 million organic (nonpaid) social posts from Twitter, Facebook, and Google+ has found that 99 percent of those updates create little to no engagement at all.

Of course, SocialFlow is an interested observer and the data used to create the study does only take into consideration tweets, status updates, and social output sent through their platform.

Businesses should not jump to the conclusion that social media marketing isn’t working, however. As with marketing to the “long tail,” businesses that do moderately well with social posts could get great results, and companies should not be put off by the findings, says SocialFlow CEO Jim Anderson.

“The massive scale of the most successful one percent of posts makes everything else look small by comparison,” Anderson told me. “To use a television analogy, most every show’s ratings look weak if you compare them to the Super Bowl. But that doesn’t mean that everyone else should just give up on creating great programming. And the same is true with social.” 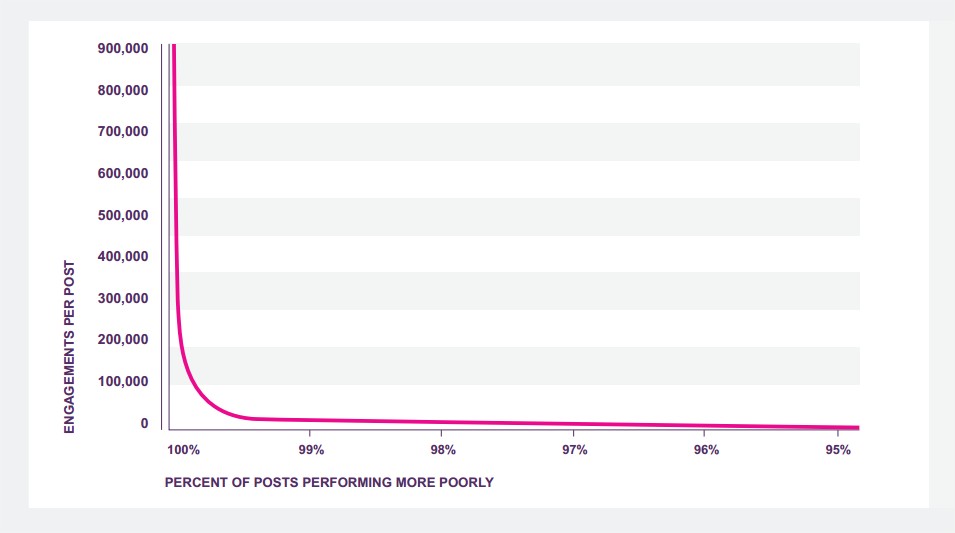 In Internet community analysis the “1 percent rule” is nothing new. That concept, however, is usually referred to when discussing content creation. The rule states that for any given community, 1 percent of the members actively create new content. You may have also heard of other variants, such as the “90–9–1 principle,” which comes up when you’re talking about wikis, forums, and other collaborative groups; 90 percent of community members read the content, 9 percent edit it, and 1 percent actively create it.

We’re studying mobile app analytics solutions.
Share your knowledge, and we’ll share all the data with you in return.

SocialFlow‘s study enables us to apply the 1 percent rule in an alternate sense, in that only 1 percent of social content creators are seeing any kind of response or action from their output. This seems to fly in the face of the 90-9-1 principal, which suggests that 9 percent of the audience should be actively participating with the content.

This may be due to the sheer amount of social output being generated and the speed with which posts disappear from our feeds and streams. I wondered if that is why key Internet influencers, such as Guy Kawasaki, post the same content four times per day.

“Repeat posting can be quite effective, but you need very different strategies for Facebook and Twitter,” Anderson said. “That’s one reason why we have ‘content recycling’ as an area for future study; there are some really interesting insights to be gleaned here.”

The study also delves into the difference in engagement between real-time updates, scheduled posts, and data-driven output.

In the report, real-time updates performed well in the media and entertainment industries, where being up-to-date and reactive are of the highest importance. Real-time output didn’t fare well within the technology, retail, fashion, health care and nonprofit verticals, who see better results when using scheduled or data-driven posts.

Data-driven output — posts whose time of publication is determined by predictive algorithms — was shown to create 91 percent greater reach and 25 percent greater engagement than scheduled posts. 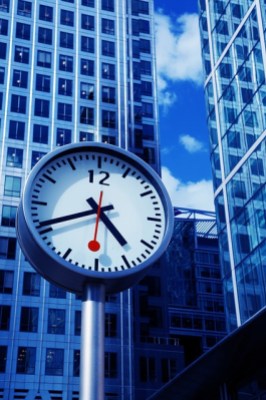 Scheduled posts have been a topic of conversation since the dawn of social media marketing. With the advent of tools like Buffer, Hootsuite, Hubspot, Beatrix, and the recent pivot in Klout’s focus towards scheduling, a number of data scientists and commentators have attempted to determine the “best times” to post updates on various social platforms. Dozens of articles, infographics, presentations, and webinars are dedicated to the subject of social output timing.

Anderson believes these findings are creating their own new set of issues.

“Posting at the recommended time has a lot of problems,” Anderson said. “First, the recommendation is based on one data set, which is usually pretty small and may bear no resemblance to your specific audience. Second, if there was such a thing as an ‘ideal’ time, and everyone then adjusted their posts to go out at that time, it would no longer be ideal.”

The implications from the report, available to read in full from their website, do raise some interesting questions for the future of scheduled posts and whether the next wave of social media marketing solutions should be focusing more on truly predictive, data-driven algorithms.

Moreover, the study highlights a potential issue with the current state of B2C and B2B social posting; the sheer amount of one-way content being broadcast via company and organization feeds. If the 90-9-1 principle is to apply in the future to social platforms as it does to wikis and other Internet communities, businesses may get better results — within the still substantial long tail of social media — via output that promotes real conversations or creates opinion.