In the world of mobile user acquisition, organic installs are extremely important.  They not only help keep the eCPI (effective cost per install) down, but organic installs can also be the most active and profitable users for a mobile app.

Unfortunately for mobile marketers, tracking the source of true organic users can be extremely challenging — because there are actually two kinds of organic users.

The first type of organic user comes from app store optimization (ASO), which is the process of using data to rank for the right keywords in the App Store and Google Play store. It can also involve rigorous A/B testing of creative and other on-page elements to maximize conversion of this valuable organic traffic. There are many debates around best practices for ASO, but, generally speaking, the biggest challenge is finding accurate mobile data around keyword volume and algorithm behavior. The data and practice for SEO and ASO are simply not the same.

The second type of organic user comes from what quantitative markers call the “K factor.” This essentially refers to the viral coefficient that a game has across its user base. Many things can drive the K factor, from offline recommendations to successful social implementations across Twitter, Facebook, and other platforms. This is more than just invites from one user to another — the challenge is that it can be hard to track every source of viral traffic and installs because so much is driven by end users who “do their own thing.”

In most cases, the measurement tools used by the vast majority of mobile marketers lump organic into a single bucket. This bucket consists of any installs that are not a result of tracked paid acquisition channels — meaning your ASO and K factor are lumped together.  While most user acquisition for mobile apps is performance-based, turning ASO into a CPI activity would result in cannibalization of the K factor and an erosion of the fundamental freemium business model that most apps depend on.

This may not be a problem for apps that don’t have a strong viral coefficient, but it has been historically proven that most apps which fail at the K factor aren’t going to be successful long term anyway.

A look at the numbers

Let’s take a look at the numbers for a moment, using games as a category example.

On the monetization side of the equation, according to this study recently featured on VentureBeat, only 2.3 percent of total users are responsible for 60 percent of revenue in most games. This means that if one million users are acquired, only 23,000 of those users help pay the bills. They spend an average of $8.27 per transaction, or $28.94 per month. Diving deeper, among these users, only 20 percent are repeat purchasers, which largely reflects churn metrics.

On the user acquisition side of the equation, according to Fiksu’s final CPI index, the cost of acquiring a user through paid channels settled to around $3.21 in March 2016. Interestingly, this is Fiksu’s final CPI index, because they have found that “CPI should no longer be a central metric in measuring app marketing success.” Further, the same-day churn from user acquisition can be as high as 66 percent — a full two-thirds of installs.

What this means is that the cost to acquire one million users who are active after the first 24 hours is nearly $10 million if you are only investing in paid channels. Assuming “back of the envelope” monetization of those users, using the above metrics, the same cohort of 1 million users would need to be retained for more than one year just to break even. This isn’t at all likely, given the typical user churn most apps experience.

Given these harsh stats, how do successful games and apps make this work?  By having a high volume of organics. In fact, using these metrics, an app would need 80 percent of its installs to come from truly organic sources just to approach profitability within 90 days, when considering the eCPI (effective CPI) against total installs.

While there is always a cost to drive organics — be it an agency, software and/or data licensing, or even the costs of employees in your company — it is critically important that marketers do not attach an additional CPI to their organic installs. Over the long term, if an app is successful, this will eat away at the essential benefits achieved from a good K factor and solid ASO practices, leading to unprofitable games and apps.

Trying to artificially inflate keyword ranking is very similar to the practice of “chart boosting,” which drew so much ire from Apple and Google that not only were apps participating in such schemes removed from the store, but the marketing companies facilitating those activities were removed, as well. Some of those companies, like AppGratis, were very well-known and had to re-invent their business after Apple dropped the hammer.

Not only is artificially inflating your ranking (either in charts or keywords) banned by Apple and Google, it also doesn’t contribute to improved organics long term and is not a true ASO activity. This practice doesn’t help marketers understand how to truly increase conversion and become more relevant to their target audience. No mobile app succeeds by focusing only on one keyword, because eventually a plateau will be reached, and it is impossible to buy conversion and relevance through short-term paid boosting schemes.

These short-term boost campaigns are also a big gamble because they operate under the assumption that enough users in the store will see your app and download it to make up for the paid traffic that is driven in. While this likely backs out for some apps, it is a waste of resources for the vast majority in today’s environment because the numbers simply don’t add up.

Apple and Google have very clear terms and conditions for developers. Spotting inappropriate activity in search is easy for them. If you use techniques that inappropriately manipulate your rankings, you will get caught. Your app will eventually get banned. It just isn’t normal for one keyword out of dozens to rocket in rankings overnight, because proper app store optimization (that is permitted) has much broader positive impact. Don’t get boosted out of the App Store when you are caught, like the question marks in the picture below. 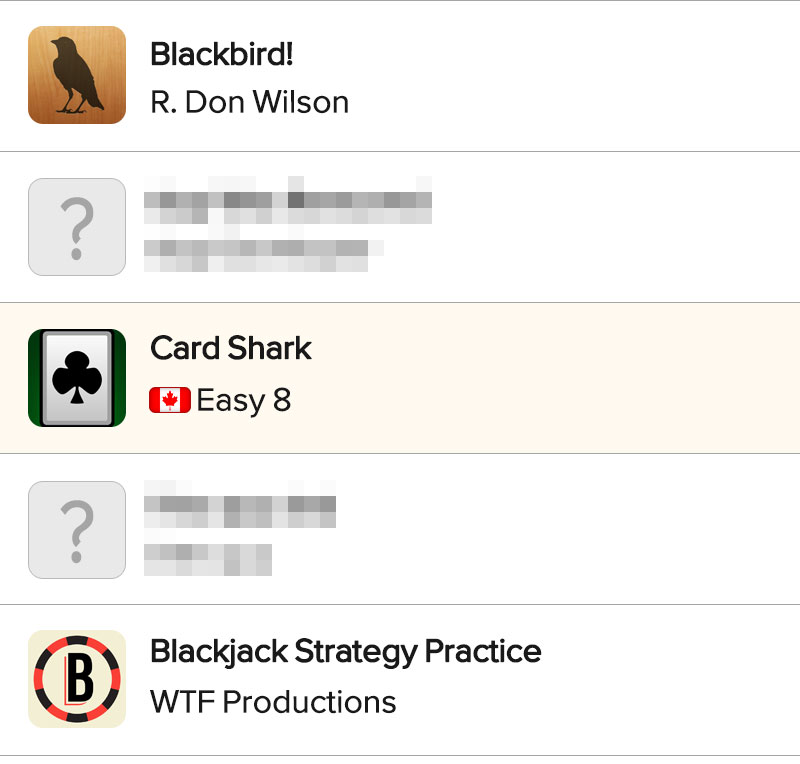 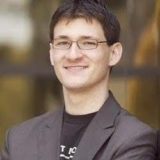 Dave Bell is the Co-Founder and Chief Executive Officer of Gummicube. He is a pioneer of the mobile entertainment industry with more than 15 years of experience publishing, marketing and distributing mobile applications and games across carrier, direct to consumer and app store channels.