Atlas Obscura may not be top of your go-to sites for travel inspiration, but the digital media startup has been gaining momentum since it was founded back in 2009 by Dylan Thuras and Joshua Foer, as it sets out to become the ultimate compendium of hidden wonders.

In its quest to push forward and gain further mainstream mindshare, the New York-based company has just raised its first significant round of external funding, garnering $2 million from a myriad of investors that include media companies such as The New York Times, VC funds such as New Atlantic Ventures, and angels such as Reddit’s Alexis Ohanian.

“We believe Atlas Obscura can be a new kind of National Geographic for our generation,” explains Foer. By “our generation,” he is referring to so-called millennials, who Foer says represent most of its million-plus active monthly users.

Atlas Obscura’s core raison d’être isn’t well-known landmarks such as the Eiffel Tower or Great Wall of China; no, it’s more places like tunnels hand-dug through mountains, abandoned water slides, and mad-colored houses in Burano. You know, places you probably haven’t heard of. 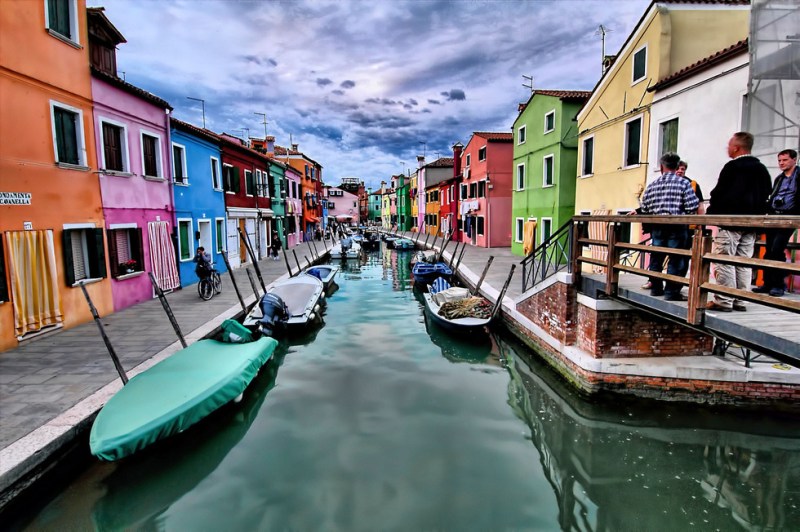 What else sets Atlas Obscura apart from other mainstream online travel outlets is that it relies largely on user-generated content. This is how it accesses thousands of hidden gems around the world, with locals and perennial wanderers uploading their words and photos to be perused by anyone. It’s like a Wikipedia for travel writing, with a specific focus on the weird and wonderful.

As with many user-focused initiatives, Atlas Obscura has built a solid community of curious minds around the world, which in turn has led to a myriad of events and monthly meetups out in the real world, in the likes of New York, San Francisco, and L.A.

The gatherings usually take place in specific “cool” places — for example, last week saw a meetup take place at Holographic Studios Inc., which is touted as the “world’s oldest holography gallery.” Here, attendees were given an in-depth tour of the collection and a chance to witness how the holograms are made. Other ventures, including behind-the-scenes tours of museums and expeditions to utopian ghost towns in the middle of deserts, have led to more than 30,000 people turning out to Atlas Obscura meetups.

The latest round of funding comes at a time when a handful of personnel changes are afoot at Atlas Obscura.

Cofounder Joshua Foer, who also happens to be author of a bestselling book about memory called Moonwalking with Einstein, is now chairman and editor-at-large at the Brooklyn-based company, while Dylan Thuras, who had headed up Atlas Obscura since its inception, is now the creative director and head of video.

Late last year, David Plotz took over as CEO, having previously served as editor-in-chief at Slate since 2008. Incoming editor-in-chief Reyhan Harmanci will be leaving a role at Fast Company.

Next up for Atlas Obscura will be a new book based on its gargantuan library of hidden gems, which will be published in 2016. And $2 million to the good, the startup will be setting out to improve its user-generated content platform, which may eventually lead to native mobile apps. It also plans to invest further in professional journalism and video-based projects.

While Foer may have National Geographic in his sights, CEO Plotz has his eyes set on another well-known modern media brand. “We are going to grow Atlas Obscura into the ‘nice’ Vice — a media company that celebrates what an incredible, strange, and marvelous world we live in,” he said.