Elon Musk has been banging on about a so-called “fifth mode of transport” for some time. The futuristic high-speed Hyperloop train doesn’t yet exist, but it would get you from San Francisco to Los Angeles in 30 minutes if it did.

The conceptual Hyperloop was first proposed by SpaceX and Tesla Motors cofounder Musk in 2013, when he discussed a system of transporting people in “pods” through a narrow tube at around 760mph. While Musk hasn’t personally committed to developing such a system for commercial use, he has committed to supporting companies willing to help make his Hyperloop vision a reality.

As part of a competition, Musk revealed last year that SpaceX would construct a one-mile long test track to facilitate engineers and students wishing to trial their own ideas in the real world. Now, more than 20 teams have been selected to test their prototype pod designs out at the Hyperloop test track in California.

More than 115 student engineering teams participated in SpaceX’s Hyperloop Pod Competition Design Weekend, which was hosted at Texas A&M University in College Station, Texas. Elon Musk showed up to give a speech and answer some questions. 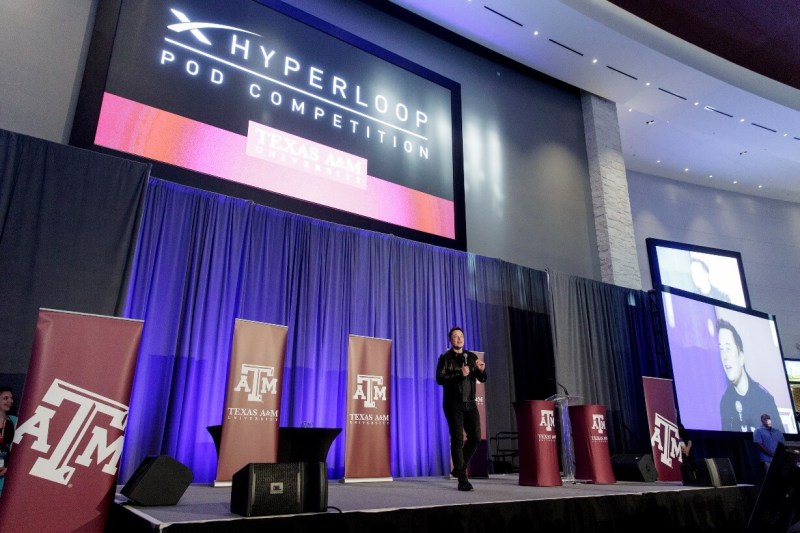 From that cohort, 22 teams were selected based on a range of criteria, such as:

The Best Overall Design Award was won by the aptly named MIT Hyperloop Team, from the Massachusetts Institute of Technology (MIT), though other more specific awards, such as “Pod Innovation,” were scooped by teams from far-flung places such as Delft University of Technology in the Netherlands. There were five awards in total, though 22 teams have been selected to attend the prototype-testing weekend next to SpaceX’s Californian headquarters later this year.