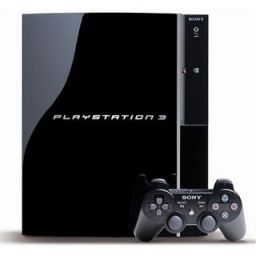 Lovefilm, the “NetFlix of Europe”, has just announced that its streaming video subscription service will now be available on Sony’s PlayStation 3 video-game consoles in the UK. Lovefilm currently has 1.4 million subscribers in Europe. More than 3 million households in the UK own a PS3.

I recently talked to Lovefilm’s chief digital officer, Lesley MacKenzie, on the expansion of the digital business. Lovefilm is the top DVD-rental subscription service in Europe. As with Netflix, users sign up for a subscription online and then request DVDs which are sent by mail. Its biggest markets are the UK, Germany and the Nordic countries.

In May this year Lovefilm launched a streaming service on PCs in the UK. The company expects to expand it soon to other European countries, and sees itself at the early stage of a transition from physical to digital delivery, according to MacKenzie. But the speed of that transition will depend on the level of broadband access in various European countries. Users also need to start to value the digital service as highly as a physical DVD.

Lovefilm supports Sony and Samsung smart TVs, which support Internet connections and can display Web videos and other services, but MacKenzie told me that Europe is 18 months to 2 years behind the US in that area. The company has noticed that smart TV users are 3 times as active as PC users. Mackenzie also said, for more recent movies, if users are given the option to order a DVD as part of their subscription or pay extra to stream it immediately, a large proportion of customers will pay.

Netflix plans to launch a European service in late 2010. I asked MacKenzie about the threat posed to Lovefilm. She pointed out that Netflix pulled the plug on a previous UK rollout in 2004. In her opinion, Europe is not ready for a mainly digital service from a brand largely unknown in Europe.

Lovefilm is based in London and was founded in 2003. Its backers include Amazon.com, Index Ventures, Arts Alliance Media, Balderton Capital, and Esprit Capital Partners.