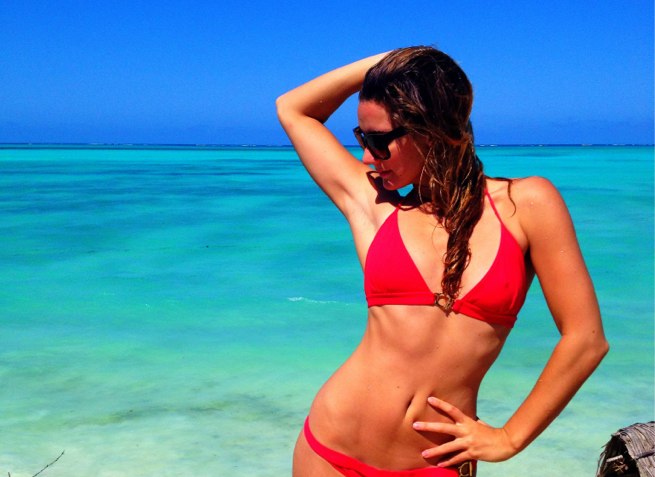 Hermione Way, one of the stars of the upcoming Bravo show Start-Ups: Silicon Valley, is probably just what network executives had in mind when they invented “reality TV.”

For that reason, she’s not at all the sort of person Silicon Valley wants to represent itself. And that makes her an extremely polarizing figure.

When she got cast in the show, she stopped being just another lovable, sexy, moderately-followed, and sometimes-outlandish blogger — and she started to become the butt of the real Silicon Valley’s jokes. “She’s not a geek!” show critics have screamed. “She’s participating in the dumbing down of Silicon Valley!” others have cried. “How dare she call herself an entrepreneur!”

But who is this woman at the center of Silicon Valley’s latest scandal?

Twenty-seven-year-old Way calls herself a crazy gal from Britain, says she has no regrets, and admits to having no qualms about openly talking about typically taboo topics such as sex on Facebook or Twitter, which she does frequently.

“I got here by the seat of my pants, ignoring the rules,” she told me.

I first met her about two years ago at a party hosted by a friend at an apartment in the Russian Hill neighborhood of San Francisco. The party was thrown in my honor, but she was the center of attention.

That wasn’t the only time she was at the heart of the action. At a technology conference in Palm Springs, Way rescued me from an endless cavalcade of drab entrepreneurs hoping to pick my brain (or worse). She paraded around a Facebook press conference last year like a woman who knew exactly where her next story was coming from. Later, at a post-event private party, she took a puff of Snoop Dog’s joint onstage, during the rapper’s set. 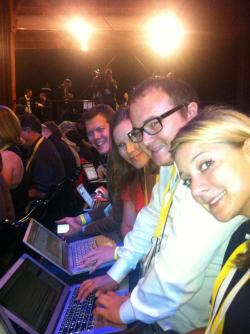 Her beauty, charm, and accent are mesmerizing, at least to me and to plenty of men I know.

“You will always notice her if she is in room. She is very charismatic — and very noticeable,” our mutual friend Ben Parr told me.

And the insults that have come her way since joining Bravo’s show? She’s taking those mostly in stride.

“For a place that’s supposed to be so open to change, and open to innovation, and open to new ideas, it’s incredible that the whole of Silicon Valley seems so against this TV show,” she told me when we caught up over an hour-long chat about the show. “I think the real question is, why wouldn’t any entrepreneur not want to be on a TV show … to get your idea in front of millions of Americans and worldwide? I think you’d be crazy not to do a TV show.”

From Britain, with love

Born in Exeter, U.K., Way spent of much of her childhood with her mother, while her brother Ben was reared by her father. (Ben is also on Bravo’s show now.) Her parents split when she was two, and she had little interaction with her brother until he moved to San Francisco in September, 2011.

“I had a huge interest in the industry, and it was amazing to me, just the fast-paced nature of it … all my friends were getting ideas off the ground,” she said. “I kept writing about Silicon Valley and hearing about Silicon Valley, and one day I literally decided I had to be in Silicon Valley. I couldn’t be in the second most important place in technology in the world. I had to get to number one.”

Eventually, Way convinced the blog The Next Web to hire her to run its video operations out of San Francisco. She packed her bags and moved to the city of entrepreneurial ambitions in December 2010. She still serves as video director for The Next Web. (Note: VentureBeat competes with TechCrunch and The Next Web.)

Once stateside, Way said she noticed a convergence happening between Hollywood and Silicon Valley. She took an active interest in bringing the two regions together, bought the domain hollywoodmeetssiliconvalley.com, and started dreaming up ideas for a television show themed around life in the valley.

In fact, a year and a half ago, at that very same technology conference I mentioned earlier, I recall Way talking about her post-conference plans to meet with television executives. Her TV talk didn’t strike me as driven by an need to attach her name to something greater than her worth, though I did pick up a hint of Hollywood-itis.

She took the meetings, but nothing came of them. Instead, a few months later, she pitched Bravo representatives on producing a show about the pressure and intensity of entrepreneurship in Silicon Valley. The timing coincided with Bravo’s search for young, confident professionals with big personalities to cast in a reality show.

“I told them I wanted to produce [a show], and they said, ‘You’re quite a character. You’re pretty crazy. Why don’t you be in the show?'”

A pretty girl dressed up as an entrepreneur 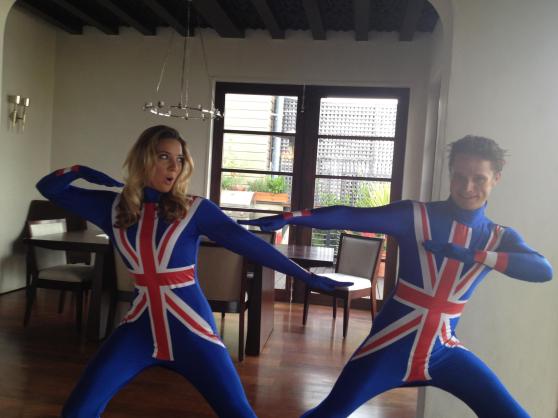 Above: Hermione with brother Ben

Cast she was. The problem is that Silicon Valley, and the greater Bay Area, is defined by geniuses, inventors, builders, bold-thinkers, and people who generally look more like geeks. So when a pretty girl flaunting a social media background comes around and lands a television show about entrepreneurship in the area, people tend to get judgmental.

Revered entrepreneur-turned-investor Kevin Rose thumbed his nose at an early offer to join the show. His, “yuck, please stay in LA,” tweet could stand in for the opinions of many others in the industry.

“She has sold her industry and her generation out, and there’s little any of the real entrepreneurs can say other than sit there, mouth agape, wondering why the hell she would do this,” Lacy wrote in April after a preview for the show hit the web. “I hope she made plenty of money off the deal, because as far as I’m concerned she’s sold her Silicon Valley soul for 15 minutes of fame on basic cable.”

The issue seems to be that Way and her castmates are mere wannabes, pretty people dressed up like entrepreneurs, frat boys and sorority girls on a giant, fame-seeking bender. They make Silicon Valley look like something it’s not, the argument goes. They stand for everything Silicon Valley is not.

On the show, she said, viewers will watch as she and Ben set about raising funds for their health-focused startup Ignite, a startup they co-founded in May of this year.

Spoiler alert: The two are successful in their fundraising endeavors, which gives some credibility to their hardware-software play that supposedly turns a person’s iPhone into a type of Wii Fit board. How much they managed to raise, I don’t know.

Too sexy for Silicon Valley

“I personally believe her intelligence is underestimated,” Parr told me. “She’s usually a step ahead of most everybody else … I think most people write her off because she’s more free-spirited [than others].”

Way’reputation may also be marred, at least in the eyes of hypercritical Valley insiders, by a carefree attitude so unencumbered that she doesn’t fret about sharing photos of her kissing girls or posting details about her sex life on Facebook or Twitter.

Debate on whether pre-cum can get you pregnant or not?

She doesn’t feel like she has to apologize for the candor.

“I am who I am, and I don’t feel like I should change who I am because I’m worried about what other people think,” Way said. “Do I like sex? Yea, I’m a 27-year-old single girl who’s dating … I know I can be a little bit crass to some people, but at the end of the day that’s just who I am.”

Her dating life, to no surprise, will be a part of the show.

It’s the dating choices of bombshell Start-Ups: Silicon Valley cast member Sarah Austin, however, that are bound to cause the most drama on the show. Way and Austin, once friends, had a falling out at South by Southwest in March of this year. So when Austin starts dating Way’s brother Ben, the tension between the blonde starlets intensifies.

Way also seems to think of herself as more entrepreneurially-minded than Pop17 web personality Austin, who she helped recruit for the show after an original cast member dropped out. “People can think what they like about Sarah, but I do view myself differently than her. You have to watch the show to see that drama.”

As to her own Silicon Valley credentials, Way had this to say:

To anyone who says that I’m a nobody … I have to say that I’ve dedicated my entire working life to technology and startups, whether it’s writing about them or starting them. Silicon Valley is an ecosystem. There are the entrepreneurs, the investors, the bloggers, and just because you’re a blogger and you don’t start companies, it doesn’t mean you’re not apart of the ecosystem.

Business. Drama. Parties. These are all plot elements Way said will be broadcast to Bravo viewers each Monday night. And nothing is scripted, she insisted.

“Everyone thinks [the show] is going to be all about partying, and there is that aspect, but people in Silicon Valley do party,” Way said. “There are four or five events on every night. But I think there’s going to be a lot more business than you’d expect.”

Say what you will about Way and the rest of the cast, I know I’ll be watching, if only because I happen to enjoy Housewives-caliber drama. And let’s be honest, to ignore the seedier side to Silicon Valley is to ignore reality.