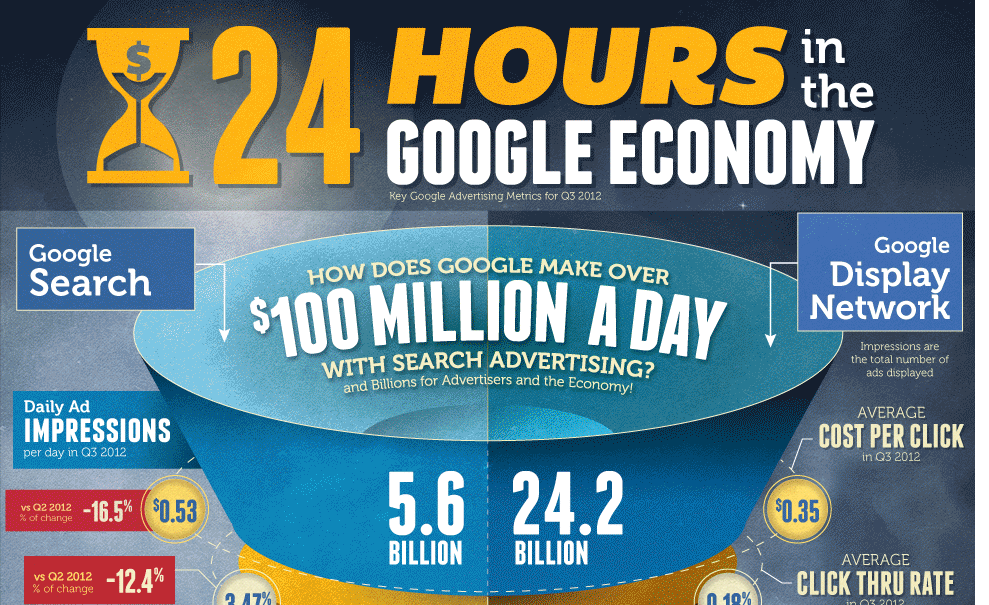 Last week Google stock crashed 10%, shedding about $21 billion in market value, when its earnings were prematurely released. Google revenue was up … but profit was down.

Now a new report from an independent source, internet marketing software company Wordstream, is giving us more information on how, exactly, that happened.

Essentially, even though total revenue rose to hit $14.1 billion, including $10.8 billion in advertising revenue, the amount advertisers pay for each click decreased significantly. Advertisers paid 16.5 percent less per click on Google search results compared to the previous quarter, and a whopping 18.2 percent less on Google’s display network (sites around the Internet that carry Google’s ads).

The upshot is that while strong growth in the number of ad impressions and clicks — 21.6 percent on Google search, and 29.1 percent on the network — drove top-line revenue, profitability as a percentage of sales was impacted. And that’s what caused such panicky GOOG stock selling that Google asked NASDAQ to halt its stock trading temporarily.

The data comes from a study that analyzed 2,600 AdWords accounts with a quarter of a billion dollars in annualized spend, including both small and large advertisers.

So how does Google make over $100 million a day?