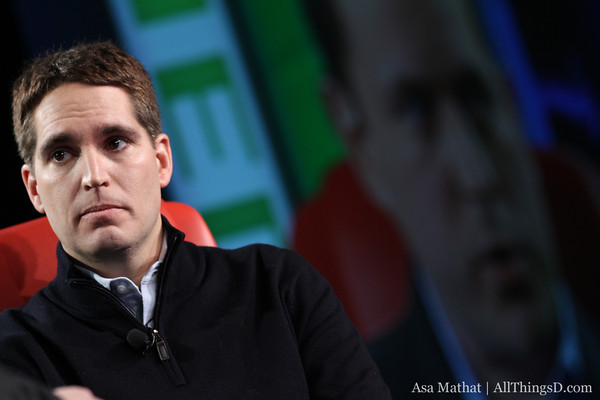 Streaming video site Hulu is on the cusp of airing its first original series. Original programming will be an important part of the company’s agenda in the future, CEO Jason Kilar said at the D: Dive Into Media event in Dana Point, Calif. Tuesday.

Kilar expressed Hulu’s commitment to a “healthy differentiation” of its service from other video streaming services (Netflix was implied, but not named), in an on-stage interview with AllThingsD media editor Peter Kafka.

Kilar also talked about the value of Hulu’s more than 330 content partners and the early success of Hulu Plus, the company’s for-charge premium subscription offering. Hulu closed out 2011 with a strong subscriber base of 1.5 million paying customers.

Kilar said, as he has before, that Hulu’s business model, thanks to Hulu Plus revenue, allows it to pay the content community more per user, per month than anyone else in the industry. “It’s our fattest growing business, by far,” he said, claiming that the money paid out to content creators is “extremely generous.”

Hulu made $420 million in 2011, an impressive figure but one that fell $80 million short of a revenue projection it made for the year. Kilar attempted to clear up confusion around Hulu’s financials. The board plan for 2011 was initially $408 million, he said, but early in the year the company was on pace to hit $500 million in revenue. Then, he explained, the third quarter advertising market fell soft and the pace of ad sales slowed. Things rebounded in the fourth quarter, however, and Hulu is now off to a strong start to 2012.

Kilar also previously committed to spending $500 million on content in 2012, a promise he now indicates the company is intent on keeping. In January, Hulu revealed that it ordered 13 30-minute episodes of its first original series, the faux political documentary “Battleground.”

Of course, Yours Truly couldn’t let Kilar off the hook without asking about the company’s plans to release a Hulu Plus application for Apple TV. A 9to5Mac report from October purported that a Hulu Plus Apple TV app was feature ready but barred from release for political reasons. Kilar declined to comment on the status or existence of the secretive application, calling the question juicy and saying only that the company does not comment on its product plans.

Kilar also did a decent job of clarifying the intentions behind the company’s highly publicized quest for a buyer. Hulu, he said, was merely trying to be responsible to its shareholders and better understand its market value. Still, the four-year-old company remains heavily reliant on the whims of content providers and will continue to be until its original programming plan comes to fruition.

“The journey that we’re on is not for the faint of heart,” Kilar said.