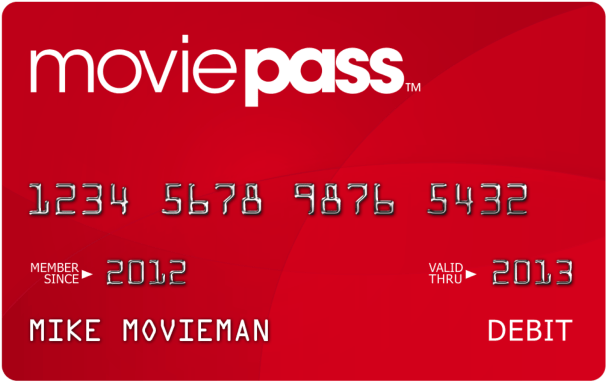 The goal of creating a subscription service for going to the movies — a “Netflix for theaters” — is a tough one. Not only do you have to get movie studios on board with your plans, you also have to form partnerships with national theater chains. And let’s face it, neither group is quick to climb aboard a service that disrupts the current ticketing model. 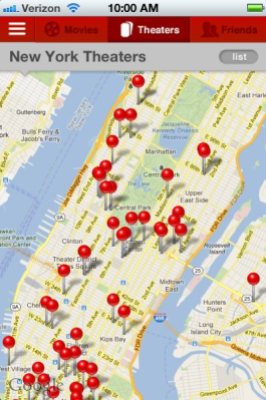 But MoviePass, a company that’s been trying to crack this nut for some time, may have found the answer. Today MoviePass is debuting a subscription movie theater service that relies on mobile app check-ins and a proprietary payment card. And best of all, the company has managed to do this without any formal agreements with movie theaters and studios.

Here’s how it works: For a flat monthly fee (between $24.99 and $39.99, depending on where you live), MoviePass grants you access to one free movie ticket a day. To use the ticket, you simply need to head to a movie theater, check in using the MoviePass app on your iPhone, and then pay for the ticket with your MoviePass payment card. To the theater, it looks like you’re paying with a normal credit card, which means MoviePass will work at any cinema that accepts credit card payments.

For now, MoviePass doesn’t support 3D showings or IMAX films, but chief executive Stacy Spikes said the company will eventually offer those at higher subscription costs. Starting today, MoviePass will open up to the more than 75,000 people signed up on its waiting list, and existing users will be able to invite up to 10 of their friends.

“Ninety-three percent of the time, tickets [in movie theaters] are not being sold and seats are empty, so we definitely feel this will help … put more butts in seats,” Spikes said in an interview with VentureBeat.

Even though the company doesn’t have agreements with studios and theater chains, the new service was developed with their needs in mind. MoviePass doesn’t get in the way of existing online ticketing services, for example.

While it may seem obvious to tie a service like this to a prepaid payment card, Spikes, a former vice president at Miramax in the ’90s, tells me that MoviePass is actually doing something entirely new. Previously, it wasn’t possible for a third-party service to add funds to a prepaid card. But MoviePass came up with a patented process to enable that, which means the company’s check-in/payment card model could easily spread to other ticket-based activities like amusement parks.

MoviePass has been testing an earlier version of its service for the past nine months, but it only supported independent theaters and required you to print out movie ticket vouchers ahead of time. I’ve been testing that version of the service for a few months in conjunction with my movie podcast at Slashfilm.com, and while it worked every time I tried it, it was a bit cumbersome.

This new MoviePass service is a major improvement in theory (I’m still waiting to test it out), and it could just be the answer to falling attendance and concession sales for movie theaters.  The company claims it has managed to increase movie theater attendance by as much as 64 percent and concession sales by 123 percent with the earlier version of its service. Given how much more convenient this new service is, I’d expect those numbers to be even higher this time around.

MoviePass is clearly targeting movie fans and cinephiles with its pricing, especially those who see at least one movie a week in theaters (like this writer). That makes more sense than aiming to please everyone with its movie subscription service, but the company will need to make sure it attracts enough hardcore moviegoers to be sustainable.

The company isn’t the first to take a stab at discounted movie tickets — I’ve used several services (whose names I’ve forgotten by now) that offered users a bundle of movie tickets for a flat monthly fee but that inevitably went out of business. Their problem, according to Spikes, was that users were taking advantage of all of their monthly tickets and bringing their friends and family, which ended up being too costly.

MoviePass is based in New York City and has raised $4.7 million so far from True Ventures, AOL Ventures, WME, and others. 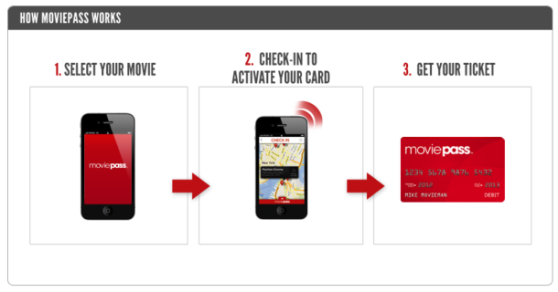