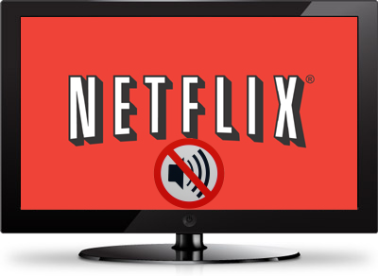 It’s unclear how much research Netflix did with consumer focus groups prior to going public with its plan to split its DVD rental and streaming video businesses.

However, one thing that is certain is the company’s inability to pay attention to what its customers are saying.

Had Netflix bothered to listen, it might have avoided shattering its credibility, hurting the value of its stock price and losing more than 800,000 subscribers in the last three months.

In an interview with the New York Times shortly after its third-quarter 2011 earnings call, Netflix Chief Executive Reed Hastings said he assumed the plan to split the company had been presented to customer focus groups before it was made public but wasn’t entirely sure. Furthermore, Hastings said he couldn’t recall what those focus groups had said about the plan.

One would think that a decision as important as splitting up Netflix into two wholly separate parts would require lots of attention from focus groups, consumer polls, etc. — but more importantly, you’d think the CEO of the company would remember what they said.

Netflix declined to comment on the types of testing or the results from that testing.  “We don’t discuss focus groups or our member research,” a company spokesperson told VentureBeat.

But regardless of formally conducted research and focus groups, if Netflix was seriously listening to the reactions of its customers, all it really had to do was review over 11,000 mostly negative comments on the company’s initial blog post about the announcement and/or check social networks like Twitter and Facebook.

Shortly after the company’s announcement in July that it would be increasing subscription rates for some by 60 percent, social media research firm Mashwork conducted a study that predicted a large number of subscribers would cancel their service.

The study looked at 139,784 pieces of conversation — from a variety of sources, like Facebook, Twitter, blog posts and popular forums —  about Netflix over the first 14 hours after the announcement. Of those conversations, 36,543 (or about 26 percent) indicated that they planned to cancel the service due to the price increase.

While the results from the study don’t necessarily indicate a direct correlation to the 23.19 percent of U.S. Netflix subscribers who canceled, they do show how ridiculously easy it would have been for the company’s executive team to see that its decision-making was wildly unpopular.

Although Mashwork didn’t conduct research on the subscriber response to splitting up Netflix’s streaming and DVD business, Mashwork CEO Jared Feldman said he thinks the results would be comparable.

“It all boils down to Netflix not paying any attention to what their customers are saying though social media,” Feldman said in an interview with VentureBeat. “If Netflix had paid attention to the 26 percent of its U.S. customers talking about canceling, (the losses) could have been managed better.”

While the company eventually wised up and killed its plan to split the businesses, the damage has already been done. Netflix’s stock price setbacks and subscriber growth decrease might have halted the company’s long-term plans, which include spending more money on premium content for its streaming library as well as an intensive international expansion.