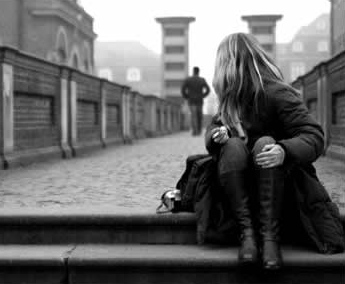 Premium cable channel Starz on Thursday surprisingly announced that it has ended negotiations with Netflix to renew its licensing agreements, meaning Netfix users will lose a ton of great streaming movie and TV choices in early 2012.

Starz’ decision to walk away shows just how fragile the relationship is between old and new media providers. Starz now sees Netflix as a threat to its business because consumers can opt for an $8-a-month unlimited streaming plan rather than pay for cable, where Starz makes most of its money.

“When the agreement expires on February 28, 2012, Starz will cease to distribute its content on the Netflix streaming platform,” Starz wrote in a statement. “This decision is a result of our strategy to protect the premium nature of our brand by preserving the appropriate pricing and packaging of our exclusive and highly valuable content. With our current studio rights and growing original programming presence, the network is in an excellent position to evaluate new opportunities and expand its overall business.”

Netflix reportedly offered Starz more than $300 million a year to keep the content available, but Starz said it was not enough and demanded that Netflix use tiered pricing, according to the LA Times. Mirroring how top tier cable channels work, Starz wanted all Netflix users to pay a premium on top of the $7.99 package to access Starz content, but Netflix said it was out of the question.

Starz originally signed a 5-year, $30-million-a-year contract in 2008 when Netflix had significantly fewer subscribers. Streaming Starz movies and TV shows on Netflix was a way to get the brand out there and potentially interest users in subscribing to Starz. Now that Netflix has more than 25 million customers and many consumers are “cutting the cord” in favor of online video from Netflix, Hulu and others, Starz does not want to encourage even more people to leave cable programming for good.

Starz currently controls the pay-cable rights to movies from Walt Disney Studios and Sony Pictures, so many films from those studios show up streaming on Netflix under the agreement. Under the Starz Play channel on Netflix, users can instantly watch movies like Tangled, Alice in Wonderland, Let Me In, Blade II, and The Sorcerer’s Apprentice. Those titles and many others will vanish in February 2012.

Netflix CEO told Business Insider that Starz content represents “about 8 percent” of domestic Netflix subscriber viewing. He also said the company will add more content in the fourth quarter and will use money earmarked for Starz to buy content from other providers. Netflix already has agreements with TV and movie studios including MGM, Paramount, Lionsgate and Relativity.

The news comes the same day that Netflix instituted a highly unpopular price hike. Netflix used to charge $9.99 a month for a combo plan of streaming and 1-DVD-at-a-time; it will now charge $15.98 for the same. The company said the price hike is intended to get more users on the streaming-only package so it can move towards limiting its physical DVD rentals. Of course, the problem with moving customers to streaming is that the Watch Instant catalog is minuscule compared to the DVD catalog. With Starz leaving the table, the streaming catalog will be in an even worse position.

As a Netflix user who recently moved from the combo plan to streaming only, I’ll be rooting for Netflix to secure some new licensing deals to make up for the lost Starz content. But if Netflix doesn’t get its act together by February, or if even more providers drop their Netflix streaming titles by that time, I may give up on Netflix entirely. And I’m sure I’m not the only one.