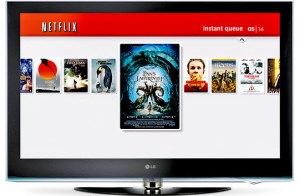 Netflix ended the third quarter of 2011 with just 23.8 million total subscribers — 810,000 fewer than the previous quarter, the company revealed today in its latest earnings report (PDF).

So, where did those lost subscribers go? Most of the losses are attributed to the company raising subscription rates by 60 percent on its DVD-by-mail service. The low numbers are also reflective of Netflix’s unpopular decision to break off its DVD-by-mail business into a separate company called Qwikster — a move that Netflix later canceled after receiving backlash from its customer base.

In a guidance update issued in September, Netflix did predict it would lose subscribers in the third quarter. However, those predictions were lower than the company’s original estimate of dropping from 25 million subscribers to 24 million.

It’s also worth noting that subscribers to both its streaming and DVD business were down (a prediction that was supposed to hold true for only the DVD side of the business). Netflix ended the quarter with 21.5 million streaming customers, compared to the estimated 21.8 million. As for DVD subscribers, the company had 13.9 million, compared to its estimated 14.2 million prediction.

In a letter to shareholders, Netflix CEO Reed Hastings and CFO David Wells said they expect both revenue and profits in the fourth quarter to decline more than expected. However, the company should still remain profitable overall due to Netflix’s entrance into new international markets, like the UK and Ireland.

Despite additional revenue from international launches in Latin America and Europe, Netflix’s stock price has been taking a beating. The company’s stock was hitting $300 a share earlier this summer but is now hovering just below $100.