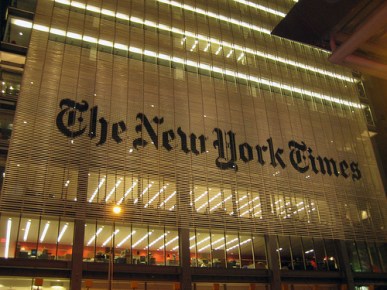 In a bid to wean online readers from reading the paper’s content for free, the New York Times finally announced its digital subscription plans today, starting at $15 for four weeks of access.

While certainly ambitious, and something that every online publisher will be paying attention to, the paper’s paywall plans seem both too expensive and too confusing to take off.

The $15 four-week subscription gets you unlimited access to the site on the web and via mobile apps on the iPhone, Android and Blackberry. A $20 plan offers four weeks of web and iPad access, and the paper will also offer a $35 all-access plan that will cover the web, phone and iPad. Existing subscribers of the NYT’s print edition will receive unlimited access to the paper via the web and mobile devices.

So how will the NYT avoid losing casual readers? Beginning March 28, the paper will allow visitors to read up to 20 articles a month for free. Once they hit the 21st article, they’ll be forced to choose one of the above subscription plans. The paper has already turned on the 20 article limit for readers in Canada to test out bugs before the US launch.

“This move is an investment in our future,” said Arthur Sulzberger Jr., chairman of the New York Times Company, in remarks to employees this morning. “It will allow us to develop new sources of revenue to support the continuation of our journalistic mission and digital innovation, while maintaining our large and growing audience to support our robust advertising business.”

Judging from my Twitter stream today (which admittedly is full of media personalities), response to the New York Times’ paywall plans seems to be mostly negative. I can understand why. The $15 a month base price just seems too high in a world where $8 gets you unlimited access to thousands of hours of content on Netflix. Yes, the two companies do completely different things, but Netflix’s pricing is worth paying attention to: it’s more of a “why not?” type of price that consumers don’t think too much about, versus the $15 “why should I?” price.

It may not seem like a huge price difference, but I think the New York Times would have been better off starting at around $10 a month for web access. At $15, the paper will attract dedicated readers but likely not as many casual readers as a $10 plan would.

In addition to being priced too high, I think the paper is also making a mistake by offering casual readers a measly 20 stories a month. I realize that the NYT wants readers to hit that limit sooner, rather than later, but it seems like a long shot that readers would want to subscribe after just 20 stories. (You can view how many stories you’ve read in the past with your free NYT.com account at the paper’s recommendations page.)

I wouldn’t be surprised if the NYT hopes to attract new print subscribers with its digital pricing. After all, you can subscribe to the Weekender plan for the print version of the paper for $12.60 a month, which includes complete access to the NYT’s digital content. As VentureBeat’s executive editor Owen Thomas pointed out on Twitter, Weekender subscribers remain far more valuable to the NYT than digital subscribers when it comes to ad revenues.