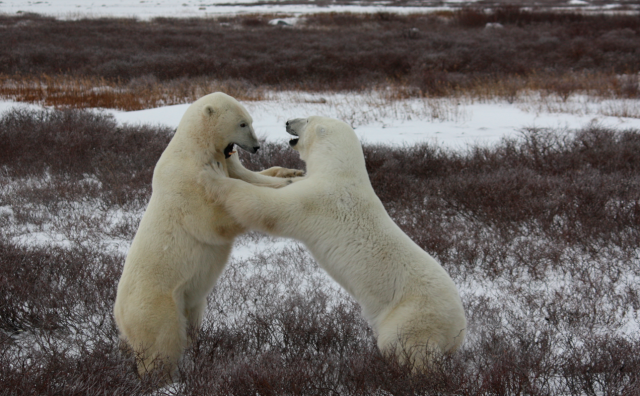 Edmodo, a social network for education, has teamed up with Polar Bears International for live, interactive online lessons about the creatures that bring kids and scientists together. This type of collaboration reinforces how digital education can connect students with places, people, and animals just beyond their reach. 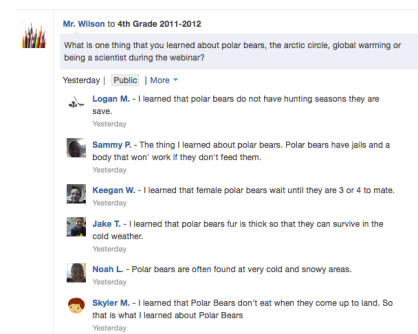 Edmodo’s goal is to connect students and teachers, teachers and teachers, and classrooms with other classrooms all around the world. So far the company has focused on the social experience, creating a private network that allows teachers to create groups for classes they are currently teaching or for people they want to connect with. Teachers can post events, assignments, instructions, polls, updates, photos, videos and more to the network.

“These kinds of experiences have a permanent mark on student’s memory,” said Betsy Whalen, Edmodo’s vice president of community engagement, in an interview with VentureBeat. “They’re thinking on higher-order much more quickly than learning from a textbook.”

Whalen gave the example of a level-two Spanish class in Iowa, teaming up with a level-one English class in Madrid. The classes connected through Edmodo, giving the students an opportunity to respond to each other in their native language as well as the language they were studying, becoming peer mentors and tutors.

Learning when you don’t even realize you’re learning is what Edmodo is trying to capture with this latest initiative. They are sending five people into the Tundra, with help from Polar Bears International, to hold three webcasts centered around polar bears. These people include University of North Carolina marine sciences professor John Bruno, York University environmental studies professor Greg Thiemann, Climate Law Institute Director for the Center of Biological Diversity Kassie Siegel, Edmodo curriculum coordinator Andy McKiel, and Don Moore, the associate director of animal care at the Smithsonian National Zoo. 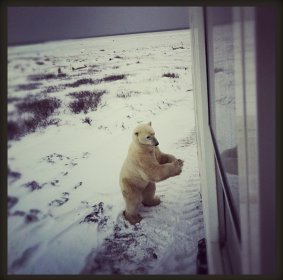 While there, the group will show video streams of themselves and the animals (screenshots of which are scattered throughout this post), PowerPoint presentations with polar bear data, and they’ll answer questions from students live. The first webcast was held yesterday and broadcast to over 1,700 classrooms in 40 different countries, and 48 states in the U.S. The reception has so far been positive.

One teacher, Mr. Wilson, created a public post asking his students, “What is one thing that you learned about polar bears, the arctic circle, global warming or being a scientist during the webinar? ” He received 22 responses. Our favorite was, “That you should not feed a polar bear, I call that ‘fed bear dead bear.'”

The posts show the children have been listening, but, as with all social networks, multimedia really rounds out the experience.

“Using technology in the classroom isn’t just about having a video,”  said Whalen, “It really does provide a window into the world. ”

Now Edmodo hopes teachers will form coalitions and organize more of these webinar events. There are over 4.3 million Edmodo users in many different parts of the globe. Edmodo students could be in for a world tour.