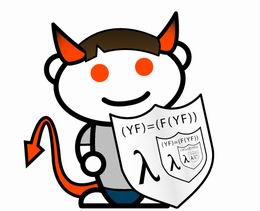 Running a massive online community is a tricky business. The administrators who police the site are trying to strike a balance between encouraging users to contribute and keeping unsavory and illegal behavior to a minimum.

Reddit, a news aggregator and online community which has seen massive growth over the last year, allows users to create subreddits, which are essentially themed forums centred around topics like technology, humor and thousands of more obscure pastimes. Over the weekend Reddit announced it will no longer allow suggestive subreddits focused on sexual content featuring minors.

It’s more of symbolic gesture than a real solution to the problem. From Tumblr to Facebook, the problem of child pornography is one that requires continuous policing.

On Facebook, for example, large communities existed around the obscure acronym “PTHC”. That’s hardly a suggestive title, like the subreddit “pre_teen girls” which sparked Reddit’s recent ban. But it is on the National Center for Missing and Exploited Children watchlist of terms related to child pornography, and it turned up hundreds of pages on Facebook, dumbfounding Facebook executives.

About six months ago a similar controversy erupted on Reddit over a subreddit called “jailbait”. The national media caught wind of the story and Reddit quickly shut the forum down. But it didn’t make any explicit changes to its guidelines. In large part that is because Reddit views itself as a bastion of free speech on the web. The community prefers to police itself and has a knee jerk reaction to anything it perceives as an attempt at censorship. That’s been a integral part of the site, and an important catalyst in Reddit’s pushback against the SOPA and PIPA piracy bills, a major victory for self-organizing internet activists.

In their blog post on the new ban, Reddit’s administrators tried to address this cultural conflict.

We understand that this might make some of you worried about the slippery slope from banning one specific type of content to banning other types of content. We’re concerned about that too, and do not make this policy change lightly or without careful deliberation. We will tirelessly defend the right to freely share information on reddit in any way we can, even if it is offensive or discusses something that may be illegal. However, child pornography is a toxic and unique case for Internet communities, and we’re protecting reddit’s ability to operate by removing this threat. We remain committed to protecting reddit as an open platform.