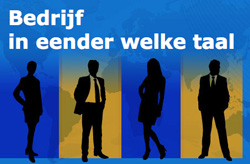 Blog publishers wanting to translate their works into multiple languages now have a range of human-powered translation options from translation company Speaklike. The company, which launched a translation service for instant messages last year, has built a plug-in for the popular WordPress blogging system used by VentureBeat and The New York Times.

The system isn’t instantaneous, but it uses experienced freelance translators rather than amateurs or machine translation.

Speaklike offers a pay-as-you-go system for small publishers, and an enterprise-scale service for bigger companies. According to Speaklike CEO Sanford Cohen, there are now around a million freelance translators around the world. Speaklike contracts to them as needed. The company has an internal rating system through which the best translators are promoted to enterprise services, and those who aren’t good are let go.

Independent bloggers pay around six cents per word for translations that are done within a day. Enterprise customers can pay for guaranteed one-hour turnaround, and can set up a terminology manager and style guide so that translators don’t mangle the product lingo on their sites.
“If machine translation were perfect, it would already be integrated into everything that we use,” Cohen told me in a phone interview. But the most important factor for selling translation, he said, is, “It should be easy. You shouldn’t have to think about it.”
The most obvious demo is atop Speaklike’s home page. Select one of the languages from the menu to read Speaklike’s site in Dutch, Chinese, or Ukrainian.