Update on June 15: It’s official. Spotify says the feature lets you “explore the tunes you would have had on repeat throughout the 00s, 90s, 80s, 70s and 60s based on your musical taste.”

A man who appears to be a Spotify engineer posted the feature to Facebook post last night, revealing a public link to a mostly functioning new service.

Spotify did not immediately return a request for comment on the matter, but the Facebook post explains it best: “Ever wondered which artists you would be listening to if you were born in another time? Spotify can help you turn your music back in time (smile emoji), try it out!”

Ever since Spotify (foolishly) nuked third-party apps, I’ve been hungry for a way to get recommendations. So it looks like some engineers have put together their own app, taking advantage of Spotify’s API and sizable catalog. Plus, piling on extra features isn’t a bad way to stand out after the announcement of Apple Music. 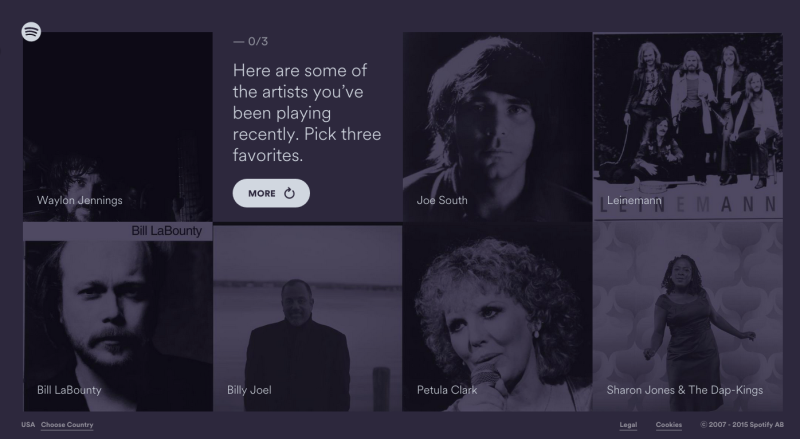 The feature appears to be working both on desktop and mobile, but I found that the desktop version is much more useful and responsive.

After signing in with your Spotify credentials, you’re prompted to select 3 favorites from a batch of artists. I noticed that they’re all either from the older end of my usual listening spectrum or are known to employ a vintage sound. The rap component of my music diet was only represented by Oddisee, who, besides being a genius, also employs a lot of live instrumentation and vintage equipment.

I selected Sharon Jones, Bill LaBounty and Waylon Jennings. (Side note: I have never listened to Leinemann, but I tried and they seem alright. We’re already learning things!) 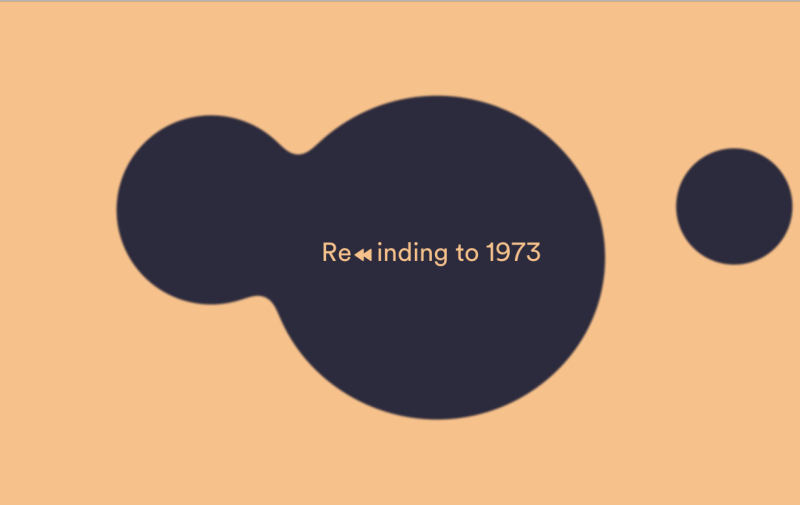 After a brief animation, I am presented with a new playlist created by decade. Here are a few: 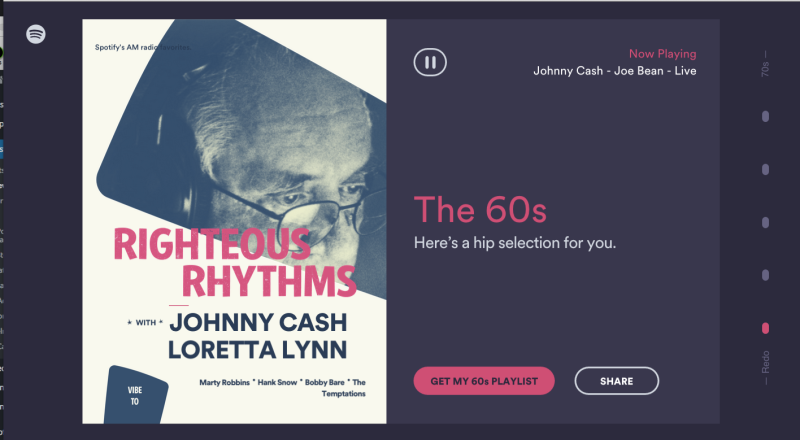 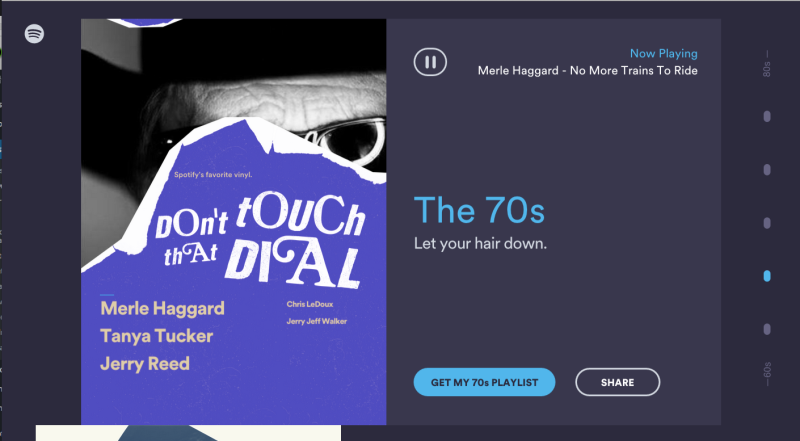 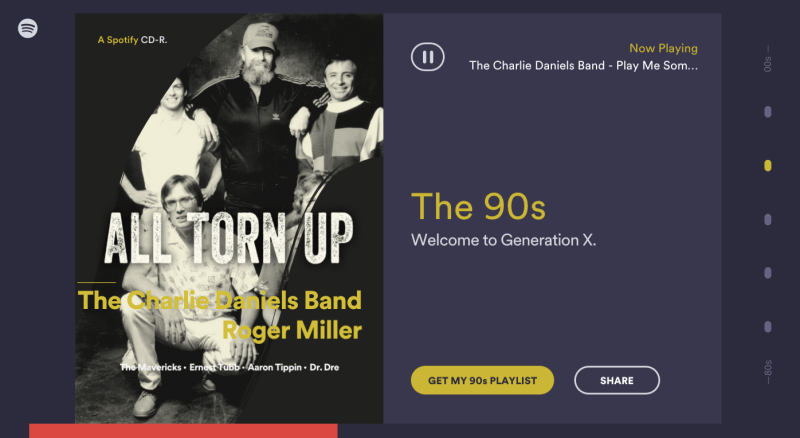 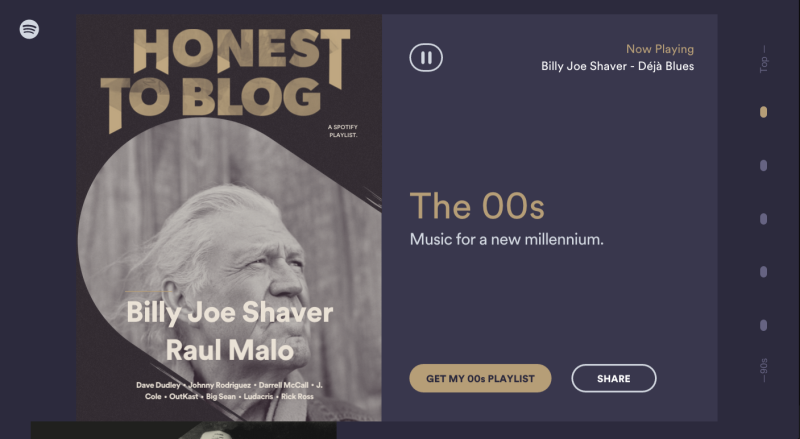 On repeated attempts, the pool of artists (from which I select 3) never really changed much. There would be a variable or two, but I saw Bill LaBounty, Sharon Jones, Joe South, and Leinemann every singly time. (Side note: I’m starting to like Leinemann a lot less.)

Several playlists — particularly the 60s and 70s — would show me a playlist with a truly beautiful cover design, but the playlist itself was empty.

The point here is that Spotify is taking my current-day tastes and applying the same sounds and preferences to the confines of specific decades. That’s a really fun idea, but so far it doesn’t work for an omnivorous musical diet in a satisfying way. The options are limited and doesn’t reach very far into Spotify’s impressive catalog of 30 million songs (Head to the Guardian for lots of weirdness).

When Spotify makes this thing more robust and far-reaching, I can see myself using it a lot. But so far, I’m still angry about how they nuked the third-party apps — I depended on things like Blue Note, the Hype Machine, and about five or six others to really widen and deepen what I listen to. This accomplishes neither, despite being fun to use and supremely well-designed.

Until Spotify steps it up, I’m trying to learn everything I can about Leinemann. (Seriously, I can find almost nothing! If you performed in Leinemann, please email me.)