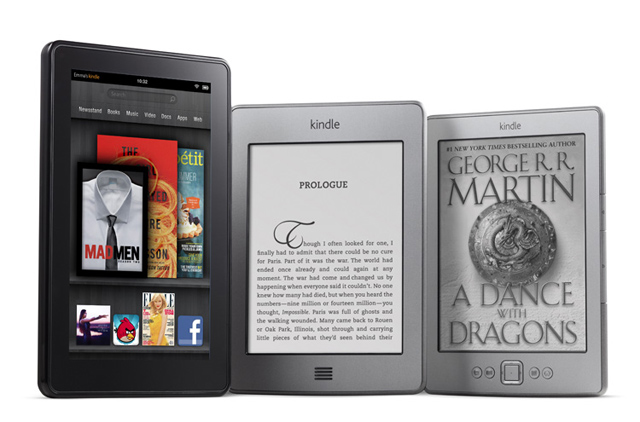 U.S. authors are not pleased with Amazon’s recently announced Kindle Lending Library and are claiming the powerful online retailer is “boldly breaching its contracts” with numerous publishers.

Amazon’s new Kindle Lending Library allows Kindle owners who subscribe to the premium Amazon Prime service to borrow one e-book a month for free. With more than 5,000 books to choose from, including big-name titles like Suzanne Collins’ “The Hunger Games” trilogy, Amazon is giving potential e-book buyers another reason to choose from the Kindle family instead of from Barnes & Noble or Kobo.

Amazon actually pays publishers a fee whenever someone rents a book for free, so why are they up in arms about the move? The Authors Guild, which represents more than 8,000 U.S. writers, says Amazon asked permission from major publishers to participate and after most declined Amazon’s offer, the retailer still decided to go ahead.

“Amazon simply disregarded these publishers’ wishes, and enrolled many of their titles in the program anyway,” The Authors Guild wrote in a blog post. “Some of these publishers learned of Amazon’s unilateral decision as the first news stories about the program appeared.”

On top of Amazon not getting their permission, publishers are concerned about consumer expectations of pricing. If a consumer can get e-books seemingly for free through the Kindle Lending Library, they may decide to stop paying for e-books, something that would be devastating to publishers who are trying to make the transition from print to e-books.

The Authors Guild asserts that the real reason Amazon went ahead with the Lending Library without publishers’ consent relates to the launch of the Kindle Fire, and “Amazon’s unexpected e-book device battle with Apple and especially Barnes & Noble.” That sounds on the money considering the emergence of the new $249 Barnes & Noble Nook Tablet and the price drop of the Nook Color to $199, which competes directly with the $199 Kindle Fire.

Some could argue that Amazon is acting like a standard library with its lending practices, but because Amazon has such an incredible reach, publishers may feel more threatened by it. On the other hand, publishers don’t get paid by the local library when someone checks out a book, so they are reaping some sort of benefit from the Amazon deal.