While Karim was responsible for uploading the very first video to YouTube way back in 2005, he hasn’t participated much on the site since then — that is, until now. In his first comment in eight years, Karim posed a very valid question that many long-time YouTube users have also been asking over the last week: “why the fuck do i need a google+ account to comment on a video?”

Google announced that YouTube would be switching over to a new commenting system powered by its Google+ social platform back in September. That means that, just as Karim points out, you must have a Google+ account to make a comment. 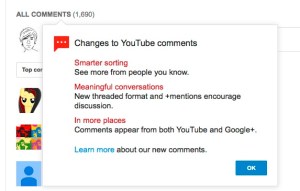 The site previously said it was making this change to produce more “meaningful conversations” on YouTube, something it hasn’t been known for historically. Google’s logic was that it would be able to produce the kinds of quality conversations that happen on Reddit, Twitter, and Facebook, something we pointed out as being a good thing when we first reported the news.

It’s worth noting that since Karim hasn’t commented on YouTube in eight years and no longer works for the site, it’s possible that someone compromised his account to make this point. I doubt that’s what happened, but it’s a possibility. Regardless, the comment itself seems to have sparked a very meaningful discussion about the whole Google+ requirement over the last day. 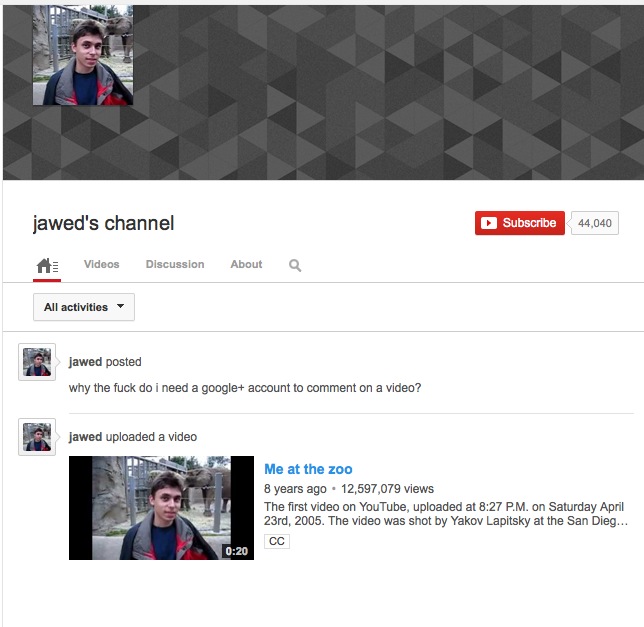