While Internet-based entertainment providers are definitely growing in a huge way — both financially and in terms of viewership — the television still has a lot of pull with people looking for some boob tube brainlessness.

The this infographic [below] from YouTube Downloader, a service that downloads YouTube videos for you to play anywhere else, compares YouTube’s success versus television’s. It’s obvious that there is still a ton of money to be made from television. 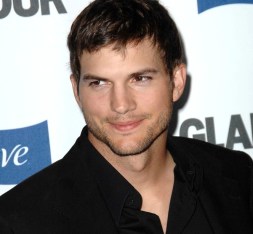 Above: “This is my ‘I make a lot of money’ smirk,” probably says Ashton Kutcher.

Two of the highest earning YouTube stars, Lewis Brindley and Simon Lane, still make only 41 percent of Ashton Kutcher’s salary on the CBS comedy Two and a Half Men. The former has earned $6.7 million from their YouTube channel BlueXephos, while Kutcher made $16.1 million for 23 episodes of Two and a Half Men.

Another way of looking at it, however, is that while Brindley and Lane likely didn’t have the formal training for screen time like the actors and actresses in Kutcher’s industry, they still make nearly half of his salary. That’s not bad.

Compared with some of the most viewed YouTube channels in August, channel PewDiePie had only 39 percent of CBS’ viewership.

That said, YouTube is still attracting tons of mobile viewers with over one billion videos viewed daily. Check out the infographic and tell us whether YouTube is doing a good enough job gobbling up television’s market.