The announcement came from GSMA Intelligence, the research arm of the trade body that represents the interests of mobile networks around the world.

The GSMA displays a real-time tracker for total connections and unique subscribers globally and, as you can see below, there are now a fraction more than 5 billion individual mobile users around the world. GSMA calculates the figure using an “extensive database of mobile statistics and forecasts” that are updated each day. 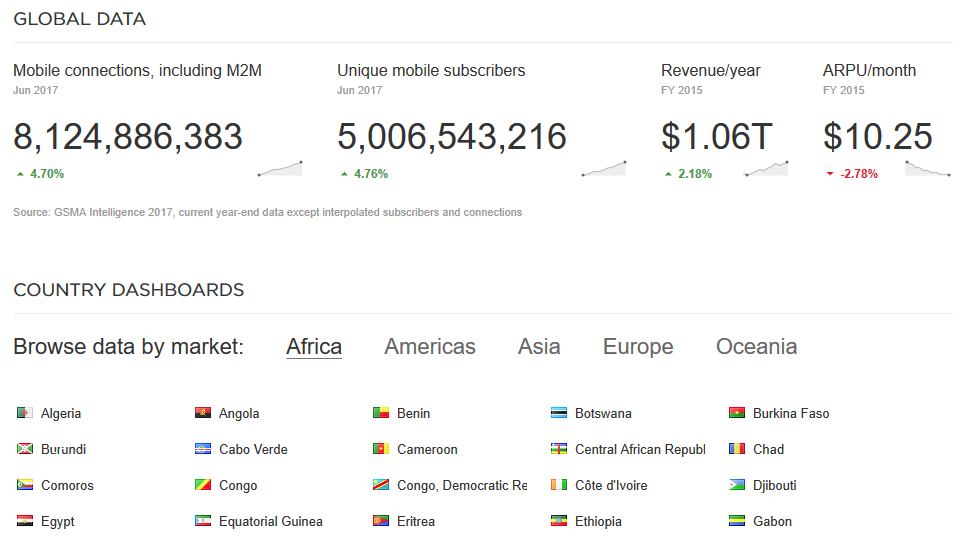 It’s worth noting here that mobile connections far outnumber individual subscribers, as many people have more than one SIM card, perhaps indicating multiple phones for their personal lives or two phones to cover work and social life. Some reports suggest that there have been five billion mobile phone connections since as early as 2010. The GSMA defines a unique mobile subscriber as: “…an individual person that can account for multiple ‘mobile connections’ (i.e SIM cards).”

“Reaching the five billion subscriber milestone is a tremendous achievement for an industry that is only a few decades old, and reflects the many billions of dollars that mobile operators have invested in networks, services, and spectrum over many years,” said GSMA director general Mats Granryd, in a statement. “Today mobile is a truly global platform, delivering connectivity and, perhaps more importantly, social and economic opportunities to citizens in all corners of the world.”

For context, GSMA data shows that there were one billion unique mobile subscribers in 2003, which doubled to two billion by 2007, three billion by 2010, and four billion by 2013. It has effectively taken four years for another billion users to gain a mobile phone connection, up from three years for the previous billion, which suggests growing penetration. 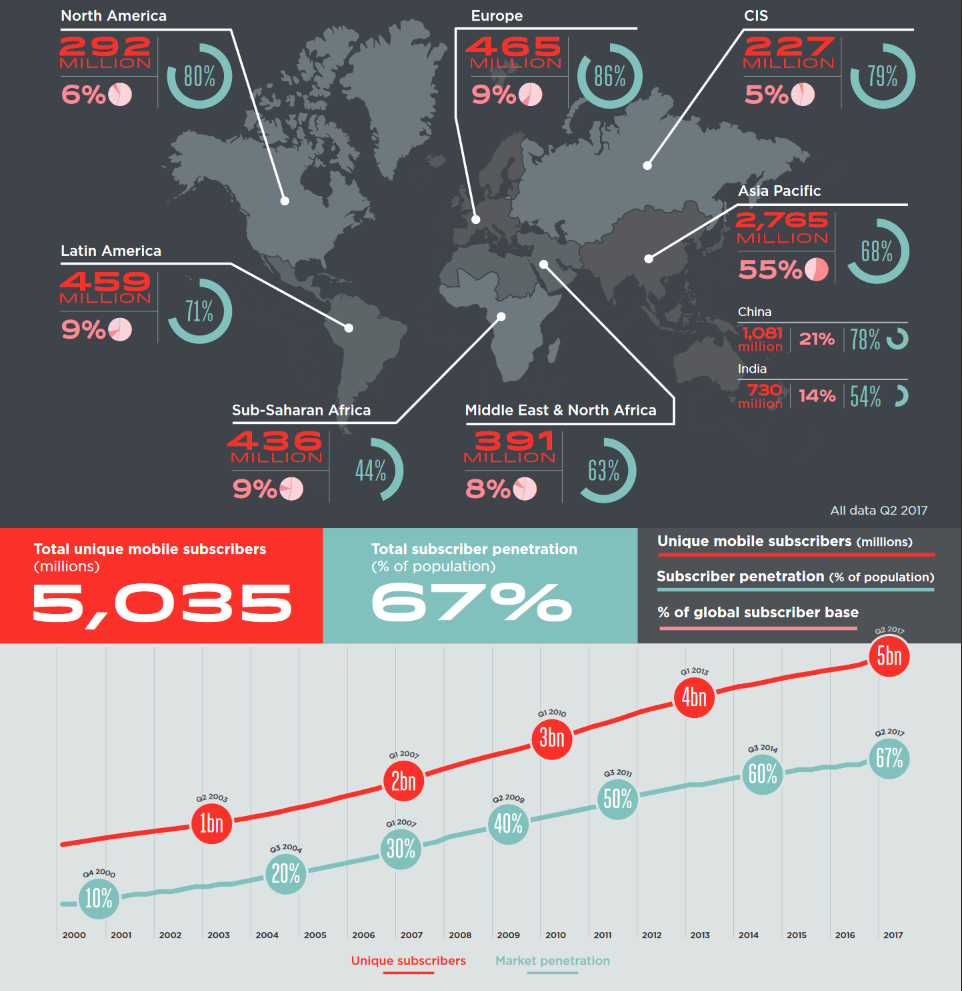 Indeed, GSMA data shows that we’re now at around 67 percent penetration for mobile phone uptake. But digging down into specific regions shows that both North America and Europe sit at more than 80 percent, with sub-Saharan Africa at a mere 44 percent.

India, too, represents a major market for potential growth, with just 54 percent penetration at present, but it is growing fast — it’s now thought to be the world’s second biggest market in terms of smartphone shipments.

By the end of this decade, GSMA estimates that there will be 5.7 billion unique mobile phone subscribers, representing around three-quarters of the world’s population. It’s thought that India will account for around 30 percent of this growth.

“Subscriber growth opportunities over the coming years will be focused on connecting mainly rural, low-income populations; operators are developing a range of sustainable solutions to deliver affordable connectivity to underserved communities,” continued Granryd. “Meanwhile, in mature markets where subscriber growth is slowing, operators are evolving their business models to capture increasing value within the expanding mobile ecosystem, and providing the platform for a new digital world as we enter the 5G era.”