Montreal, Canada-based startup AmpMe announced today that it closed an $8 million funding round led by Relay Venture for its portable sound system. The investment is intended to beef up its talent, product, and strategic partnerships. On top of this news, the company also shared that its service is now integrated with YouTube, allowing users to access the video social network as a music source.

AmpMe’s iOS and Android app offers a sound system alternative to portable speakers by syncing the music playing in your phone with “an unlimited number” of your friends’ phones and tablets. You know, for those moments when you go to the beach and forget to bring speakers, but still want to play Drake’s “One Dance” to disturb the family sitting next to you. 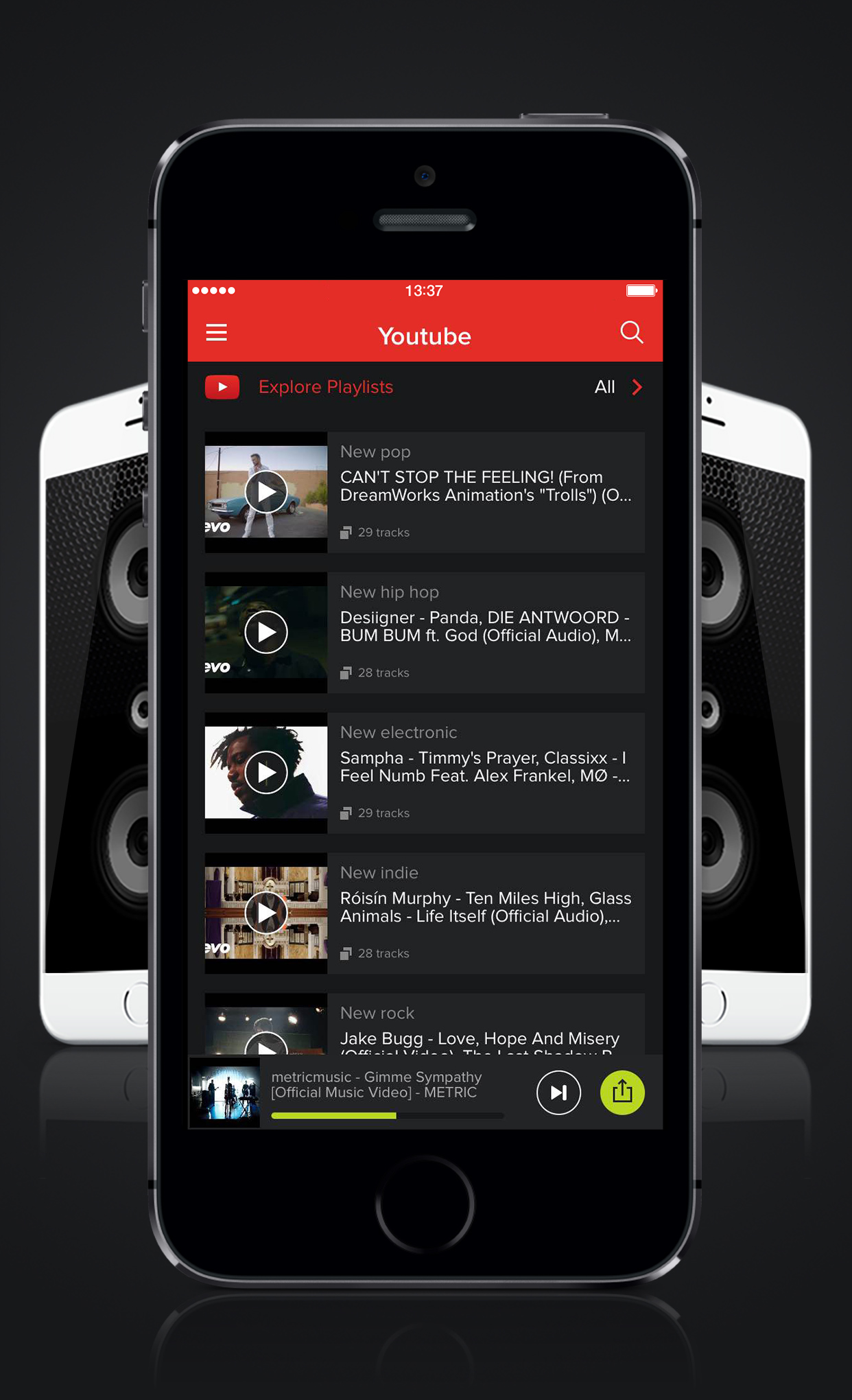 CEO Martin-Luc Archambault told VentureBeat, “We’re going to end up making portable speakers obsolete. Just like point and shoot camera sales are plummeting because the camera on your iPhone or Android is amazing, I think the same thing is going to happen with external speakers. As the hardware becomes better and better, AmpMe will become the way we all listen and enjoy music together.”

As the company seeks to increase growth, it has set its sights on doubling its number of employees (currently 10) over the next year. Also, it will be adding music sources beyond YouTube and SoundCloud, although no specifics were provided, and launching more interactive features such as song voting, enabling multiple DJ controls, improving sharing to social platforms, and allowing different songs from multiple sources to be added to the playlist.

Since launching 8 months ago, AmpMe said that its app has been downloaded more than 2 million times. The addition of YouTube as an additional source offers users an opportunity to tap into a large repository of music. With it, users can select the video social network as the source, search for a desired video or scan curated playlists for their favorite artist or genre, then hit play.

Archambault believes that AmpMe will become “the way we experience music in an impromptu social setting. Of course audiophiles will always have their Sonos system or Bang & Olufsen multi-thousand dollar systems, but AmpMe is the solution for the rest of us who want to experience music with friends in social settings, are cost-conscious, and want access to all music wherever they are.”

To date, AmpMe has raised at least $10 million.