In June 2019, Apple used its annual Worldwide Developers Conference to split iOS into two somewhat separate variants: iOS 13 for pocket devices and iPadOS 13 for tablets, a distinction Apple suggested would let iPads mature into their own platform without getting stuck supporting iPhone UI/UX limitations. One year later, the tablet OS is getting its second major release — iPadOS 14 — though this year’s changes don’t appear to be especially huge.

Apple suggested that all of the features announced today for iOS 14, including Widgets for the Home screen, are also coming to the iPad. Exclusive to iPads, however, Apple is adding a sidebar to many apps, enabling users to access multiple features from an app within a slide-over sidebar found consistently across the side of the screen — a parallel of the sidebars often seen in macOS apps. 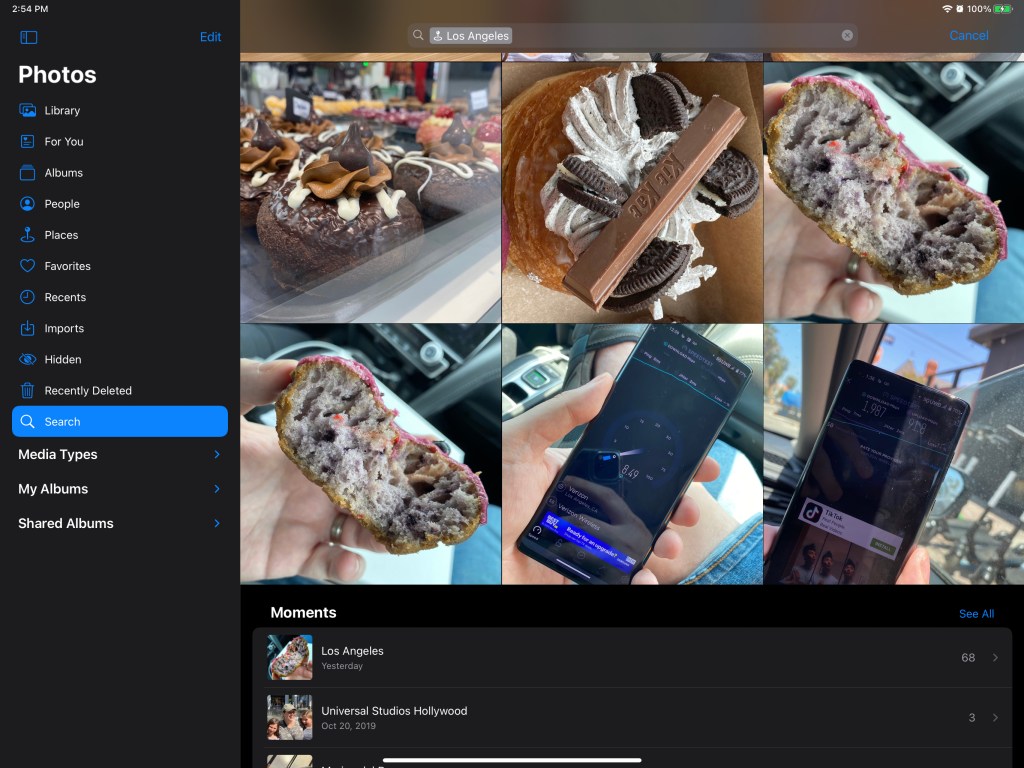 For instance, the sidebar is now displayed by default when you open Photos, providing a list of all the various sorting options you can choose from, including various media types, personal albums, and shared albums. A quick tap of the sidebar icon — located in the upper left corner of the screen — brings the iPad back to its standard full screen mode.

Siri, Calls, and other apps that typically occupied the full screen are instead being shifted over to smaller screen elements — calls come in as a notification, and Siri only occupies a tiny circle at the bottom of the screen. These features, Apple notes, are also coming to iOS. 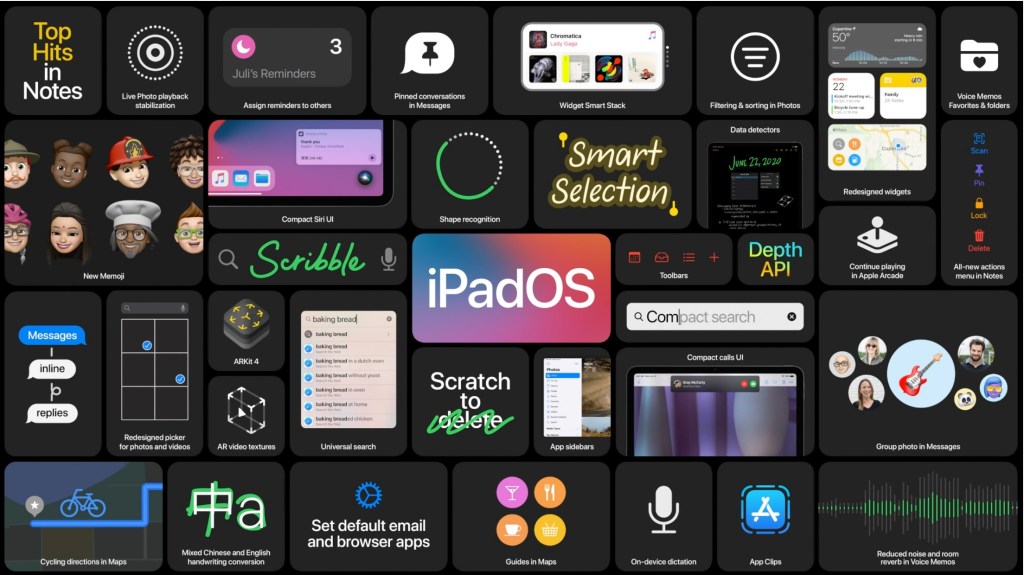 Search has been upgraded to “Universal Search,” akin to the feature on macOS, which now will be able to search and launch apps, including access to web searches, in-app content, and more. You can type a few letters to launch web apps.

One of the biggest iPadOS tweaks is to Apple Pencil. On iPadOS 14, handwriting will be “as powerful as typed text,” with a feature called Scribble that will let users use handwriting as an input option for searches and fields on websites. Selection tools will also work on handwriting, as distinguished from drawings.

As one of the most popular iPad and iPhone accessories, AirPods will gain the ability to switch instantly from iOS devices to iPadOS devices as users move between them — something that was promised when the original AirPods were released, but never surfaced as an actual feature. Apple is also adding support for spatial audio when using AirPods Pro with an iPad or iPhone supporting Dolby 5.1, 7.1, or Atmos.

The developer beta of iPadOS 14 is available now through Apple’s web site. A public beta will follow in July.