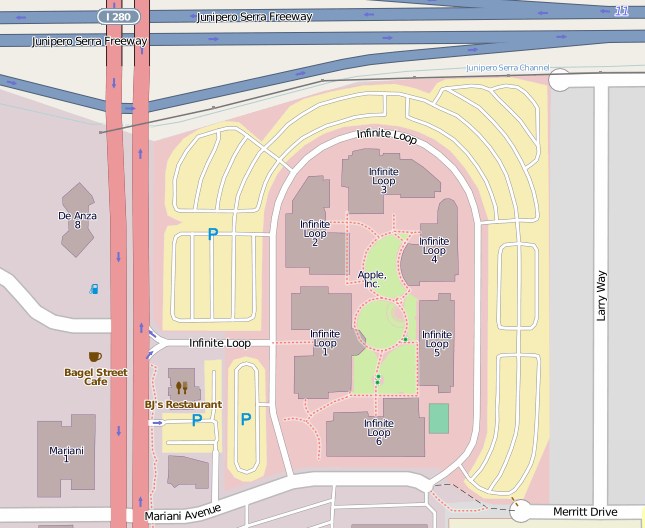 How important is attribution? If you’re OpenStreetMap, vitally.

OpenStreetMap (OSM), essentially a Wikipedia for geography, has caused quite a stir as of late over something seemingly quite innocuous: attribution in Apple’s iOS iPhoto app, which uses OSM data. Only users would never know, as Apple notoriously failed to actually attribute the source of the map information to the OpenStreetMap Foundation.

That finally changed on Thursday, when Apple added the brief bit of text acknowledging that OSM’s contributors were the source of the map information.

Two months late, the addition, while seemingly important to outsiders, was a major vindication for the OSM Foundation. An open source effort, OSM asks for nothing if not credit for its work.

OpenStreetMap board member Richard Fairhust called the move a big step forward, even if Apple didn’t initially give OSM the credit it deserved, in an interview with Talking Points Memo.

“If the biggest computer company in the world, one with a perfectionist instinct, feels that OpenStreetMap data meets its needs and is happy to publicly attribute us, then that’s a great vote of confidence in our community’s work,” he said.

The bigger news, however, is that Apple was using OSM data in the first place. Apple, which still uses Google Maps data in the default Maps app for iOS, has been slowly distancing itself from the Google product.

Part of the reason, certainly, is financial. Google announced last October that it was implementing usage limits on services using its Maps services. The move, which Google said would affect few developers, nonetheless caused a flurry of high-profile departures from the service: Foursquare partially jumped ship in February, and Wikipedia followed soon after with its mobile apps. In the place of Maps, both companies began using OSM data (and they remembered to credit the OSM Foundation for its work.)

But for Apple, it’s more than just paying to use the Google service.

Like nearly all of Google services, Google Maps is about locking users into the Google ecosystem. This creates an inevitable conflict of interest between Google and the competing companies that build products on top of its maps. So it’s not much of a shock that rival companies like Apple and Microsoft (which is heavily invested in OSM) are railing against Google Maps with their own efforts.

For Apple, a Google Maps competitor has yet to appear. But if the company’s recent acquisitions of map-focused companies are any indication, such a product isn’t too far away.