Update July 24: Swatch denies that it is working with Apple.

Apple has been working with at least one partner, Swatch, to release a line of smartwatches in variety of branded styles and price points, a source with knowledge of the situation tells VentureBeat.

While most Apple-watchers and media have been laser-focused on one or two “iWatches” from Apple itself, the Cupertino, Calif.-based electronics and media giant may actually be working a number of partners in the watch business.

Apple and its partners will offer a family of smartwatches to suit all tastes “from geek to chic,” our source says.

The tech giant is interested in pushing its iOS, iTunes, and Health Kit ecosystems to millions of wrists, our source says; and in this case it’s not particular about sharing the branding glory to do so.

The Swatch Group, it turns out, has come along way since selling us those goofy plastic wrist adornments in the 1980s. The Swiss conglomerate is the largest watchmaker in the world, with a market cap of more than $33.5 billion, and makes watches in many styles and price points under 18 different brand names.

This also suggests the possibility that Swatch could be building one or more Apple smartwatches that bear only the Apple brand. 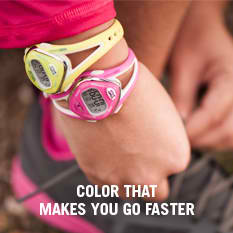 Our source also said “he would be shocked” if Apple weren’t also working with Timex on one or more smartwatches. Timex already has an Ironman brand of fitness watches, which might be very compatible with a fitness watch that contains multiple biometric sensors in the band, which Apple appears to be developing, as VentureBeat reported earlier.

Like recent smartwatches from Samsung, LG, and Motorola, the smartwatches Apple is building with partners will contain no cellular radio and will rely heavily on smartphones for communications and content, our source says. The watches, our source believes, will rely on Bluetooth low-power to link with smartphones.

It isn’t the first time Apple has collaborated with a trusted partner, as Current Analysis analyst Avi Greengart points out. The company has built Nike fitness tracking technology into its iPods and iPhones, for example.

Not just tech, but fashion

Behind the partnership strategy is a realistic recognition of the market for wearable technology.

Smartwatches, Apple knows, aren’t just another tech gadget. They are fashion statements, jewelry. Consumers buy watches, smartwatches included, like they buy shoes or dresses — they expect to be able to choose from a wide range of products to find the one that suits their own personal style. One-size-fits all just won’t cut it.

Watches are also status symbols, like cars. People will often buy the blingiest thing they can afford.

Apple, of course, has virtually no experience with these issues. So it wisely is working with partners to build and market the devices.

“It makes sense that they would try to work with existing brands,” Greengart says. “And the fact that they have been getting people from luxury goods brands to work on the project would seem to back up the idea that they’re working with other brands.” 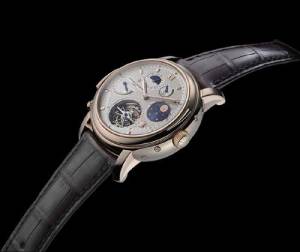 Above: Wristwatches can cost anywhere from $5 to more than $5 million. This one, from Vecheron Constantin sells for $1.3 million.

Indeed, Apple has hired a number of luxury goods executives over the past year. The most recent hire is Patrick Pruniaux, TAG Heuer’s former vice-president of sales and retail, whom Apple poached earlier in the summer.

Greengart points out that these and other fashion industry people might have been hired to work on Apple’s own smartwatches, in addition to its retail plans. But notice that Pruniaux is a sales and marketing guy, not a designer or an engineer. Apple may have needed Pruniaux’s name to help advance the Apple brand in the retail fashion world.

Despite the partnerships, our source points out that Apple may also be developing a smartwatch or smartwatches that will have its own branding exclusively. So the iWatch may be real, after all.

As Gartner analyst Van Baker has pointed out, confining one’s efforts to building a single sensor-laden health and fitness device is no way to take the market by storm. Only a sliver of the marketplace would even consider buying a device like that.

Apple is increasingly concerned about reaching (and hanging on to) a mass-market audience, and to reach a broad range of consumers it will almost certainly need the help of some well entrenched watch brands.

So the iWatch, if it’s called that, might hit the market alongside watches from Swatch, Timex, or others that are compatible with Apple’s Health Kit and may even contain Apple’s technology.

Neither Apple, Timex, nor Swatch responded to requests for comment by noon Pacific Time Wednesday.